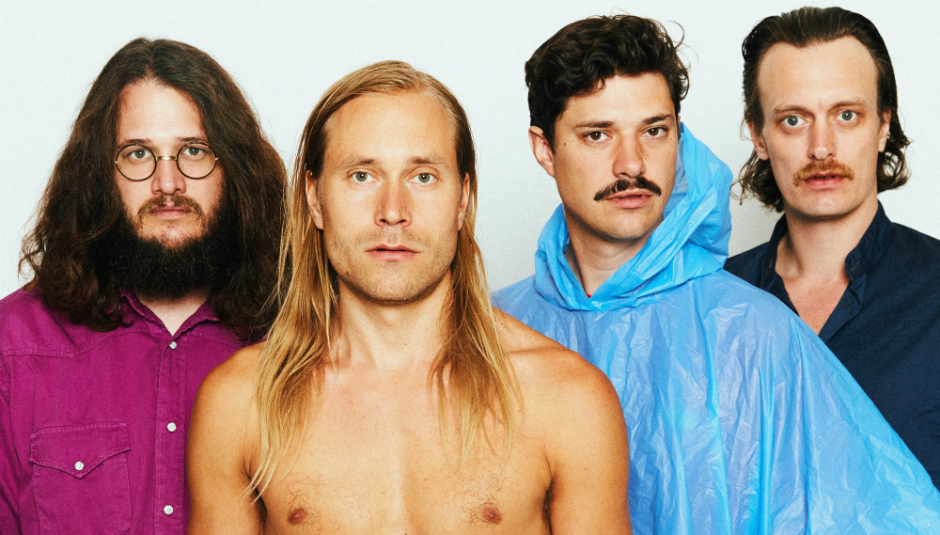 LIIMA’s tradition of abandoning familiar routines began before they were even a band. It was 2013 when Casper Clausen, Rasmus Stolberg, and Mads Brauer first met Tatu Rönkkö, who, within a couple of years, would prove the catalyst behind its formation. The three Danes – who remain the key components of Efterklang – were promoting the release of their fourth album, Piramida, and their search for a new touring drummer brought them face to face with the Finn. From that moment on, there was no doubt who’d fill the drum stool. “He killed it!” Clausen grins. “He wasn’t only playing the sickest beats, but he’d look up and smile at you, and just keep doing his thing.”

As with previous album ii, they worked fast, spending just five days tracking 1982 in a vast live space, an old wooden ballroom. This time, though, they broke habits established on their first record, which had seen them merely documenting the songs they’d worked up during previous months. With Grizzly Bear’s Chris Taylor as co-producer, they continued to refine their tunes. “It was clear from when we started working with him,” Stolberg says, “that he wanted it to be an ‘album’. He made sure the groove was there, and that there was a direction.” Afterwards, LIIMA allowed themselves the luxury of post-production in a Copenhagen studio, adding or beefing up lines and re-recording a few vocals, something they’d resisted with ii.

We sat down with Clausen, who gave us the lowdown behind the meaning and inspiration for each track.

The title track of the album, my birth year and a song we wrote in our residency in Berlin at the Michelberger Hotel. The song is lyrically making peace with a past that I decided not to make sense of anymore. It also became a very clear reference point for all of the members in Liima, as we’re all born in the years around 1982.

The song was originally called 'Harry Potter', but we were not allowed to give it that name since it’s under copyright protection, so we found another only child; David Copperfield. It’s one of my personal favourites on the album. The song was written in Viseu, Portugal, during the Jardins Efémeros festival.

We were in a 5-star hotel near Oxford Street in London when we wrote this song, wearing white robes and eating expensive breakfast, living like kings for 4 days... And this song came out of it; 'Life Is Dangerous'.

The basic idea for this song was based on the Joy Division song ‘Atmosphere’. We just started jamming on top of the album song and at some point turned down Joy Division. This is more or less what was left. Lyrically, I also stole a few lines from the song, but customized the message and structure by erasing and adding lines and words. This song was written in Berlin.

'2-Hearted' is about a conflict of the love for two different directions - wanting two different people or opposite directions in life at the same time, and trying to find an acceptance of the situation rather than a choice. We wrote this song in Viseu, Portugal, summer last year during a residency at the incredible Jardins Efemeros Festival. It’s the first song we made using the often-damned auto-tune effect. We feel the auto-tune contra the clean vocal fits the duality of this song.

It all started with a beat made from the sound of the urinals of Hotel Astoria, Copenhagen, where we did our second residency during Frost Festival in February 2016. 'Kirby’s Dreamland' is also the title of a Gameboy game starring Kirby, a big white creature running around the woods who has a huge appetite for food, which makes him able to fly like a balloon.

Jonathon I Can't Tell You

There’s a guy in Stranger Things, I think it’s that guy...

My Mind Is Yours

A quick jam that we wrote in Michelberger Hotel in Berlin, inspired by Jimi Tenor’s ‘My Mind’ that we brought with us and finished while recording 1982 in Mankku Studios in Porvoo, Finland.

1982 is out now via City Slang. For more information about the band, including forthcoming tour dates, please visit their official website.

All Hail The Future Sound Of Glasgow:...

"I'm terrified of the music industry"...