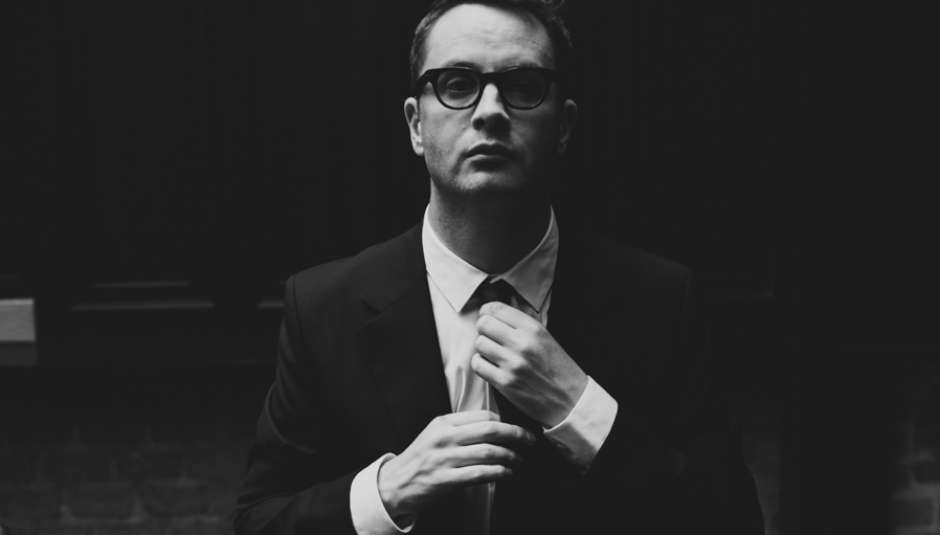 Acclaimed director Nicholas Winding Refn (The Neon Demon, Drive, Only God Forgives,) is as well known for his music knowledge as he is for his directorial skill. A keen record collector, music is often the creative catalyst for Refn before writing and filming begins: unlike many directors who use image as a starting point, Refn starts with music and builds his ideas from there.

Refn has now given cinema-goers a unique insight into this creative process by releasing a self-compiled album, The Wicked Die Young, made up of the song choices that inspired him to make his latest film, ­The Neon Demon.

“The fourteen tracks on this compilation represent the various ideas I had while preparing The Neon Demon,” Refn explains. “Each song represents a specific emotion…since I wanted my film to be both a horror film and a melodrama with camp, glitter and vulgarity, as well as a comedy and of course a little science fiction, all these various tracks made me able to step into a parallel world to tell the story.”

Envisioned as a companion album to the critically acclaimed The Neon Demon soundtrack, The Wicked Die Young is an eclectic selection of genres including electronica, punk, and disco. Not only does the collection give a fascinating insight into the controversial extremes of emotions which make up the subject matter of The Neon Demon , it is also an exploration of the links between music, image and storytelling.

DiS caught up with Refn who told us more about the compilation and how music inspires his filmmaking.

DiS: You’ve mentioned previously that you gravitated to filmmaking via music rather than photography like many other filmmakers. Can you tell me more about this decision?

Nicolas Winding Refn: I don’t know why that was the case and I’ve never wanted to know why. It’s more interesting not knowing.

What type of music did you listen to during your formative years? Has this changed significantly over time?

I’ve always liked all kinds of music, but of course, the older I got, the more knowledgeable I became about the various genres of music and that lead me to become more interested in the fringes of music. To me, there is no difference in what plays on the radio compared to what’s being made in some remote area of the world. I like to listen to whatever I react to.

Was there a film soundtrack that first triggered a love or fascination with film scores for you? What soundtracks have particularly inspired you as a filmmaker?

The soundtrack for Once Upon A Time In The West was my first introduction to film music and the power of it. I heard the music multiple times for many years before I actually saw the movie.

Your work is renowned for your ability to match music to cinematic image in daring, oppositional and often unconventional ways, Kubrick-like. Can you tell me more about the process you go through when linking sound and image?

The images usually come from music so it becomes very fetishized for me. Music heightens your sensibilities and gives you the opportunities to go beyond what you would expect to find.

You mentioned that the music you listened to whilst making The Neon Demon enabled you to step inside a parallel universe to tell your story. How did you go about selecting that music?

It’s not so much that there was a process, it’s what I saw the film would be if it was solely a piece of music. There is something very limited about filmmaking that music doesn’t suffer from. So in a way, what could be interesting is using a complete unlimited force to dictate your way into something that essentially is a very limited and conventional art form.

The Wicked Die Young feels like a fascinating insight into how music helps to form characters, images, and ideas in the mind of the filmmaker. Why was it important for you to put something like this out? What inspired you to do this?

I created a track list for the crew and actors prior to making the movie as a sort of inspiration. It was a lot of fun and I discovered that it became a very satisfying way for the movie to continue to alter how we experience a piece of entertainment. A movie is very regimental nowadays. It’s still a 90–120-minute art form that is very restricted and controlled. But for me, The Neon Demon is not just the movie. It’s everything around it.

Releasing The Wicked Die Young, which was the origin of the original idea, became an extension of the project, like an experiment, just like the symbol of the triangle which I have used in other activities afterward. Vanity Fair in Italy gave me an opportunity to do a still photography version of a project that became Beyond The Neon Demon. So everything just keeps on evolving and moving.

Did Cliff Martinez know about the song choices that inspired you before he wrote the score for The Neon Demon? Can you tell me more about your long-term collaboration and how that came about/how it continues to progress?

Cliff was aware of some of the songs, but I think there’s a difference between what inspires me and what inspires him. He works by what I have done, which inspires him to do what he does. And he’s so brilliant at it that, similar to what it was like working with Elle Fanning, he became an essential piece to the actual film’s creation. We met on DRIVE when I hired him and it became such a successful collaboration both personally and professionally that we both felt why not just continue a good thing?

What are you hoping listeners can glean about the process of combining image and sound through The Wicked Die Young?

There is a considerable amount of punk on the album. How did you first discover punk and what is it about that genre that is appealing to you?

I grew up in New York and though I’ve never really cared for the look of punk, I certainly gravitated toward the sensibilities of punk.

The music choices on the album also seem to be at extremes – so the punk of Sparks or 999 versus the delicate, almost magical compositions of Claudio Gizzi. Then there is the pulsating electro-pop of Electric Youth and Nicolas Winding versus the romantic pop of Lindsey De Paul versus Dionne Warwick. Can you tell me more about these extremes and how they link into the characters and ideas in the film?

Not all secrets should be revealed, but I will say that I like extremes and the more extreme, the more dramatic it will feel.

Electro-pop also features heavily on the album. How did you first come to discover this genre? Did that come before or after you discovered punk music? Do you enjoy the extremes of the two genres?

I like everything, but the electronic wave was very prominent when I was growing up in New York in the early 80’s. Electro-pop and punk kind of interlink because like hip-hop, they are very defining of the various genres. Like always, I love extremes.

You are renowned for your vinyl collecting – what are your most treasured records?

I wish I owned more, but I do like to collect. I don’t know that I have any treasured records, but I actually still have the original copy of Once Upon A Time In The West soundtrack that my mother had back when I was growing up.

Cinema seemed to go through a period of neglecting the importance of the soundtrack; your work seems to have made a considerable difference to that. What are your hopes for the future of music and cinema?

The Wicked Die Young is available to buy now.

“We went from national treasures to a...

Tangerines' Track-by-Track Guide to I...