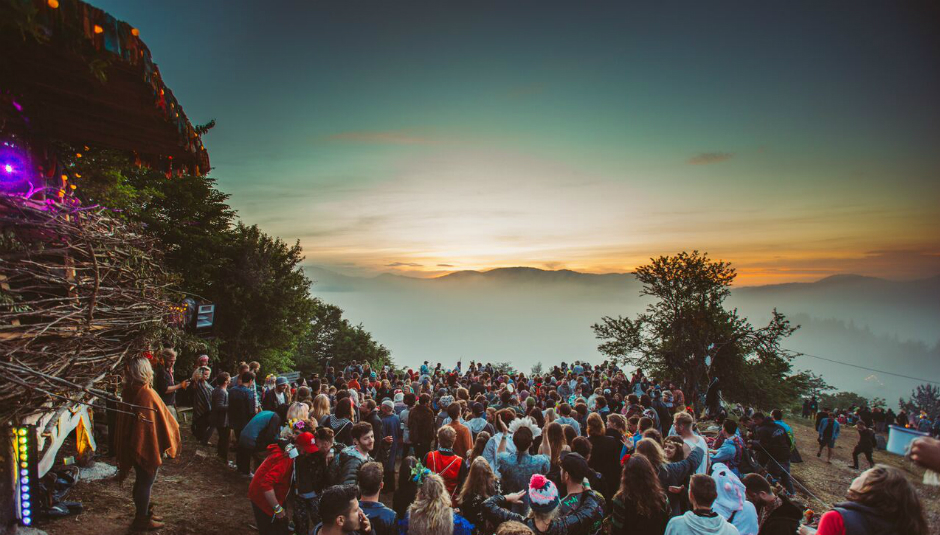 The clocks have gone forward, the nights are shorter, and you’ve released your transitional jacket from its winter purgatory at the back of your wardrobe. This means one thing friends, dirtbags and music lovers: yes! Festival season is with us once again.

Unfortunately, despite something like 4,000 festivals happening annually across Europe, it feels that most guides parrot each other, focusing on the same events and not giving oxygen to the thousands of little guys for whom booking Ed Sheeran is as remote a concept as Ed writing a song that wasn’t boring enough to purge every last tear from your body.

So with that in mind, here’s 11 that clock in with a 5,000 capacity and under (with the exception of Deer Shed that has 6,000 but warrants inclusion due to its DiS-friendly line-up.)

We’ve tried to include something that will appeal to every type of festival-goer, as not everyone wants to stay up for three days in a Sissyphean effort to discover their spirit animal, just as not everyone wants to stay glued to a stage watching the latest exponents of South East London’s indie scene. I hope it provides inspiration for you to get out and try something different this summer. See you in the fields!

Ypsigrock might take place in a tiny 14th-century Sicilian town, accessible via a snaking two-hour drive into the Madonie mountains outside Palermo, but it still manages to attract some of the most lauded names on planet indie rock. Mudhoney, Belle & Sebastian, Dinosaur Jr, Future Islands, and Primal Scream have all previously owned the main stage, which basks in the looming shadow of Castelbuono Castle. The festival’s impeccable indie credentials are carried into 2017, with Beach House, Ride, Digitalism, Car Seat Headrest, and DiS faves Cabbage lined up to rock the primarily Italian and Sicilian audience. Needless to say, we had a great time there last year.

Blissfields has stealthily built a reputation as one of the great survivors of the UK festival calendar. 2017 will be its 17th edition, and it inhabits a space somewhere between the hedonistic, dress-up tomfoolery of Secret Garden Party and Camp Bestival’s family-friendly ho-down. This year sees an impressive line-up, with Ninja Tune’s cult nu-jazz act Cinematic Or-chestra alongside Metronomy, Lady Leshurr, Sundara Karma, and UK-festival mainstay DJ Yoda, who’ll be performing a special Stranger Things mixtape that’ll get the mums and sons fist-pumping in unison to Foreigner. This year they’re also offering free hot air balloon rides, which sounds fun but best avoided until you’ve shaken off your hangover.

All Pete The Monkey’s profits go towards the Jacj Cuisi monkey sanctuary in Bolivia, and we reckon that’s just fine. With just 1,000 people descending for the annually themed events - this year is ‘Amazonian Playground’ - it turns the Normandy seaside campsite into a three-day revelry of dress-ups, performance, music, and what you might call Gallic misbehavior. With such a diminutive size you’re obviously not going to find any big names on the line-up, though last year pop polymaths Ten Fé and the Domino-signed Francois And The Atlas Mountains did their thing.

Soundwave has one of the most diverse line-ups on the calendar, with everything from legendary skewed hip-hop (The Pharcyde) to nu-soul (Laura Mvula) to 21st-century jazz-funk (Yussef Kammal). One thing’s for certain: there won’t be any landfill indie bands on a tenth anniversary tour and, yes, you’ll likely be grateful for that. For those who want to push until sunrise there’s legendary onsite nightclub Barbarella’s, and if all the late nights have you flagging, head for a restorative splash in the waterfalls at the nearby Krka National Park.

Meadows In The Mountains takes place deep into Bulgaria’s Rhodope mountains and is home, arguably, to Europe’s most Instagram-friendly festival sunrise.

The music is consistently house and techno after sundown and serves a discerning electro crowd; you’ll not pass a day without hearing a breathless eulogy to Berghain’s Panorama bar. It’s pretty full on party-wise, and the days sees bands playing hip-hop, rock, jazz, and a fair wallop of gypsy-folk as everyone recalibrates their serotonin levels in preparation for the night ahead. Local villagers rent out their houses to festival goers and booking one is an intrinsic part of the Meadows experience; coming back to your house at 9am, to be greeted by your hosts with a warm smile and a round of rakija (plum brandy) is a strangely life-affirming experience, presuming you can get it down.

Arctangent describes itself as the ‘UK’s only festival dedicated to the very best music from the worlds of math-rock, post-rock and noise rock” and, try as us ashen-faced content-creators might, you’ll not find a tighter summation of its raison d’être.

Taking place on Fernhill Farm, 10 miles outside of Bristol, Arctangent has established its reputation to the point where headliners are read out on Daniel P Carter’s Rock Show; 2017 will see Massachusetts metalcore chieftains Converge top the bill, with Explosions In The Sky coercing everyone into a place somewhere between the most divine ecstasy and slumber. Elsewhere there’s Tesseract, Sikth, Tricot, and someone/thing called Wot Gorilla. There isn't a huge amount of bells and whistles - other than a silent disco that goes on until 3am - but that’s not what it’s about, remember?

Going down on a pair of islands 65km off Norway’s eastern coast, and accessible only by chugging motorboat, the divinely remote Træna is likely to induce bouts of philosophical torpor.

With such a distant locale it’s unsurprising that the acts have a Scandinavian twist, with the likes of Jenny Hval, Ida Maria, and Olaf Arnald all playing in previous years. John Doran wrote a touching review of it for The Quietus where, amongst the whale-eating, sauna-sweating and beer-swilling, he speaks of a trip “spent in some kind of pleasant fugue state of stumbling around with one’s mouth hanging open.” It's fucking majestic, as we discovered for ourselves in 2015.

Deer Shed has landed a trio of intriguing headliners in Teenage Fanclub, Kate Tempest, and Divine Comedy, but throughout the line-up are feted indie things touring the fuck out of well-received records; Teleman, Happyness, Cabbage, Goat Girl and The Big Moon, not to mention Scottish minstrel King Creosote, who has definitely released more than one album (current estimate: about 60) and will have everyone dewy-eyed with his eccentric brand of Celtic folk.

There’s also a big spoken word and literary output, and plenty of science, sport, and craft workshops for kids and their half-cut minders.

There’s an illuminating line in the Event Info section of Fire In The Mountain’s website, which I reckon tells you everything you need to know about this folk, roots, and bluegrass festival: ‘This is not a pop-up tent and can of Tuborg festival. The farm is in remote mid-Wales, in the foothills of the Cambrian Mountains.’ V Festival this ain’t, and blessed is the Lord for his tangible mercies.

Fire In The Mountain started life 2009 as a ruse to raise money for the refurbishment of the farm on which it takes place, and is true manna for the fan of the fiddle and twanging banjo. Last year saw performers from such deities as Foghorn Strongband, Corn Potato String Band, and Stompin’ Dave and his Bluegrass Band (from Dorset, obviously), whilst its on-site sauna is surely the most hirsute in all festival land.

It’s unlikely you’ll know where Perk is. Perk doesn’t even have a Wikipedia page which, as well we all know, means it doesn’t really exist.

Fortunately, Perk does have Paradise City. Set amongst the grounds and moat of the 17th-century Castle Ribaucourt, a bus ride from Brussels city centre, Paradise City styles itself on the experiential model inherited from the likes of Burning Man, and is as ecologically sound as an event where people spend three days drinking and eating out of plastic containers can possibly can be. Last year they used 100% solar energy, managed to recycle 62% of waste and achieved a wealth of eco goals that saw it win the OVAM Green Event award, given to the most planet-happy event in Belgium.

The last festival is both the newest and the tiniest. Over two days in July, the 19th-century Baskerville Hall in sunny Herefordshire will be transformed into what Kallida organisers are calling “a collaboration of artists, musicians, and DJs to produce an experience that is individualistic and immersive”. Taking place in the house and across its sprawling grounds, it’s probably not for the bag-of-chips-and-head-down-after-the-headliner festival-goer, though with a team comprising folk from Punchdrunk and Secret Cinema there should be enough freakiness to keep overstimulated minds entertained until sunrise. You can either camp in the grounds or rent a room, and the music will see afrobeat acts like Nubyian Twist in the day give way to house, dance, and electro thereafter. Befitting the nature of its location, it’ll likely be a well-to-do crowd, so expect triple-barreled surnames and tales of hazy Goan gap years.