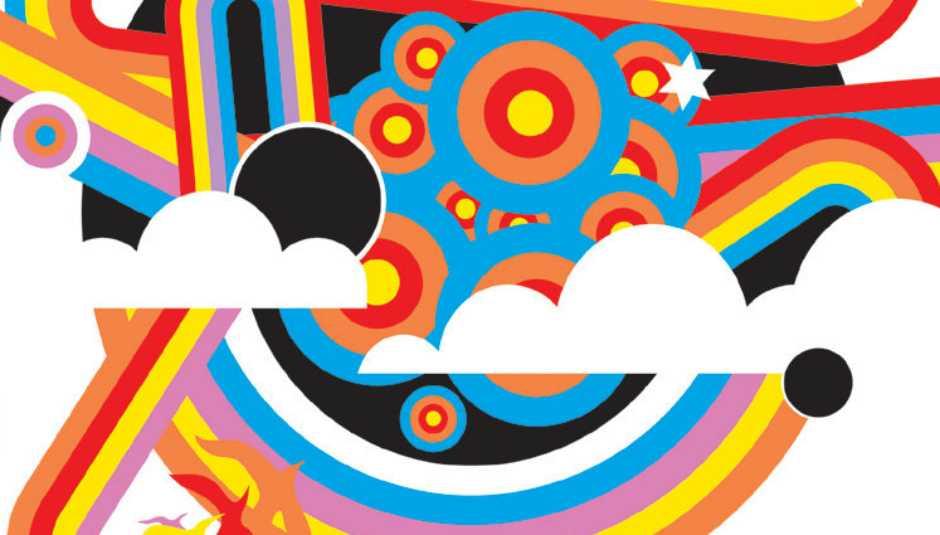 The Friday Fangasm: Mary, Star Of The Sea by Zwan

The Friday Fangasm: Mary, Star Of The Sea by Zwan

"Obviously, there'll be people - devout Corganites, nine-to-fivers craving synapse triggers for their high school years, impressionable 13-year-olds - that eat this album up, if only for moments like the big-big build-up in 'Declarations of Faith' or the bells-fortified 'Endless Summer'."

That's just one fragment of the particularly acerbic Pitchfork review of Zwan's one-off 2003 LP Mary, Star Of The Sea. To be fair: this write-up existed in a world yet to be introduced to the monstrosities Billy Corgan conjured post-Zeitgeist with the Smashing Pumpkins. Oh, the beauty of hindsight! Listening to Mary, Star Of The Sea in 2017 had certainly been a rude awakening. But a pleasant rude awakening, I must say.

You see, at age 20 back in 2003, I was obsessed with The Smashing Pumpkins' Mellon Collie And The Infinite Sadness. In snobby defiance, I considered Zwan nothing more than another slapdash super group failing to live up to the sum of its parts. Alongside Corgan, Zwan was comprised of Paz Lenchantin (A Perfect Circle, Pixies), Dave Pajo (Slint, Stereolab), Matt Sweeney, and Jimmy Chamberlain. All the parts looked functional, but it kind of felt like getting Booster for Christmas instead of Turbo Man. I wanted that long-awaited new Pumpkins LP, and instead I got...well, Zwan.

That functionality was short-lived by the way; the band imploded in grandiose, baffling fashion. No need to get into detail, let's just say the whole thing was an ugly, ugly mess. Zwan fizzled into obscurity a mere seven months after the album was released. Which makes the following confession (read: statement) all the more wry:

In the years after Zwan's Mary, Star Of The Sea, Billy Corgan has yet to top it.

You see, The Pumpkins' critical and commercial success vindicated Corgan's considerable ego, and the fallout hasn't been kind to him, even today. His creative instincts became increasingly tainted by an ardent competitiveness, grandstanding megalomania, and general insufferable, erratic behavior. If you place Mary, Star Of The Sea in today's context, it actually represents Corgan's Cal Weaver-moment. Or; the sound of impending midlife crisis.

Zwan is basically Corgan's equivalent to Steve Carrells's aforementioned character in Crazy, Stupid, Love; a man divorced from a long-standing marriage, eager to embrace the fast carpe diem lifestyle again, in a wholesome, albeit knee-jerk way. This isn't a bad thing, mind you, just hear me out here for a sec. Usually, "overwhelmingly mediocre", as the Pitchfork reviewer Ryan Schreiber put it, means don't touch that LP with a ten-foot pole. You could argue that being branded 'mediocre' is even worse than 'bad', simply because the music fails to elicit any strong reaction. I agree with this sentiment TOTALLY.

However, Zwan's Mary, Star Of The Sea might actually be the only record somehow thrives in its sheer mediocrity. Again, hear me out. Though I'm not sure whether to pin it on the album's effervescent, lo-fi production, or the loosey-goosey instrumentation, the levity of Mary Star Of The Sea is somehow very palpable. Swooning single 'Honestly', for instance, has aged wonderfully. Even though the tackiness of tracks like 'Baby Let's Rock' and 'Yeah!' will make even the biggest Corganites cringe, both are refreshingly unapologetic in their tackiness.

Mary, Star Of The Sea is deliciously incoherent and casual in its size and scope. At the very least, that's better than the overwrought abominations Corgan released after he reformed the Pumpkins 2007. Given the shenanigans that went down during Zwan's recording sessions, I believe it makes a lot sense; band members were accusing one another of incessant fornicating, drug use, and hacking into Blackberrys. Quite the opposite predicament than the happy bunch depicted in the 'Honestly' video.

But wait a second; what does all this have to do with impending midlife crisis? I don't know, honestly. Perhaps it's that ulterior despair of haphazardly trying to achieve sheer happiness all over again, carte blanche. I'm 34 now, about two years younger than Corgan during his brief Zwan chapter, and I can sure as heck relate to lyrics like "It's too far to discard the life I once knew" considerably more than snarky 20-year-old me.

Also, I've been thinking a lot about ageism lately, of what I'm projecting to the world as a man entering his mid-thirties. And I realize I'm subconsciously trying to fight it. Recently I've been painting my fingernails black – something I wouldn't dare try at age 20 – because I realized I had the clichéd look of a hack music critic; thick-rimmed glasses, band t-shirts, brainy disposition. I'm too much of a wuss to tattoo my face like Lil' Wayne, but I could change one small thing about my appearance that would suggest a bit more complexity. To put it more dramatically; a silent revolt against conformity.

Listening to Zwan in the present, I suddenly realize I secretly loved the album back in 2003. But as an insecure kid with a history of being bullied, I put up an angsty front to conform to expectation; loving a band religiously is as much a Declaration Of Faith as anything. So in retrospect, Mary, Star Of The Sea has become, maybe by accident, a barometer for my personal growth during these past fourteen years. Heck, maybe I'll learn to love all the post-Zeitgeist stuff too, eventually.

Who knows, fourteen years from now, I may look back on this part of my life with shame, dread, or even disdain. Billy Corgan certainly doesn't appear to have any fond memories left for Zwan, or the people in it: "You'll never see Zwan. I'll never go anywhere near those people. Ever. I mean, I detest them."

Harsh words, indeed. Nevertheless, I do hope Corgan finds solace in the idea that whatever mess he thinks he left behind with Zwan, in due time, animosity or shame can potentially elicit truly revelatory insights. Maybe the notion of (impending) midlife crisis doesn't always deserve the defeatist stigma it often gets. I for one – even in accepting all the demons haunting me for the rest of my existence – enjoy still being young enough to tread that wispy line between brave and stupid. I'm also old enough not to feel shame and regret for doing so. One of the few things I can say with absolute certainty; Zwan, although briefly, were actually a pretty good band. Honestly.