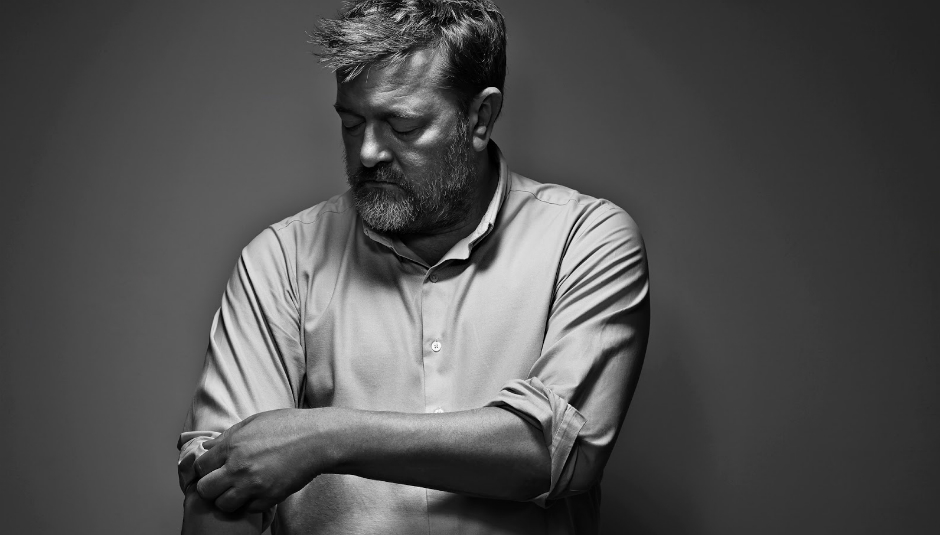 A Tour With Town’s Poet Laureate: 24 Hours In Manchester With Guy Garvey

A Tour With Town’s Poet Laureate: 24 Hours In Manchester With Guy Garvey

Lyrically, Guy Garvey is a man who deals pretty explicitly in the currency of romance, so it's a good job he seems so capable of finding it everywhere he turns: over the years, he's mined beauty from drinking, the beginnings of relationships, friendship, the joy of conversation, drinking, the middles of relationships, good company, Guinness, civic pride, the preciousness of family, the viciousness of global politics, Irish whiskey, the ends of relationships, sex, philosophy, more drinking, and - just in case its importance hadn't already been hammered home enough - proper, real, genuine love.

Much of that, he reserves for his hometown. He's waxed lyrical about the beauty of Manchester's architecture; on 2005's 'Station Approach', he claimed, so affectingly, that he felt like he’d "designed the buildings I walk by." He told The Guardian, in 2014, that he wanted to contribute to the regeneration of Heaton Hall, the crumbling stately home that lies just down the road from his old house just north of the city in Prestwich. As it happens, that same paper once asked him for a brief paragraph on his favourite pub back in 2011 - nothing major, just a quick word on a favourite boozer. He ended up describing the landlady of his local, the immortal Briton’s Protection, as "a sharp-witted, elegant and glamorous northern angel, the kind Dylan Thomas would find a whole book in." This is not a man who does things by halves - an especially vital trait at the bar.

It's with some pride, then, that this fellow Mancunian (we even went to the same Catholic schools, although some years apart) presents a hectic, but thoroughly lovely, timetable for a run around our town. This might even be the 'Perfect Day' that Lou Reed used to bang on about, and by all accounts, he was a right miserable bastard. Enjoy - I'll see you in the Temple. Bring biscuits for Elvis, the pub dog, and mine's a Krombacher. Don't put 'Octopus' Garden' on the jukebox, it’ll only get skipped. There's loads of Elbow to choose from, anyway, although maybe give 'Switching Off' a wide berth - hardly party music. Cheers!

An open-fronted set of studios within a unique building, housing some of the most creative and artistic folk in town. A great browse for bespoke and creative gifts, and a possible stop off for a top-up coffee with friends.

Fully refurbished with lottery money and restored to its former grandeur, with added brilliant modern touches to boot. It houses visual arts installations, talks, work clubs and all manner of other stuff, besides having the amazing book collection I remember from childhood.

The ‘hole in the neighbourhood down which I cannot help but fall’. A converted Victorian public toilet with an amazing selection of beers and a fantastic jukebox.

One of the city’s fabulous buildings put to an amazing use. Currently showing Andy Warhol alongside the first ever Marcantonio Raimondi show, the Whitworth is another public space that offers culture for all.

Just behind the Bridgewater Hall is Manchester’s oldest pub. Full of small rooms and a mural commemorating the Peterloo Massacre. Throw a rock in here and you’ll be sure of hitting a 6 Music presenter or producer.

Manchester’s independent record shop. Even with an entire new music network at my fingertips, I still find the new stuff I love within these walls.

Recently opened in the stunning setting of the Palace Hotel. Set up by Luke Unabomber of Electric Chair fame, this is one of the city’s best restaurants.

There isn’t a right lot I haven’t done here. My ‘office’ in the early days of Elbow, and one of our spiritual homes. At the heart of Manchester’s live music scene.

The town hall is another of our great buildings and recognised as one of the finest examples of gothic architecture anywhere in the world. The bell in the clock tower, ‘Great Abel’, rang out the chorus of ‘One Day Like This’ when we played Manchester International Festival. The clock used to be water-powered. I got married here. Sit and enjoy the view.