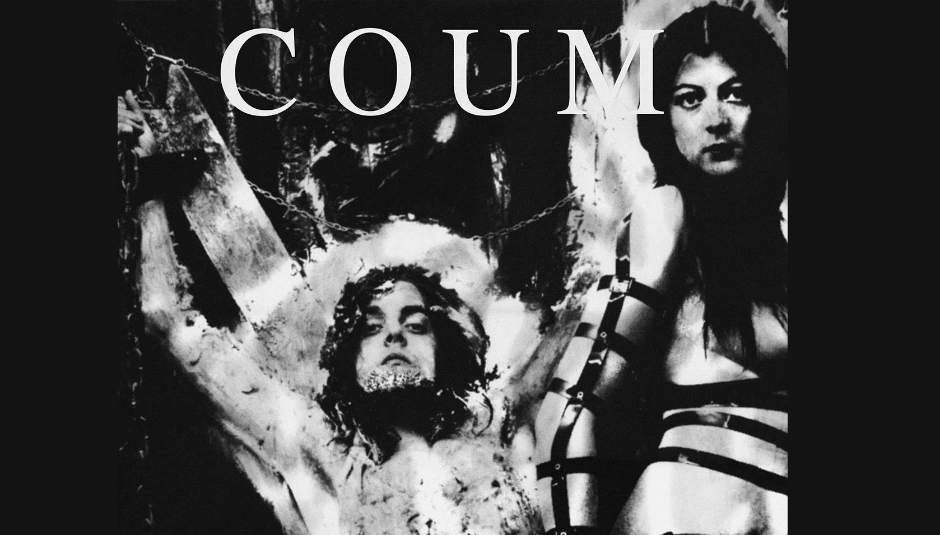 A Cold Weekend in Hull: The Return of COUM Transmissions

A Cold Weekend in Hull: The Return of COUM Transmissions

If there is one thing that all the former members of COUM Transmissions agree on about the collective’s time in Hull it’s that it was cold. COUM used to live in a deserted old warehouse in Hull’s Old Town. At one point the window was a literal hole in the wall. It must have been freezing.

For those not in the know, COUM was the performance art vehicle that launched the careers of Cosey Fanni Tutti and Genesis P-Orridge, who would then be joined by Pete ‘Sleazy’ Christopherson and Chris Carter in forming the hugely influential industrial band Throbbing Gristle. Although Throbbing Gristle were famously based in Hackney, and although COUM’s most infamous outing was the Prostitution exhibition at the ICA in October 1976, the group first came into being in Hull in 1969. It’s because of this that COUM – dubbed “the wreckers of civilisation” by Tory MP Nicholas Fairbairn after the Prostitution show – have now been re-established as significant counter-cultural artists, as part of Hull’s 2017 European Capital of Culture celebrations. The opening weekend sees members of COUM reunite (in a limited sense) in Hull for the first time since Cosey (a Hull native) and Genesis (a Hull student) upped sticks in the face of police harassment and moved down to London in 1973.

The exhibition at the centre of COUM’s “return” is very shiny. It’s housed in the brand new Humber Street Gallery and features a wide variety of COUM-related materials, from stage props to photographs and letters. Most of this material comes from Cosey’s own collection (the majority of which is usually housed in the Tate Archives) and is presented in traditional art gallery style (i.e. behind glass). The only real contextualisation is provided by a handout and a series of talking head video interviews playing in constant loop in the first part of the exhibition. These interviews, which feature other less well-known COUM members (pleasingly including the legendary catastrophe theorist Tim Poston) alongside Genesis and Cosey, could have come straight out of a BBC Four documentary, which rather sums up the exhibition as a whole. Several of them remind us that Hull was bloody cold in the early 1970s.

There’s little sense here of the danger or radicalism of COUM, and the lack of detailed commentary provided means that both the socio-cultural and political significance of the group’s place in the history of the British avant-garde is not explored as one might expect. There’s relatively little to be learned here that one could not glean from Simon Ford’s 1999 book Wreckers Of Civilisation (sadly, and inconveniently, out of print). More problematically, I am not sure how much sense the exhibition will make to anyone who has not already devoured this work, and anything else about COUM they can get their hands on. The almost complete absence of any mention of Throbbing Gristle is particularly difficult to understand, as it is surely in this guise that COUM had the most powerful impact. Without this knowledge, unsuspecting members of the public may well interpret COUM as a long-forgotten relic rather than as the first step in a long history of significant artistic interventions.

A panel discussion on the Saturday morning has the potential to be more informative. Cosey, Genesis, Spydee, Foxtrot Echo and John Lacey join chair Luke Turner on-stage but – despite some promising questions – this is another slight disappointment. We do learn a bit more about the group’s life in Hull, and particularly about Cosey’s central role in facilitating it (she was the one working in order to fund the group’s activities after all). We’re also reminded for the umpteenth time that Hull can be very cold. There are no particularly penetrating insights on offer and there is one rather awkward moment in which Genesis reveals (no doubt much to the disappointment of Hull 2017 organisers) that s/he hasn’t missed Hull in the intervening forty-odd years. Not that Hull is the same today, as the boutique food and drink venues that now litter Humber Street demonstrate.

Maybe one shouldn’t expect clarity from a COUM retrospective. After all, the manner of COUMunication, as explored since in Throbbing Gristle and various post-COUM projects, was always geared around encouraging individual interpretations. A definitive narrative wouldn’t fit with the collective’s ethos, but then neither does the overtly conventional nature of the display at the Humber Street Gallery. The closest we get to the true spirit of COUM comes in the Friday night performances from Cosey (with Chris Carter in tow as tech!) and Genesis at the Früit venue (also on Humber Street). They perform separately, of course (Cosey and Genesis haven’t performed together since the second demise of Throbbing Gristle in 2010).

Cosey’s set, backed by some warped visuals taken from photographs of her Hull days, builds in volume and intensity. Starting in mostly ambient terrain it climaxes in shards of fractured electronics reminiscent of newer voices, such as Karen Gwyer or Klara Lewis. Genesis is far more idiosyncratic, of course. Backed by a tape s/he reads on the subject of memory, questioning whether we actually remember or whether we construct. If Cosey’s set reminds us of the continuing musical connections between COUM members and today’s experimental music scene, then Genesis’ performance feels like an appropriate reflection on the whole idea of a COUM exhibition in 2017. A true remembrance, or reconstruction, of COUM is not possible. We should at least be grateful that as the (actually rather great) city of Hull celebrates its year in the sun, the collective’s work has been brought back into the public eye. It just doesn’t seem quite as fab and kinky in 2017 as some visitors might hope.