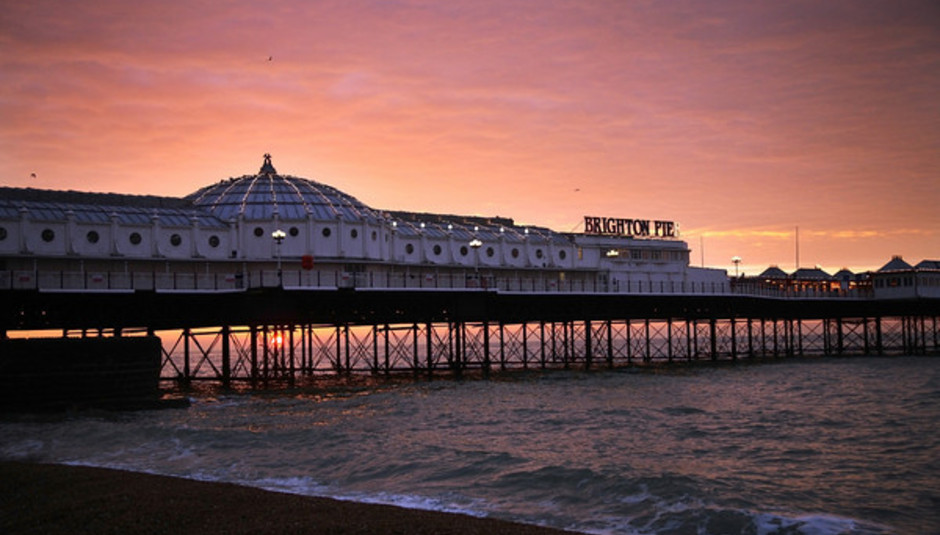 Great Escape 2016: 10 Must-Sees Beside The Seaside

Great Escape 2016: 10 Must-Sees Beside The Seaside

Later this week the music world will be heading to Brighton as The Great Escape (Thursday May 19th – Saturday May 21st) takes place for the eleventh time. Over 300 artists will be performing in over 35 venues across the city. It’s basically South By Southwest By Sea.

Drowned in Sound has curated a series of stages at the event every year since its inception. This year will be no different and we will be taking over the Sallis Benny Theatre on Thursday 19th, but more on that in a bit. As the line-up is overflowing with more quality than Barcelona’s attacking options, we’ve had a good long look, discussed it amongst ourselves and these are the ten artists we’re most interested to see!

It seems fitting to kick the list off with local heroes Morning Smoke. This post-rock quartet have been making waves since 2014, but it was with last year’s Double A-Side cassingle Soft Decay/How Does it Feel, released through Brighton’s Cannibal Hymns Records, that people really started to take notice. Cannibal Hymns are putting on a night at the Nowhere Man Café from 18:00 featuring label mates TIGERCUB, Dream Wife and Our Girl.

This year we’ll be taking over the Sallis Benney Theatre, just off Victoria Gardens. The line-up includes Eyre Llew, Haiku Salut, Pixx, Desert Mountain Tribe and Porches. Anyone of these could have headlined the night, but somehow it feels right that, that job goes to Porches. In the past Aaron Maine has delved into indie-folk, but on recent album Pool, he’s followed a electronic route. At times it sounds like minimal reworkings of early Martin Hannett productions. Need we say more?

Ex-Race Horses front man Meilyr Jones writes music that evokes Scott Walker as music as it does Kevin Rowland. Deep in-side he's also an awkward nail-biting kid instead of the brazen front man that he cuts on stage. There is streak to his song-writing that is somewhere between being both innocent but not naive, childlike yet at the same time totally in control. This year’s ‘2013’ album looks set to be on every end of year list. If you want to see what all the fuss is about you should better get down early.

Diet Cig run the gambit of relationships, work, school and most importantly the apprehension of leaving childhood and becoming an adult. Lyrics like “I can’t play instruments very well and I’ll eat all of your cereal. But I’ll never be a smoker ‘cuz the second cigarette makes me feel like shit” sound like snippets of conversations you’ll hear while walking around town, or waiting for someone in a café or pub to arrive before your next show. Add some lo-fi guitars feedback and you’ve got something that is hard to ignore and even more impossible not to love.

All day at One Church on Friday 20th Brighton’s Finest are putting on a programme that should have something for everyone. The standout performance will come from the New Forest’s Magic Gang. Sounding like an 80’s version of Weezer, but instead of alt-indie guitars, there are luscious pop hooks and warming vocals. Just make sure you’ve still got your voice as their songs are full of catchy and infectious verses and choruses.

Iglooghost is a bedroom producer that makes day-glo electronic music which is insanely catchy, but also ridiculously complex. It’s basically the musical equivalent of popping candy. Fun at first, but nigh on impossible to remove from your teeth and psyche. His recent for releases for Activia Benz and Brainfeeder have seen him gain critical acclaim and his recent live sets, including his appearance at SXSW, are nothing short of incendiary. If you like your dance music, loud, fast and with sense of humour this is for you!

Brighton has one of the most vibrant and exhilarating music scenes going so it seemed like a missed trick not to mention some of the local talent that is play the Alternative Escape. Fur sounds like a cross between 1960’s revivalists The Brian Jonestown Massacre and the Arctic Monkeys. Their brand of jangly pop is hard to resist. Post-Heather on the other hand are a stripped down duo, whose introspective lyrics and stark musicality is the perfect juxtaposition to Fur. Just remember you heard about them here first!

Ontario Whitby’s Chastity are starting to feel like the real deal. Sounding like a hardcore version of Faith No More, Chastity know when to thrash about and when to slow things down. Chastity will get everyone’s attention when they perform and make sure they’re remembered long after the gig finishes, through stop/start chugging guitars and clever lyrics. Chastity’s music sits in that special place where lo-fi production, emotional intensity, tight musicianship and good old fashioned song-writing gel to produce something incredibly exciting. Yes we’ve heard it all before, but we haven’t heard it this good for a while.

This lot should need not introductions, but we’ll give you a brief one anyway. FEWS exploded on the scene with last year’s ILL 7” produced by Dan Carey and released through his Speedy Wunderground imprint. It was eight minutes of droney Motorik with a proggy feel. They follow it up with The Zoo. This is slightly more conventional, but none the less effective. Expect to hear plenty of future classics from their soon to be release debut album Means at this set that has to be seen to be believed!

For more information on The Great Escape and The Alternative Escape including a full breakdown of participating venues and stage times visit greatescapefestival.com.

You can RSVP to the DiS event on Facebook.

20 things we learned at Focus Wales