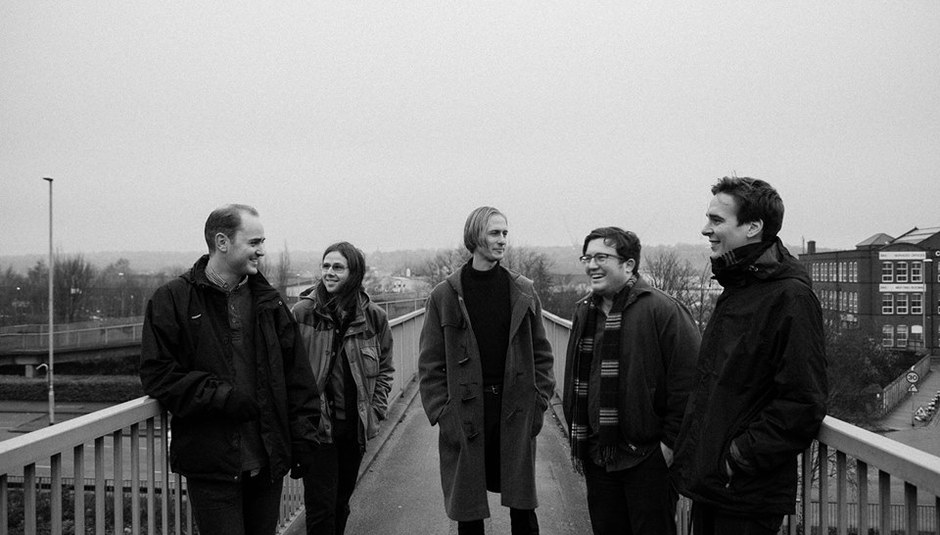 Ullages: George Mitchell of Eagulls gives us a track by track rundown

Ullages: George Mitchell of Eagulls gives us a track by track rundown

Eagulls released their eagerly anticipated second album Ullages last week. Awarded an impressive 8/10 here on Drowned In Sound, Ullages represents a solid progression both sonically and lyrically from its self-titled predecessor. Here, singer and songwriter George Mitchell gives us a track-by-track rundown of the album.

I wanted to write something which could be conveyed as menacing, yet display a positive message at the same time. In some ways we took a leap into the unknown with our new album and 'Heads Or Tails' is about taking that chance into the unknown along with an urgency for equality.

Along our hazy time line of ‘Booze Britain’ there seems to have become a very common increase in the normalisation of drug abuse activity. I really wanted to try and paint a picture of the average, everyday people that have become regular users and who are trying to block out the mundanities of their day to day lives. This song is touching on the subject of these lost few who try to escape themselves at the weekend only to find it’s just a temporary mask, a falsity to disguise their real life.

The lines in this song touch on the three subjects of religion, superstition, and tradition. It’s expressing how everybody has a class association engrained into their own future prospects and how the more under represented people feel, the more they can’t progress outside of what their forbearers have achieved before them. It’s trying to show that they feel their fate has already been written and that their future is bleak, yet they know there’s more opportunity for them out there. If only they’d known from the start that the hymns they read are fictitious, and the purchase of a palm reading is meaningless. It’s almost a psalm in itself instructing us to not to be pessimistic about our developments! This was inspired by Grayson Perry's ideas on class.

My Life In Rewind

Everyone has regrets and ‘My Life in Rewind’ is a song really trying to develop that sense of remorse that we all acquire from regretting. But really it’s not JUST about regret; it’s about regretting that you have regrets in the first place! The song is also about how our regrets shape our output, “Painting the pain in the frames of our hearts, tears dripping out of our face became art”. I wanted to show some positivity to all this regret, in that what I have disliked in the past usually spawns into some form of art in one way or another.

The repetitive and tribal like patterns of this song led me to write the lyrics in the same manner. This led me to writing about life being monotonous and comparing it to a broken record skipping.

'Velvet' is about the harshness of falling in love to only be split apart in the end. The original 158AD version of Cupid comes across quite stubborn compared to our more "helpful" matchmaker modern take on him. This led me to think of my own version of him falling from his Mother Venus’ arms, breaking his harp and becoming the burden that plays tricks when we face lust and desire.

As a nation we tend to drown our sorrows and rely on Dutch courage an awful lot to get through our disorders instead of getting proper medical attention. 'Lemontrees' metaphorically speaks about these traditions of dancing our troubles away at the weekend when life’s fruits are sometimes too bitter to deal with.

This is a song about loss and longing. The song was part inspired by the Einstuerzende Neubauten/Anita Lanes song 'Blume' as I liked their use of floral descriptions.

'Aisles' is about a relationship trapped in turmoil with both partners on a quest for lust. It’s inspired by a Robert Olley painting called 'Death Warmed Up' which plays heavily on the use of British proverbs.

This is a deranged lullaby inspired by the life stories of one of my favourite artists - L S Lowry. It’s a story about how he used to leave a packed suitcase at his door at all times to escape his fans bothering him. The story struck a chord with me so I decided to write with that in mind.

The album Ullages is out now on Partisan Records.

For more information on Eagulls visit their official website.

"I'll be back in the office on Monday...