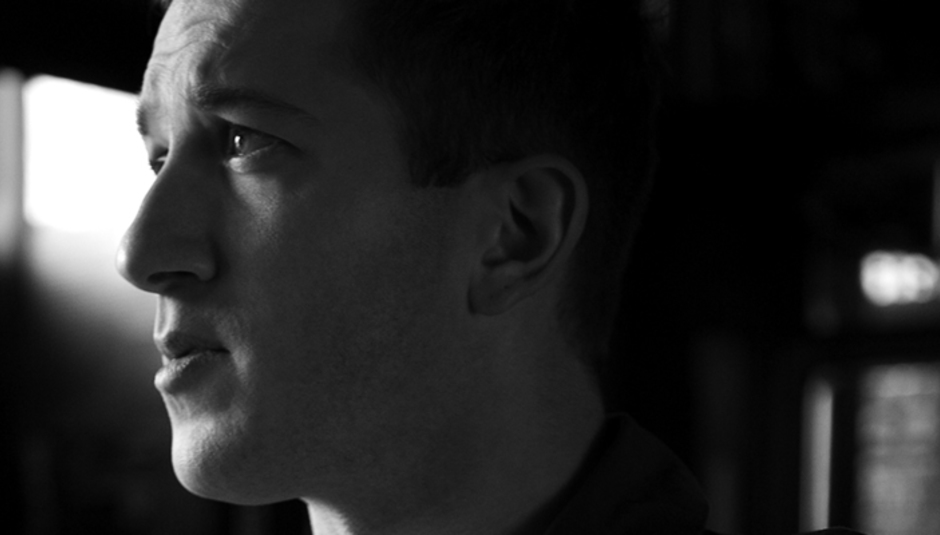 Colin Stetson is a bold and boundless musician. Some may know him primarily for his work with acts like Arcade Fire, Bon Iver and Feist. But those who have delved into his solo work will be versed in the extraordinary multi-phonic music he creates primarily through a bloody huge bass saxophone with which he often employs a circular breathing technique that enables him to play continuous tones and prolonged improvisations.

2016 will be characteristically busy for Stetson. In March, he will perform new music at the Convergence Festival and April will see the release of Sorrow - A Reimagining of Gorecki’s 3rd Symphony. The later is a courageous move by anyone's’ standards not least when, as Stetson says, it has been ‘filtered through the lens of my particular musical and aesthetic experience’ and that experience ‘draws heavily from the world of black metal.’

Was he at all apprehensive about taking on such a loved piece from the classical world?

“I probably should have had more [apprehension] (laughs). It’s something I thought about for so long, and in some sense, I was a little bit detached from the public reality of what it was I was doing. It became something that was very personal and wrapped up in my own solitude, so I didn’t really think about that until the very end. I suppose that if I had it could have affected the way in which I made the changes that I made. I assume all of which are things that the composer would not have cared for (laughs).”

Henryk Gorecki’s 3rd Symphony has had an unusual trajectory. The Polish composer premiered the piece in 1977 but it wasn’t until Elektra-Nonesuch released a recording of the symphony in 1992 that it became a ‘hit’ topping the classical charts in the UK and USA. All three movements contain a different Polish text, and the second is a message left on the wall of Gestapo headquarters during World War II, and many see the composition as Gorecki’s response to the holocaust. Although he said he tried for many years to write a piece in response to it he resisted that interpretation of his 3rd Symphony. You might imagine that taking on a piece of such emotional power and history would raise concerns about its reception?

“No. No more than I worry about, that is to say that I don’t worry about, the response to anything that I do in my solo work as well. Although there are a lot of people who react to it negatively with regard to certain conventions that are not being kept up. I actually have kind of a policy of not engaging with any of it positive or otherwise. It’s the only way, I think, you can keep from being affected by the burden of expectation. As soon as you start seeing what people are liking and not liking that’s going to start to affect how it is that you function the next time you go to create. So I don’t (laughs)”

It’s a piece of music that has the capacity to nail you to the spot, such is its resonance. Stetson has described it as a transformative piece for him personally, and he considers the first time he encountered it: “Well, I think it was we were all on the precipice of this grand discovery. We were just immersed in this glut of music consumption. Everything was opened up to us, and at around 18/19 years old we were just devouring as much as we could get our ears on and so it was very emotional time.

“[It] was the composer’s first foray into this world where he’s coming out of the more atonal avant grade and coming into a tonally driven minimalism - that was a new area for him. One of the reasons why I imagine it’s such a profound work was because it caught him in perhaps not a comfort zone.”

And Stetson seems to agree with Gorecki’s own misgivings about the associations made with the piece: “for all of us it was just perfectly encapsulates the convergence of joy and sadness that freedom that comes from reaching ones ultimate capacity for sorrowful feeling. And there’s few musics that do that, that are able to conjure up and portray that particular confluence of emotions and I’ve been drawn to them my whole life, so I feel that’s why most people are drawn to this piece of music. I went into it not knowing anything of the history of the piece or the lyric of the piece, or any of its meaning because the meaning to a degree is present in the music regardless of ones knowledge of the language used or the history of its inspiration.”

Listening to Stetson’s version it strikes me that the tone is darker than the original arrangement.

“I think that’s accurate. I think that it might be a product of the natural relationship with the sounds and the instrumentation that I used a lot, and the extremity of it all. Because in using some of the things that I’m using like the drums, and also a lot of the more overly dramatic sound sources like electric guitars, add a richness and a depth that is perhaps pushing certain limits that I think probably plays into a sense of dread more so than the orchestra sound does, especially within the modern context. But I don’t know that it is my intention to make it more so... that's probably a lie (laughs).

“So yes, to a certain extent it's this hyper realised or exaggerated view of the emotionality of the piece. So I guess… yeah, I guess I did (laughs). I just never thought about it in that way.”

There’s no doubt that the drums, performed by Liturgy’s Greg Fox, are one of the most striking additions and the most black metal moments on the record. And it’s truly successful in widening the music’s focus and adding extra drama. It’s quite a feat to marry black metal and classical music, which on the surface seem like such unlikely bedfellows.

“I think the practitioners or originators will say that a lot of its inspiration comes from early 20th-century or mid 20th-century classical music. And so there is already this marriage of styles that I think makes them somewhat synonymous, even though on their face it's easy to not see the connection.

“I’ve always seen, and I find, Liturgy’s music to be profoundly orchestral and symphonic and so for me, it was kind of the last little spark of inspiration hearing Greg Fox and the way that he particularly employs the use of blast speeds and time in that. It is so musical and married to the direction and the meat of the music underlying the harmonic structure.”

It’s one thing to broach the musicality of the piece with your own vision, but the sheer amount of musicians, which include longtime collaborator Sarah Neufeld and his sister Megan Stetson, must have been a logistical head scratcher?

“I had been calling up all the individual players who were near and dear to me, and who I thought would be the right group, and everybody could do it so we put together the first movement in surprisingly little time and did the performance. It was a nice start and a good eye opener for me for what it was really going to take to produce the whole thing.”

Having navigated all the issues such a vast piece entails to a point where the record will soon be released, I wondered if it’s a viable option to tour it. Stetson explains they have performed it at a German festival and they have plans for performances in New York, Amsterdam and Gorecki’s own birthplace in Poland, but he’s fully aware of its inherent difficulties: “In terms of performing it its a bit of a logistical nightmare just because of how many players are involved, and to me the piece doesn’t employ an instrumentation it employs a set roster of musicians. And so I can’t just show up myself somewhere and hire locals to do this arrangement because this arrangement is entirely beholden to this specific players.

“It is a little bit difficult, as I’ve been hearing, from promoters (laughs) to get the adequate funding to bring everybody out, but it is happening and I’m hoping that after the release of the record and after some of these shows happen that we’ll be able to get more opportunity to bring it out because it is quite a spectacle.”

Any chance of a UK date? “We’re trying.” he assures me.

Well until then we have the exciting prospect of his solo performance at the forthcoming Convergence Festival. As the title suggests it's a meeting of all manner of musical styles that I assume it appeals to Stetson’s own convention-defying approach to music.

“There used to not be that many festivals where people are trying to do this. Trying to bring together many things and to have these disparate, multiplicity of styles and directions. But now I see it happening more and more and it's really encouraging because it signifies that the general appetite of most people is broadening. Much more so than when I was coming up in the 90s - it was very cordoned off.”

Stetson has made some very enticing comments about the show: "This is very definitely my most difficult (to play) music yet, so please come out and get right up to the edge with me.” My curiosity sufficiently sparked, I ask him to elaborate.

“I probably shouldn’t have said that! The performance of it will be somewhat evident that it’s very trying for me (laughs). Over the past few years since I released Vol 3 I’ve been dwelling on a combination of very minimalist thinking and a somewhat maximalist thinking with regard to forms. Both of them have taken the shape of much longer physical experience for me from piece to piece.

“I’m trying to get to a place that feels peaceful to me. But it comes from a place that's really physically quite frenetic. I don’t foresee any total train wrecks, but you never know (laughs).”

Having seen Stetson perform before I have a sense of what he’s hinting at. The mix of his strenuous technique and the unwieldy nature of the ginormous instrument that the bass sax is, is breathtaking to watch, but it must take its toll?

“It's much like athletics. You have to approach it methodically so as to not injure yourself, which I’ve done over the holidays. I went too far too quickly and hurt my wrist and hand. It took a bit of time to bring that back. There’s times when you can blow your lip out just taking it too far before things are ready. It is quite gruelling, but if I do it all right it the whole performance of it should be a thing that we all enjoy (laughs).”

So long as Colin Stetson looks after himself it undoubtedly will be.

Colin Stetson plays a special solo show this evening at the The Scala n London as part of Convergence. 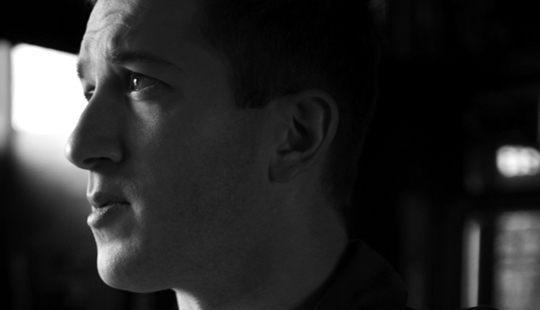