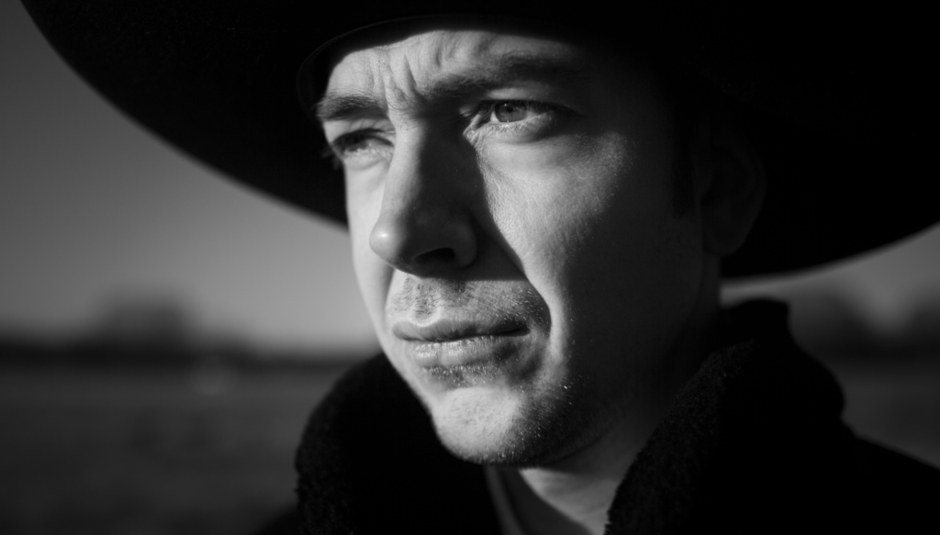 Årabrot have – for those in the know – long been considered one of the finest underground rock outfits in the world. Formed in Haugesund in southern Norway, and named after a large rubbish dump in the same town, Årabrot’s modus operandi has long been one transfixed with the power of sex and death. With the band’s leader (and only constant) Kjetil Nernes having recovered from throat cancer in 2014, however, it’s safe to say that the band’s superb new album The Gospel feels rather more focused on the latter theme. DiS spoke to Kjetil to gain an insight into what might well be both Årabrot’s darkest and most life-affirming record to date…

You were diagnosed with, and underwent treatment for, throat cancer in 2014, which must have been quite an ordeal. How has that experience influenced The Gospel?

The experience obviously influenced The Gospel a lot. The record channels much of the ordeal of the sickness and the treatment at least thematically. It describes this period as war, war against oneself.

There’s a quote from you in the press release for the album: “The man who has been in hell, never forget!” From this, I wonder if your wider artistic and philosophical outlook has changed since 2014? Has this sense of having experienced something hellish altered your day-to-day perspective on life?

I'm not sure the artistic point of view has changed radically, but you no doubt change after a close encounter with death. The day-to-day perspective changes too. There's a clarifying aspect to serious sickness. I guess I am even more eager to move forward with things and I'm not interested in looking back. Onwards!

I’d say this album has possibly the broadest sound of any Årabrot record to date. There’s a lot of interesting instrumentation going on in the background, and keyboards are quite prominent at points as well. Was this something you were very keen on from the start of the writing and recording process or did the record expand naturally in this sense?

Årabrot has been experimenting with different soundscapes and diverse instrumentation for quite a few years already. However, I had written several parts on organ specifically for this record so it was definitely part of the plan to include more sounds. Definitely, the song material for this record has a lot of room for additional instrumentation, even percussion, so it was easy to start trying out new stuff.

The title The Gospel very much implies a comprehensive statement. Does it imply that you see this as perhaps the definitive Årabrot record to date?

First off, it's not a biblical reference; ‘The Gospel’ (the song) is thematically describing my sickness and the treatment of the sickness as war. War as the old world wars – black and white… Verdun 1916. Kallevik at the label suggested naming the record after the song and I agreed. The Gospel (the record) is musically a culmination of everything Årabrot has ever done and in my opinion undoubtedly the most definitive record to date.

This album has some of the most accessible Årabrot tracks to date. The likes of ‘Tall Man’ and ‘I Am the Sun’ might almost be described as “poppy”. Is that something you’re aware of? Would you describe yourself as a pop lover at heart?

I don't think I'd ever describe myself as a pop lover – I'm more of a rock'n'roller – but already from the beginning I'd say Årabrot had something of a 'pop' sensibility hidden somewhere in the noise. It probably comes from listening a lot to David Bowie or something. I like catchy tunes and obviously am happy about how tracks like Tall Man came together.

‘Faustus’ very much feels like the centrepiece of The Gospel – both musically and lyrically. Could you maybe explain a little about how this track, in particular, developed?

I wrote the lyrics after watching Murnau's Faust a few years ago. We did a live score for the film in Trondheim, Norway. I had the main riff and wrote some interesting organ parts for it here in the church. From there on it was basically building layer by layer. First adding vocals, then doubling with female vocals before calling up old friends Stephen O'Malley and Andrew Liles to add their magic to the piece.

I understand that you recorded this album both at your own studio and in Chicago with Steve Albini. What was it about this combination that you felt was suitable for The Gospel?

Doing the overdubs in a church room certainly adds a lot of atmosphere. It also helps on the logistics and money doing the overdubs in Europe. But once again Albini's studio proves to be the number one room for acoustic drums. The sound there is phenomenal and it's of course a great pleasure hanging out with those guys in Chicago.

I believe your studio is in an old church in the woods in Dalarna, Sweden. What was it about such a venue that first appealed to you as a recording location?

Essentially, the atmospherics of the place and of the church room: the acoustics, the peacefulness. Heaven and hell are closely connected so living in a church makes a lot of sense to me.

It’s not every band that can call up legends like Ted Parsons, Andrew Liles and Stephen O’Malley to guest on their albums. How do collaborations like this come about?

Yeah, they are good friends and amazing musicians. I have been blessed with so many fantastic contributors and without them The Gospel would never come together as nicely as it did. I just called them up and fortunately the logistics worked out.

Årabrot always has a revolving line-up, with you at the centre. How do the people you work with on a record impact the sound of that album?

I make the basics of the songs and point out the direction. Then I let the musicians freely contribute the way they want. The freedom leaves them room to do what they do best and this way of writing works really well for Årabrot. All collaborators have a great impact on the albums. I could never have made it without them.

Further to that, how do you seek out collaborators? Are you always looking for the right people for the sound in your head?

Yes. Once the songs start to materialise I come up with ideas for who could add extra guitars or percussion or whatever else instrumentally. I work really close with one drummer in the beginning of the process, and then add a bass player, some synths, etc. Usually I never plan on using as many musicians as we did for The Gospel. That was more a coincidence really, but it was definitely a lot of fun.

You worked with John Doran on his Jolly Lad performances last year. How was that experience? Was it strange backing someone up rather than being able to go full throttle in terms of volume, etc?

It was an experience for life, sir. I feel honoured to have backed up John for such a crazy project: thirty-one shows in thirty-one days in England alone. We have done several projects in the past in the vein of what we did there – silent film music, art installation soundtracks etc. Årabrot is a multifaceted monster.

I know there are a large number of literary and philosophical influences behind your work, but I also know you have done some live film soundtracks in the past too. Do you find that film has a major influence on your music? If so, are there any films you have found particularly important in that regard recently?

Yes, film is a great influence for me, especially lyrically and thematically. For this album I was using some of Hitchcock's works for inspiration for the murder ballads (for instance ‘Rebekka (Tragoedie)’ and Faust as the inspiration for the tirade of the protagonist of ‘Faustus’. I try to see a lot of films and I am very interested in film as a form of art.

Finally, as you’ve been so prolific in recent years, I can’t help but wonder if you’re already planning your next step. What does the future hold for Årabrot?

First off we are doing five weeks in Europe, then an American tour and Temples Festival in Bristol. Then we will be starting working on new material this summer. Cheers!

Årabrot tour the UK from the 17th to the 20th March, and return to play the Saturday of Temples Festival in Bristol on 4th June. 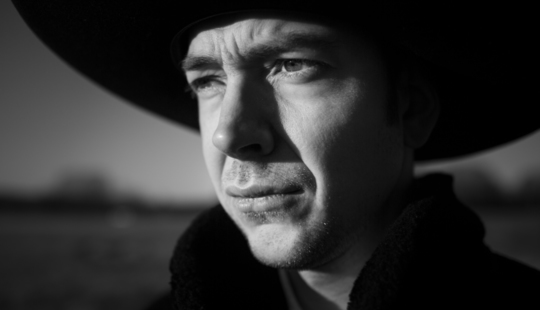