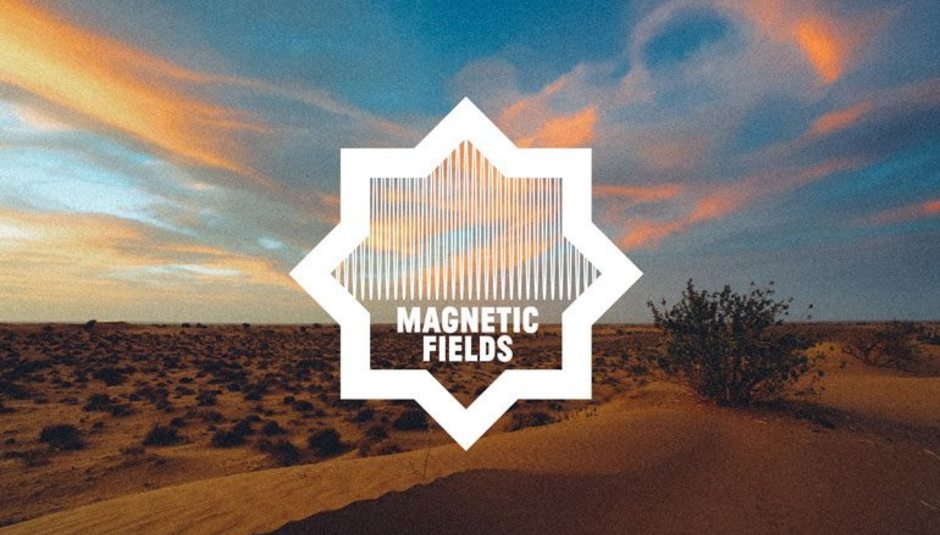 In a way, Magnetic Fields festival is exactly the kind of India that India wants you to see. It’s set in a palace-turned-hotel about six hours west of Delhi. The buildings are old and beautiful, with towering pale walls folding in a maze of courtyards, an outdoor pool and a small, immaculate garden. Alsisar Mahal is an incredibly picturesque outpost in the middle of rural Rajasthan, with a small village just alongside it, and miles and miles of farm land in every direction.

On the other hand, though, it’s not a rich part of the country. And if you decide to get a tuk tuk from the nearest train station to the festival site, running the ninety minute obstacle course of potholes, other drivers and farm animals on the road, you can see it everywhere. In the adjacent fields there are ramshackle houses built around tree trunks. We drive past a clutch of schoolchildren in dirty blue uniforms. There are people sat, without any obvious purpose, around the occasional smattering of buildings. It’s a window into a rural India that feels slightly forgotten alongside the huge, domineering presence of Delhi.

But really it makes sense that Magnetic Fields is set in a place which feels a little lost - a little bit out of the loop - because it’s a festival which doesn’t pander to the masses in any way. There’s plenty of foreign music to be had, yes, but its not an obvious tourist trap like Goa’s huge Sunburn Festival (Kygo, David Guetta, Martin Garrix). Rather, it feels like a much more curated experience - with a selection of artists representing a broad range of electronic music that might otherwise go fairly unnoticed in the shadow of India’s booming EDM scene.

“We're not trying to become a 10,000-20,000 person festival overnight. That was never the intention.” This is founder of music site Wild City, and one of the driving forces behind Magnetic Fields, Munbir Chawla, speaking. “From a programming standpoint, I would consider our line-up, to be quite far away from most EDM festivals in India, as we try to stage almost everything. Whether it's live electronica, rock, folk, dub, house, techno or grime.”

Thanks, in part, to the aforementioned Sunburn, and it’s newer cousin Supersonic, EDM has slowly become something of a key fixture of Indian culture. And if you get in a taxi in any of the major cities, you’ll most likely hear some form of EDM on the radio. On the English stations this could be Swedish House Mafia or David Guetta, on the Indian ones it could be any number of ‘pop’ artists who’ve begun mixing ostensibly Indian sounds and vocals with hip hop and EDM derived beats - often with questionable results.

India’s affinity with the US here is remarkable when you think about it. Both countries share a sense of drama that’s most obviously seen in the way they market their sporting events (building up rivalries, creating tense knock-out events and winner-takes-all matches) or in their television (Hindi soap operas anyone? FOX news anyone?). But when it comes to music, it’s also the main reason why both countries are strongholds for EDM: techno is all constant lateral movement, house has regular rise and fall, but EDM - with its big build-ups and satisfying, predictable drops - is full-on melodrama.

However, whilst the spell of big room dance music has been at least partially broken in the US, India is a few years behind - with EDM reigning (relatively) supreme over the country’s mainstream electronic music audience, concealing only a few smaller divergent scenes.

The largest and most well-known of these is probably in Goa, which seems to be both the doorway through which EDM arrived in India and also one of the places most resistant to its dominance. The Goan trance and psy-trance scene has been a permanent fixture on India’s South West coast as far back as the 1980s, and is still going strong. But it’s also incredibly niche: thumping, relentless 140bpm+ beats, UV lights, fancy dress and loads of drugs are the norm. On the flip-side, Goa - with its near-constant beautiful weather, long, sandy beaches and relatively Westernised attitudes - is a prime location for the big EDM festivals to bring in international artists and international audiences. So that’s exactly what they’ve done: Axwell (Swedish), Disclosure (British) and Zedd (Russian) for Supersonic. Kygo (Norweigan), Guetta (French), Garrix (Dutch) for Sunburn.

That’s not to say, though, that the Indian EDM industry is doing nothing for Indian artists. Originally, both Supersonic and Sunburn were founded by Nikhil Chinapa - an Indian DJ with an obvious interest in making sure Indian musicians get exposure and experience: Supersonic, his current project, had 15 Goan DJs playing in 2015. Whilst Kumail - a Delhi local who begins my Magnetic Fields with a set of soulful bedroom jams - is going on to play Sunburn Festival. And Tapan Raj - one half of the hugely influential Midival Punditz - is also on the bill alongside a small, but decent clutch of home-grown talent (Arjun Vagale, notable for his Europe-gazing techno, stands out too).

There are also plenty of innovative festivals and venues around India giving exposure to these artists. Ragasthan, the eclectic desert music festival which took a hiatus for 2015, is set to return better than ever in 2016. Whilst on the more commercial side of things, there’s the NH7 Weekender series, which has incarnations in Mumbai, Delhi and Pune amongst others - and hosts a diverse range of acts from Mark Ronson, to SBTRK and Rodrigo y Gabriela.

Where Magnetic Fields seems to be separate from the rest, though, is in putting up-and-coming young Indian artists on the same bill as boundary-pushing (but not necessarily well known) international musicians. Mumdance, for example, who plays a set of grime so uncompromising that it’d be uncommon in the UK - let alone in Delhi. The same goes for the genuine schooling in house, disco and soul that Hunee and Antal lay down b2b on Friday, or Garden City Movement’s mellow, meandering electronic jams.

On top of this creative attitude towards programming, there are no timetable clashes throughout the weekend, and artists are simply put on the stage which best suits their music - meaning magnetic fields is all too easy to enjoy. Away from the music, there’s stargazing on the spacious roof of the palace, a tea party at the vintage clothing shop, and even a tattoo artist in attendance.

“The backbone that Magnetic Fields is built upon is the Indian creative scene.” says Chawla. “Whether its musicians, or artists from other creative spectrums – that includes fashion, graphics, installations, films or anything else. That’s important. We're an Indian festival showcasing the best of what's happening in India, but both ancient India (slowly introducing more and more content) and of course modern India.”

For a country which has such a definite sense of its own cultural identity - particularly when it comes to food, art, architecture etc. - it feels as though it’s only a matter of time before electronic music in India becomes more synonymous with Indian electronic music. Magnetic Fields Festival - at least for the foreseeable future - is a key piece of that puzzle. 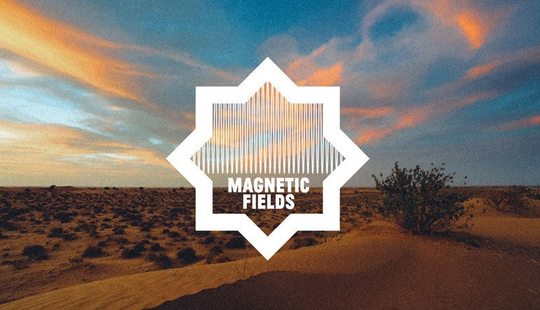