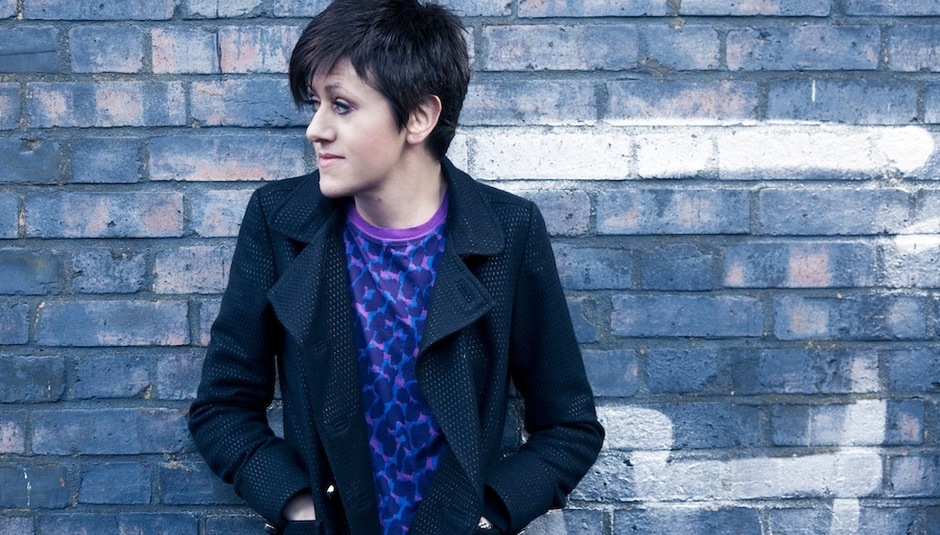 Tracey Thorn and Ben Watt are the husband and wife duo behind Everything But The Girl; one of the most successful musical partnerships of the 80's + 90's who scored top ten hits on both sides of the Atlantic, including the monster Todd Terry remix of 'Missing', which stayed 55 weeks in the U.S charts (still the 11th longest charting song on the US Hot 100), and the first ever single to spend an uninterrupted year in the US Hot 100.

An overview of Tracey's solo material entitled SOLO: Songs And Collaborations 1982-2001 is released this week and we thought who better to interview on her solo career than husband Ben Watt?

Which bits of the you that made A Distant Shore do you still recognise?

The guitar player is, if anything, a slightly better guitar player than I am, in that I am now very out of practice. She even does a bit of soloing. The singer sounds a bit like me, though she has some tuning issues. The lyricist sounds like she hasn’t lived much yet. She doesn’t have a wide range of experience, but she has thought very hard about certain things, and is very heartfelt and sincere. I think, overall, I like her.

If you hadn’t met me, how might your music career have panned out?

I’ve always wondered. The Marine Girls would have run out of steam anyway, we were drifting apart by the time I met you. I might have made a solo record, but I think I would have had to meet someone else to provide me with the motivation to keep going. I wouldn’t have had enough drive to continue on my own. So you were the catalyst, and without you who knows what would have happened. I’d still be in the library probably.

Who is your favourite talking animal?

Swiper from Dora the Explorer, although I have just googled him and I see that he is described as “the worst villain in children’s television”.

Weeks, even months can go by when you don’t ever pick up a guitar or a pencil. When you focus, songs often come to you unexpectedly and you get them down quickly without much reworking. Has it always been like that?

Well when I was younger I spent a lot more time with a guitar on my lap, coming up with ideas for songs. And I used to be more of a notebook keeper, writing lyrics more regularly. But certainly for quite a few years now I’ve had a more laid-back approach to creativity. I try to be receptive to ideas, and let them come as and when they come. I’ve never been good at forcing things, and I’m certainly not a great re-worker. I quite like the surprise of an idea coming, as if out of nowhere.

Lately you have written more at the piano. Why?

Partly just to broaden the possibilities. As you know, I am such a limited guitar player that the danger is that I always come up with the same few chords. I get frustrated sometimes when I pick up a guitar, I can’t make it do what I want. Whereas on the piano I can experiment a bit with different chord shapes.

A lot of readers will be thinking, singer yes, but what are your greatest sporting achievements?

Very few and unimpressive. I remember a school sports day when I was 11 where I tried high jump for the first time and was quite good at it. My teacher commended me for my perseverance, getting over some of the heights on third attempt and not giving up. The fact that I remember this very minor achievement speaks volumes for my general ineptitude.

I was not a bad runner, and used to do the 200m. I very much liked the kit - tiny shorts and spiked running shoes. A little tennis, here and there. Quite good at table tennis. And I have walked a marathon.

Do you sometimes feel undue emphasis is placed on your voice and the quality of your lyric-writing is often overlooked?

Yes, but I’ve gone on about it a bit now so I think I’ve made people notice. In Bedsit Disco Queen I printed a lot of my lyrics, basically screaming, “LOOK! LOOK! SEE WHAT I’VE WRITTEN!” at the reader. I have a reputation for being modest, but in fact writing about yourself, and printing your lyrics, is nothing more than a demand that people take you and your work seriously. Or at least notice you.

Political songwriting - where did it go?

I’m not sure I’m bothered, really. I never much liked POLITICAL songs, only ones that told stories. I don’t like simplification, and I do like subtlety, so when I did take any kind of political stance (in my case, mostly feminist) I was often so oblique about it that no-one even noticed. “Each and Every One” is a very feminist lyric but everyone thinks it’s about a boyfriend.

When you were a teenager you ordered seven-inch singles by mail order from Small Wonder in Walthamstow. Nowadays you are a sporadic Spotify user. What has changed about your listening habits and what do you get from other people’s music these days?

In general, I just listen a lot less. Like most music-mad teenagers, I used records to define myself, and to connect with other like-minded souls, and to see myself reflected in other people’s work. And then another big part of it was music as the soundtrack to a social life - going to discos, gigs, being round at friends’ houses, all listening to the same music. Now music is something I experience in a more solitary way. I listen while I’m walking, or while I’m cooking. I’m indecisive about putting music on, so I like it when it appears almost by accident or without me having to make any effort (what I mean here is, I like it when YOU put a record on.)

When you listen to music do you only ever really listen to the singer?

More or less, yes. I’m still very vague about what’s going on around (behind) the singer. I only notice if it seems in some way wrong. If it’s right, I just sail past it, saluting its rightness on my way to the SINGER. I can’t like a band if I don’t like the singer, and I can’t like a singer if there are annoying mannerisms, or they seem very derivative of someone else, or if they just seem unlikeable in some way - pretentious, self-important, overly pleased with themselves.

You often spend little time at the microphone - two or three takes and the job is done. How? Why?

Well partly because I tire very easily. Not much vocal stamina, so if I don’t get it early I worry that I’ll start to run out of steam. Because of this, I think I make maximum effort right from the first take. I’m always assuming, from the minute I start, “this could be the one - do it properly”. I’m never just warming up, or trying something out.

Looking back, would you have been just as happy singing disco?

Haha, possibly not, there are too many lyrics I’ve written that wouldn’t really work with a disco beat. Sad little songs about wanting to have children, or meditations on being menopausal, that would clear the dance floor in seconds. Still, when I DO sing disco, I am always very happy.

What are the upsides and downsides of musical theatre?

Up until very recently I would have said there are ONLY downsides. I thought I hated it all. Then Alfie took me to see Les Miserables and I was converted. Loved every minute. Since then I’ve had mixed experiences - Gypsy was one of the best things I’ve ever seen on stage, Cats made me want to die. It can be wonderful in its flamboyance, its absolute joyousness and abandon. Above all, what I like about it is that the rules of rock and roll don’t apply - it’s not trying to be cool and it’s not ruled by men. What this means is, better parts for women, even - gasp! - older women.

How would you have fared on BBC’s ‘Special Forces - Ultimate Hell Week’?

I think they would have sent me home on Day One as I burst into tears while trying to put a tent up.

You go for a long walk every day. Why?

1 - For exercise and weight control - rather a walk than a diet is my motto. 2 - For mental distraction - it’s very good for getting you out of yourself. Being on the move is always more cheering than being stationary. I listen to music, or to the radio, or to audiobooks. The weather changes, the seasons change, you pass different people. I walk the same routes over and over again, and it’s always different.

Do you keep all your PIN numbers and passwords in your purse?

NO what do you think I am, don’t answer that. 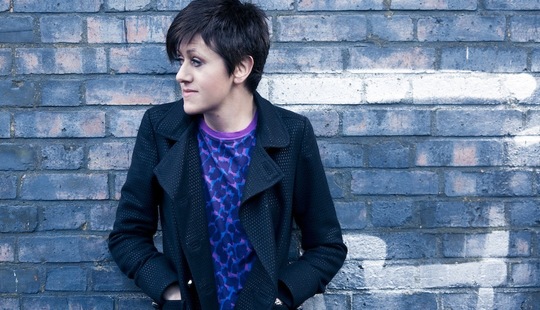 "The first two are kind of a trojan h...