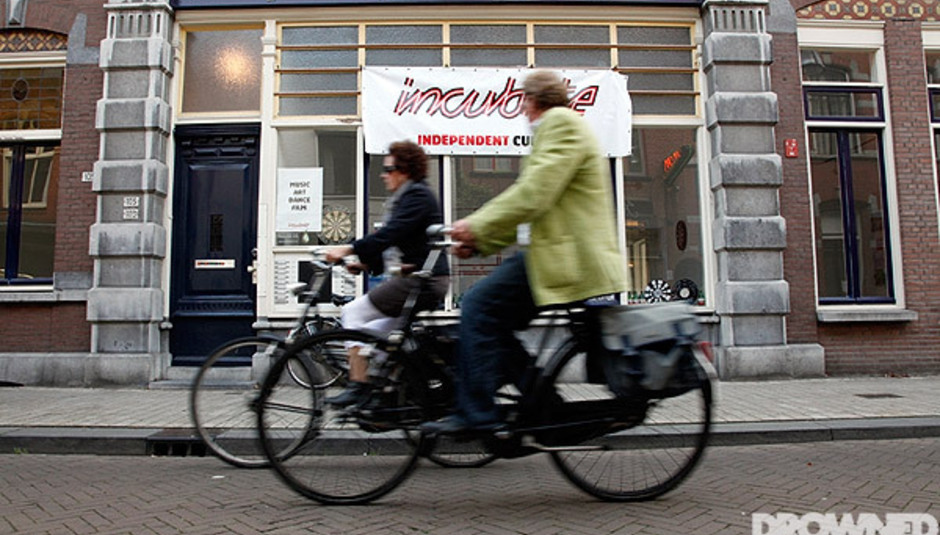 It’s the end of the festival season… and DiS is heading to Incubate in Tilburg in the south of the Netherlands. This huge festival (350+ acts over seven days) has been going for a decade, and has attracted big names, cult underground legends and exciting newcomers alike. So, what’s there to look forward to…?

Tilburg is the sixth largest city in the Netherlands, with a population of around 210,000 people. That makes it about the same size as Portsmouth. Unlike Portsmouth, however, the centre of Tilburg is almost overflowing with music venues. This is true to the extent, in fact, that Incubate has no need of the 013 venue complex, which is the city’s most famous location for touring bands. Instead it makes use of everything from the smart Theater Tilburg and atmospheric nineteenth-century Pauluskerk to the superb jazz club Paradox and the delightful dive metal bar Little Devil. That the vast majority of Tilburg’s venues are within five-to-ten minutes walk of one another makes experiencing Incubate incredibly easy for a multi-venue inner-city festival. The centre of Tilburg itself is also lovely, with no shortage of pleasant bars (many of which participate in the festival if only through its free and public Incubate Zero programme) and restaurants in which to while away time before and between bands. In short, Tilburg is the perfect host for an inner-city festival.

This year’s Incubate bill is made particularly special by the presence of some mouth-watering collaborative sets. Amongst the most exciting are two performances featuring Austrian drone maestro Fennesz, one with legendary Norwegian trumpeter Arve Henriksen and another alongside King Midas Sound (whose collaborative LP with Fennesz is on the verge of release). Other highlights include unrestrained extremity in the form of Merzbow and Full of Hell’s Wednesday night performance. On Thursday night, a masterclass in electronic experimentation from Cluster & Harmonia’s Hans-Joachim Roedelius and To Rococo Rot’s Stefan Schneider. Friday sees Russell Haswell and Yasunoa Tone team up for some industrial noise excavating, and Sunday night features what’s sure to be an explosive meeting between Neneh Cherry and RocketNumberNine.

One of the best things about Incubate is its takedown of the hierarchical premise of most UK festivals. Yes, some of the bands on the bill are de facto headliners because of their greater fame, but this is one festival that never feels like it is constantly building up to headline sets above all else. Most acts are given at least 45 minutes in which to perform, many play full-length headline sets. Even those that take on the appearance of headliners are delightful precisely because they are the sort of bands who should be headlining festivals but who (sadly) rarely get a chance. The likes of The Ex, William Basinski, Cabaret Voltaire, Converge and Melvins all fit into this category this year.

Eclecticism is Not a Disease!

Ever wanted to spend your day veering between free jazz, dream pop, power electronics and folk? Well now you can. The Incubate programme is always strikingly diverse, and this year is no different. The whole festival has an experimental vibe, but that incorporates great songs as well as avant-garde exploration. So it is that, on the one hand, this year’s event includes sets from Badly Drawn Boy, Idaho, Mercury Rev and Wire. On the other there are performances from Sylvain Chauveau, Factory Floor, Samuel Kerridge and Laurel Halo. This is without going into the extreme metal side-event taking place in a glorious Nature Theatre on the outskirts of the city, including performances from Empyrium, Secrets of the Moon and Ufomammut. For that matter there’s also the matter of having the chance to dance deep into the night with Helena Hauff, Mr Scruff, Perc & Truss, Powell, and many more.