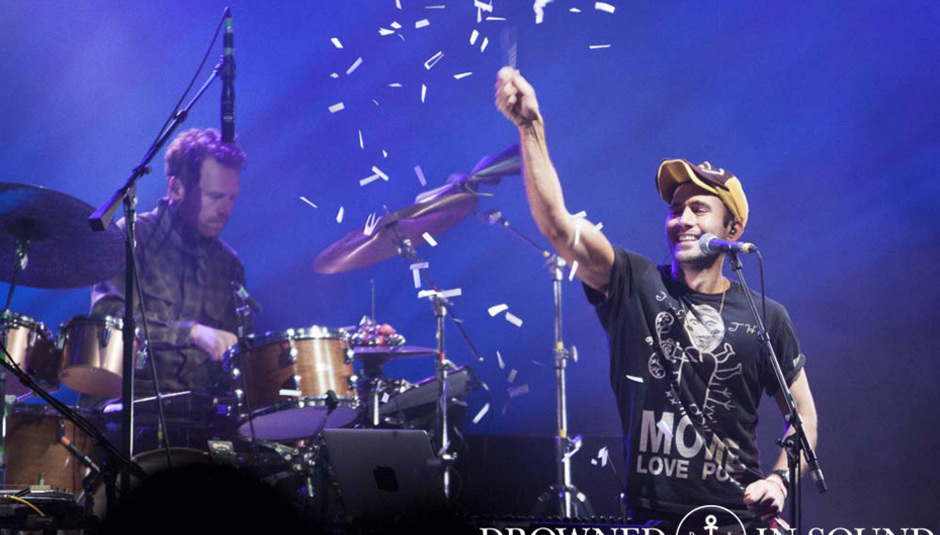 Celebrating its tenth anniversary, End of the Road festival used its relative veteran status to once again show that it’s one of the very finest events of the season. Matching its incredible setting with a flawlessly potent mix of indie, folk, electronica and Americana, it is a difficult job to actually find anything to criticise about it, a situation that most critics would find themselves particularly unused to. I’ve wracked my brains and there’s still nothing.

Its placement in September would suggest some fatigue on the part of both performer and punter alike; not the case here. A far cry from certain events in which bands merely seem to be going through the motions in order to promote and pay themselves enough for the next service station meal deal on their way to the next commitment, there were few here who didn’t mention EOTR as a slot they were particularly excited about, with some noting how much they were looking forward to camping there themselves. This was a festival forming something of an oasis in the slew of ones that precede it in the summer: not as smug as your average boutique festival, nor as messy or chaotic as the big-names on a bigger-site events, End of the Road ticked all the boxes.

And there were literally peacocks walking around. Peacocks! While you were waiting for Ought or Nadine Shah or whoever. The Garden Stage, where these walking ornaments seemed to call their home, almost has to be seen to be believed, with enormous facades, hedgerows and all the other trappings of a pretty fucking posh garden or an Ivy League Quad. A walk into the nearby woods would also expose many delights: secret stages, a huge wooden boat where DJs spun astounding and miraculous runs of bangers into the night, so full that barriers were collapsing and the crowd surged and writhed as one, and a games area where you could piss around playing skittles. There was nothing in the way of hostile meat head security, people left all their stuff around their site without fear of theft and somehow the organisers managed to master the usually abhorrent format of a silent disco, warranting stage invasions and sets that whipped audiences to a frenzy.

But I’d best talk a bit about the acts.

Bringing in the big names such as Sufjan Stevens, The War on Drugs and Tame Impala as headliners, great bands were to be found all day: if you wanted to catch Hooton Tennis Club’s impressive and welcome Pavement-indebted racket then you needed to be up-and-at-em relatively early. The Saturday saw Hooton Tennis Club as part of a Heavenly Records curated stage celebrating the label's 25th birthday, with the beautiful harmonies and thudding synthpop of Stealing Sheep precede an incredible Saint Etienne performance of Foxbase Alpha: an enjoyably warm set that reminded the audience what a treasure the band are in its equal parts uplifting soul and propulsive house. The same evening saw Sufjan Stevens control a huge crowd with rare skill (a skill that Django Django failed to harness during their adequate but predictable set the evening before), leaving the audience in rapt, breathless silence for the subdued, delicate airings from Carrie and Lowell and in ecstatic delight for the likes of ‘Come On! Feel The Illinoise!’. Stevens displayed his wonderfully diverse repertoire with unconcealed glee, the ominous drone of the finale leaving the crowd awestruck, and possibly not in the correct frame of mind for the frightening, intense but absolutely electrifying bile soon to be spewed by Sleaford Mods in the adjacent Big Top stage.

Peppered throughout the late afternoons and early evenings were slots by acts who seem on the correct trajectory for headline status themselves. Friday saw Ought bring their Talking Heads meets The Fall cacophony upon an excitable audience, with singer Tim Darcy chock-full of Seventies NYC cool, gesticulating wildly with a captivating and louche arrogance. The new material stood up well with earlier ‘classics’ such as ‘More Than Any Other Day’ and ‘Weather Song’, the former of which saw swathes of the audience erupt into a furious moshpit. Cut to two days later on the same stage and Mac Demarco has the audience in stitches at his between song chat, not to mention the songs themselves. Never a huge fan of him myself, although familiar with all of his records, the set finally confirmed what I always wanted to believe: Mac Demarco is up there with the finest performers and songwriters of his generation. Whilst self-deprecatingly bemoaning having to play ‘new’ material, the tracks from his latest mini-album Another One saw as much audience enthusiasm as anything from Salad Days or 2, although especial appreciation was predictably displayed for the likes of ‘Cooking Up Something Good’ and such.

Without being able to mention all of the acts (okay, one more: East India Youth was, as always, absolutely astounding on the Friday, a perfect follow up to the newly rebranded Disco-Psych of Tame Impala), or discuss everything fun/ good that happened, End of the Road seemed to be hugely enjoyed by 100 percent of the people involved, exemplified by the raucous Mac Demarco-led happy birthday singalong to the festival, complete with candles and cake. A celebration and milestone wholly deserved by the event: many happy returns.

"I don't think there are any other ba...