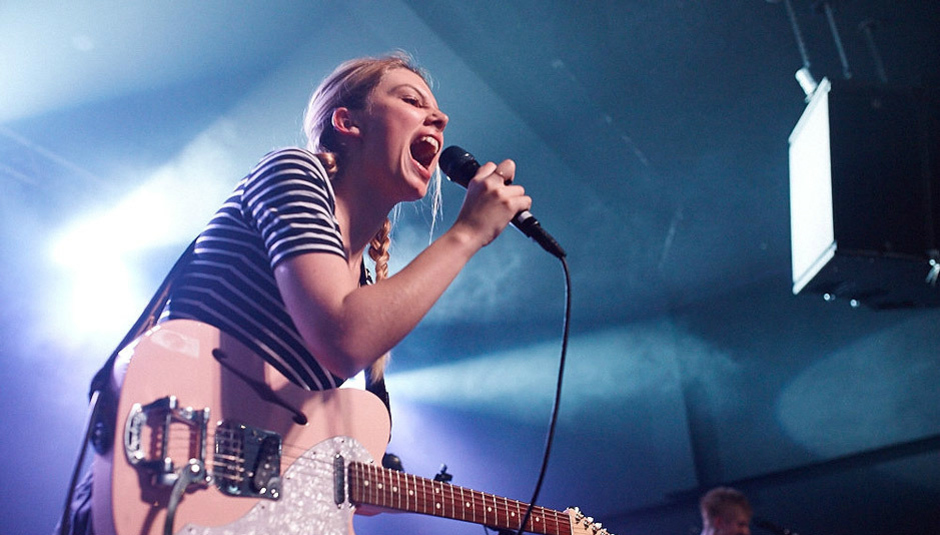 The AIM awards 2015 take place tonight. Swot up on the nominees with our 60-song Spotify playlist.

You can follow the action over on our Instagram where the team from AIM will be helping us bring you snapshots and quick chats with various nominees and attendees. Hopefully we'll catch up with everyone from Skepta to Wolf Alice (Ellie from the band is pictured above) via Simon from Bella Union and the folks from Earache.

And if the below playlist which we ran a few weeks ago isn't enough, we've also put together a pilot for the new DiS Review Show podcast which features a lot about this year's AIM Awards, as well as a chat with Metric (who used to be signed to our independent label).

The AIM awards 2015 nominees have been revealed.

To celebrate the Independent Music awards, we've made you a 60-song Spotify playlist to guide you through this year's nominees. And if you show your support for independent music by tweeting it, you'll be entered into a special draw to win a Spotify premium subscription (we'll pick a winner on September 6th).

Wait, what are these AIM Independent Music Awards of which you speak...?

They were set up by the Association of Independent Music (aka AIM) to celebrate the successes of labels as varied as Warp, Erased Tapes and XL. This year will be the 5th year of the awards. The ceremony takes place on September 8th at a boozy dinner bash in London. The sorts of people judging the awards included me alongside representatives from Radio 1 and 1Xtra, 6Music, XFM, The Quietus, Mixmag, The Independent, Kerrang!, Metal Hammer, DIY and FACT Magazine.

And without further ado, here are this year's nominees...

in association with Disc Manufacturing Services

INDEPENDENT ALBUM OF THE YEAR

Bjork – Vulnicura
Enter Shikari – The Mindsweep
Father John Misty – I Love You, Honeybear
Ghostpoet – Shedding Skin
Jme – Integrity
The Bug – Angels & Devils
The Charlatans – Modern Nature
The Xcerts – There Is Only You
Wolf Alice – My Love Is Cool
Young Fathers – White Men Are Black Men Too

Hey indie record shops! You'll be getting some of these lovely posters through this week :) @recordstoreday @ERALTD pic.twitter.com/QhyDz3grCl

in association with XFM

SPECIAL CATALOGUE RELEASE OF THE YEAR

in association with Amazon Music

AIM Awards judges met to decide this yr's nominees today! Here they are checking out some Special Catalogue entries. pic.twitter.com/pN7BcDpP6K

in association with AIF, voted for by readers of DIY

INDEPENDENT BREAKTHROUGH OF THE YEAR

in association with CI

INDEPENDENT VIDEO OF THE YEAR

in association with Vevo

Alt-J – Hunger Of The Pine
Flying Lotus – Never Catch Me
Ghostpoet – Sorry My Love, It’s You Not Me
Ibeyi – River
Son Lux – Change Is Everything

in association with Jack Daniel's, voted for by visitors to Songkick

INDEPENDENT TRACK OF THE YEAR

in association with Spotify

INDEPENDENT LABEL OF THE YEAR

in association with Believe Digital

Two of 2015's winners have already been decided by our esteemed judging panel, these will be awarded at the AIM Awards ceremony on 8th September.

in association with The Orchard

25 years of Ninja Tune: kicking it with the maverick trailblazers http://t.co/Jq24u7B8FW #innovatoraward

in association with Merlin

For more about the awards visit musicindie.com/awards