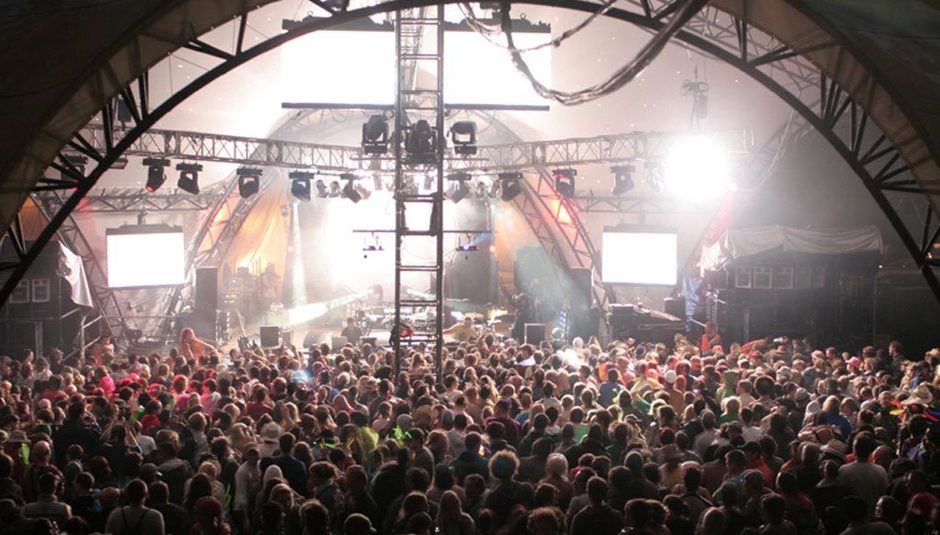 It’s less than a week now until the third edition of Bristol-based ArcTanGent festival. The event, which blends together a diverse line-up of experimental and heavy music – from electronica and post-rock to sludge metal and noise rock – has won acclaim over the course of its first two outings for the quality of its line-ups. And 2015 looks set to wipe the floor even with the superb two bills the organisers have put together in the previous two years. Here are DiS’s top picks for the weekend…

A festival the size of ArcTanGent is not totally dependent on its headliners, but may be more so than larger events, so it’s a good job that the top of the bill looks so strong this year. Long term DiS favourites 65daysofstatic will round off the Thursday early entry night, before being followed by the incomparable live force that is The Dillinger Escape Plan on Friday evening. Dillinger will also be getting a bit of help from reunited progressive metalcore troupe The Fall of Troy*, in case fans of off-kilter heaviness needed another reason to be excited. Closing the festival on Saturday night, meanwhile, will be Swedish post-metal legends Cult of Luna and, finally, atmospheric black metallers Deafheaven.

It was a sad day for all lovers of forward thinking British guitar music when Oceansize split back in 2011. Thankfully frontman Mike Vennart is back in action. His eponymous band – also featuring other former ‘Size men Steve Durose and Richard ‘Gambler’ Ingram – will provide a set full of anthems from the excellent LP The Demon Joke on Friday afternoon. Then there’s the debut live showing from Vennart and Gambler’s other project, British Theatre, on Saturday. A more ambient affair, this second set comes highly recommended to fans of DiS’s Articulate Silences column…

Deerhoof fans will long have been aware that the quartet should be a main stage band, but ArcTanGent provides an all too rare outing for them in a top draw big stage festival slot. If there’s something that sounds better than watching Deerhoof play a set full of new and old classic alike in a field on a sunny afternoon then feel free to email us and let us know. As this is partly a math rock festival do expect to see lots of skinny bearded blokes trying (and failing) to air drum like Greg Saunier.

ArcTanGent has a reputation for 'chin stroker music', for thoughtful post-rock and exceptionally complicated math rock; the first year of the event featured one intrepid attendee seemingly attempting to quiz everyone present as to their preference between the two. This year, however, the festival has balanced things up a bit by providing a large amount of bands centred primarily on a talent for gigantic guitar riffs. There’s the likes of Seattle trio Helms Alee, Leeds duo That Fucking Tank and Bong-related stoner metal troupe 11Paranoias to look forward to in this department, and that’s just for starters…

THE VIBE The best thing about ArcTanGent, aside from all the incredible bands, is undoubtedly the general festival atmosphere. Small independent festivals are often much more appealing than larger commercial events, and ArcTanGent is no exception. The diverse, and fairly esoteric, nature of much of the line-up also means that the crowd tends to be really clued up, meaning you’re sure to meet a few new music obsessives over the course of the weekend. Add in excellent food and drink options, including beer and cider from the excellent Cotswold brewery and a special Signature Brew IPA, and you have all the ingredients for a great chilled out weekend of fantastic music and fantastic people.