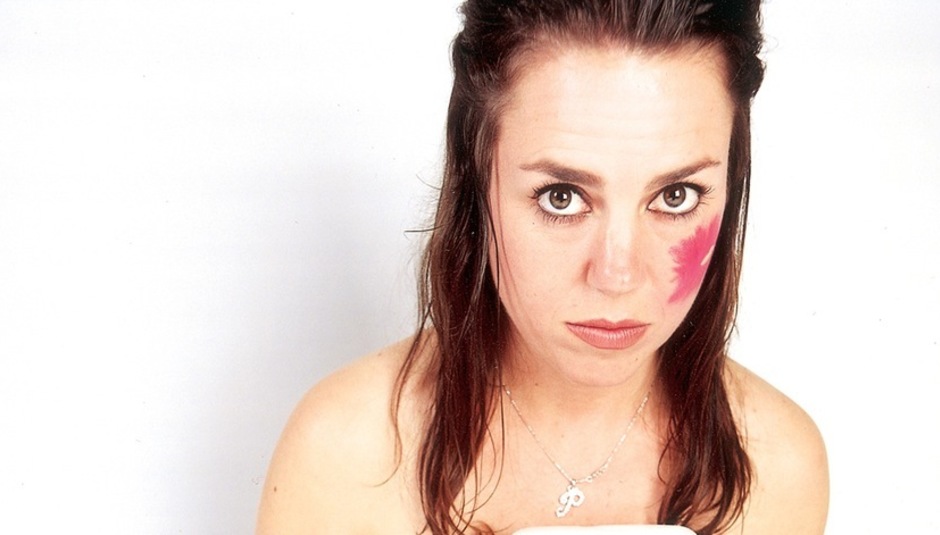 Petra Haden manages to be keep a low profile while simultaneously being everywhere. As the Kevin Bacon of independent music, there’s a very good chance she’s appeared as either a vocalist or violinist on a record you know and love.

She began her career in the early 90s with pop punk band That Dog, and has since toured or as a member of the Decemberists, made appearances on albums by Green Day, Beck, and a couple of Mark Lanegan projects, and gained some notoriety for her a cappella arrangements, including recording the entirety of The Who Sell Out. Her latest release, 2013’s Petra Goes to the Movies, is a collection of a cappella reinterpretations of notable film themes.

She recently completed a new album, Seemed Like a Good Idea, in collaboration with Jesse Harris (who wrote Nora Jones’ hit “Don’t Know Why,” and made appearances on two Bright Eyes albums). She’s also looking forward to the vinyl reissues of Petra Haden Sings: The Who Sell Out and her 1996 solo debut Imaginaryland on Bar/None.

Petra is performing as part of David Byrne’s Meltdown, where she’ll be teaching songs from Petra Goes to the Movies at a Voicelab workshop. We chatted to her over the phone while she was in New York rehearsing with her choir for Friday’s workshop.

For Meltdown, you’re working with the Southbank Centre’s VoiceLab in addition to your own group?

Yeah, I’m doing this workshop, which I’ve never done before. It’s strange, because I don’t think of myself really as a teacher. I don’t sight-read, so it’s funny -- well, it’s not funny -- because all the music is written out for my Movies songs. My choir director, Cindy O’Connor, used to sing in my choir called Petra Haden and the Sellouts. Back then, I just taught all the singers by ear. We just recorded all our parts and figured out who was going to be altos and tenors and soprano. Everyone figured out their own part by their range. For the Movies record, Cindy said, “I think it would be easier if we had singers who could sight-read, and I’ll just transcribe the music. It’ll be quicker.” Because when I taught the Who songs, it took a long time because I didn’t have anything written out.

So you recorded it without writing it down?

Yeah. For the Who Sell Out, it was easy because I was going to be the lead, singing the words, and also there were some parts where I was singing “ahhs” and “ooohs” to fill out certain parts. Sometimes I’d be doubled with singing the words, but with guitar solos, I’d ask someone to sing the harmony with me, just to make it more fun sounding. We actually did that with the Journey song, “Don’t Stop Believing.” The guitar solo, there’s two parts in that, so someone would chime in with me who was really a super-soprano, because there’s some parts that were too high for me.

How do you manage the arrangements without sight-reading?

I quit music school. I was only in music school for a year, and sometimes I think, “God, I wish I’d stayed, just so I could take music composition and learn music skills more,” but I didn’t. I ended up touring with a band [That Dog] for a few years and just did that. Basically since I was a kid, I learned everything by ear. But actually, when I took violin lessons, I did read music. Eventually I quit, so it kind of escaped my brain. That’s why I don’t really read that well.

With the singers I would work with, I would sing out a chord. “You sing this one, this one, and this one,” until it sounded like a chord. They took their own notes, and some of them did actually sight-read and wrote out parts. For the most part, I just taught everything by ear with the Who record. When I was working with the singers for the Movies album, I would explain certain parts like, “this is Psycho, just remember, it’s about MURDER! So sing this part like ‘bump bump bump!’” And then Cindy’s like, “Oh that’s called --” some musical term. So everyone knew what to do.

Who’s idea was the workshop?

Jane Beese was telling me that David Byrne was inviting me to be a part of Meltdown, and she said, “Are you working on anything now? A record?” And I said, “Actually, I am working on a record, but it’s not even done. We haven’t really even finished recording.” She was reading her notes, and talking with David, she said, “Oh, maybe you could do something with your Movies record, working with a choir.” I thought, “Well, it would take months to rehearse with a choir singing “Rebel Without a Cause” and “Taxi Driver.”” It would just take a long time to do that for a show. So that’s when they thought, “Oh, how does a workshop sound? Maybe not singing every song on the record, maybe singers learning a few?” I thought that would be easier -- I really got nervous when they said “workshop,” because I’m the shy one in class. But then Cindy was saying how much fun it would be, and she convinced me.

Had you worked with David Byrne before?

Yeah. I was in a band with my friend Yuka Honda, she’s in a band called Ciba Motto. We were working on our own songs, and we were almost finished with our record, and I always have a tough time writing words. That’s another thing. My God, I wish I knew how to write words! We had this one song that had this vibe that reminded me of David Byrne’s music. It just had that feeling. I was like, “You know who would be perfect to write words for this? I think it would be David Byrne.”

I know Yuka has worked with him before. I don’t remember how I got an email, but we both emailed him, and he said, “Yeah, of course!” We sent him the song, which was me singing kind of in gibberish, except there’s a few words that I did sing just because when I hear a certain part of a song, I pick words that fit the music. I’m not even thinking about what it really means. For instance, I was singing “Carry me away,” and I don’t know why. That was the only word in the song. When I sent it to him, he actually changed that word to the name Eliza. He wrote these words about this person named Eliza, and it was great. It was so quick, too. He sent back his demo and then with his demo part, I recorded my vocal, singing with him. We ended up playing a show in New York and he got up on stage with me and sang that song, so that was a special treat.

When my Movies album came out, he wrote me and congratulated me. He really liked the Movies album. I was excited about that.

Are you appearing with any of your previous collaborators at Meltdown?

I wish! I’m only there for such a short period of time. I know Sunn O))) is playing, and I played violin on their record, ØØVoid. I wish I could play with some of them. I don’t know if I’ve worked with anyone else. I have to check. It’s funny because there’s so many different artists. I sang background vocals for a Bette Midler record, but then I work on Iggy and the Stooges. It’s so funny.

Are you still working on your new album?

It’s actually done. We’ve never played live before. Jesse and I have sung together, performed together, but I haven’t with him in a band. That’ll be exciting.

How did you end up working with Jesse Harris?

My friend Anthony Wilson, he’s a jazz guitar player, he asked me to play violin with him, and Jesse was playing guitar in his band. I said, “Oh, I’m a fan of Jesse Harris, I love his songwriting.” I was excited to play with him. He gave me his new album, Borne Away, and I loved it. I was like, “God, I wish I could work with him. I wish he could help me write songs for a solo record.”

The next show I did, I asked him if he would help me, and he said, “Of course, that would be great.” He flew to LA to work with me, and we wrote three songs together, and he said, “I have these other songs that I haven’t released that I feel would fit your voice really well.” We recorded those songs, and I added my sound, which is layered voices -- not a cappella, but I put a lot of vocal stuff on it and violin. We ended up recording it in five days or something, because he had to go back to New York. That’s how that happened. It was just so quick! Mastered and everything. It was great working with him. It’s going to be called Seemed Like a Good Idea.

How does this compare to your other albums?

Most of the records that I do are covers. Even though a lot of the songs on the record are Jesse’s, it really was a collaborative process. I did the Who Sell Out, and Goes to the Movies, and I’ve done records with Bill Frisell, which we do old Gershwin songs, Stevie Wonder. This is a first for me where it’s more collaborative with the songwriting.

Do you have more tour plans after Meltdown?

Actually, not with the project with Jesse, but with Bill I am. Bill Frisell is doing a new record. I’ll be playing with him, mostly in 2016. Actually, after London, I’m going to Portland to record with him. It’s funny. It’s called When You Wish Upon a Star. It’s movie and TV themed. What’s going on here?! But that’ll be fun.

Petra Haden plays at the Purcell Room on 21st Aug 2015 as part of David Byrne's Meltdown.

“LHF is a multi-dimensional entity”: ...