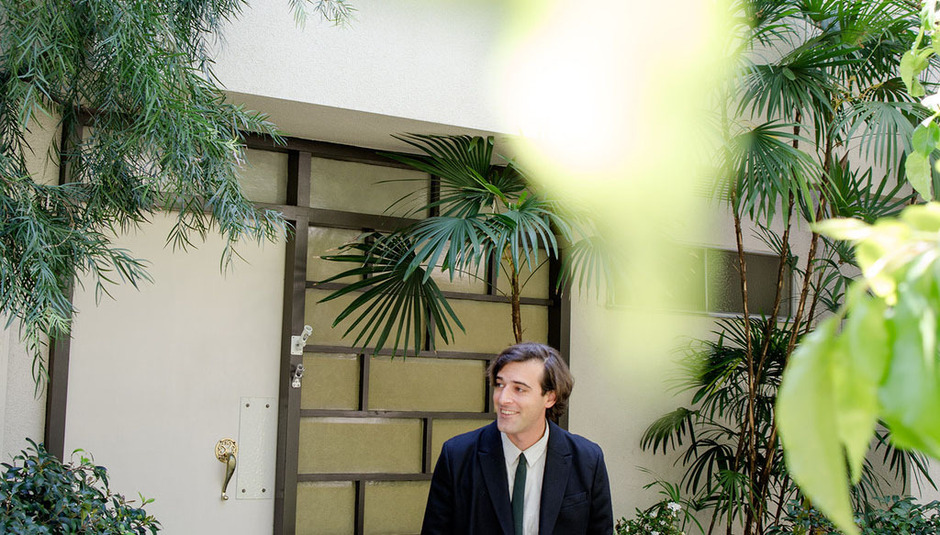 Hello and welcome to a new edition of DiS Does Singles.

As ever we've gathered together the best new songs from the past seven days into one handy column. So go on and dive right in, starting with an excellent new Ducktails track.

Headbanging In The Mirror (Domino)

For someone so prolific Matt Mondanile sure is chilled out. 'Headbanging In The Mirror' is the first taste of his fifth album as Ducktails, a project he started in 2009 and has been running in parallel to his escapades in Real Estate. You may have heard of those guys too. They're also immense.

As always, there's a lot of Real Estate in Ducktails' latest offering. The whole song slowly revolves around a lackadaisical guitar line that's as winding as the river Amazon. Mellow is the vibe and you'll you can't help but luxuriate in Mondanile's blissful sense of melody.

Like a sip of ginger beer in the midst of a heatwave, 'Headbanging In The Mirror' is refreshingly simple but still delights your senses with a pleasing tang. A collaboration with James Ferraro, its soothing psychedelic vibes are furnished with warm harmonies and breezy waves of synth. You'll breath out and dream of warmer climes as looping chords revolve around your eardrums.

Basically, Mondanile has nailed the sound of escapism. At this time of year, we all need to dream away our air conditioned office drudgery.

More #backyardsessions videos coming today!! Huge thank you to Laura Jane Grace of Against Me! and #JoanJett of Joan Jett and the Blackhearts for lending their voices and helping me launch The Happy Hippie Foundation. Find out more at happyhippies.org #HappyHippiePresents #HappyHippie #Androgynous - written by Paul Westerberg

The Replacements played a lot of covers in their time. Some of them were incredible, some of them were considerably less so. This total disregard for good taste is what made them such an exciting prospect.

In recent years, Paul Westerberg’s band have seen a string of tributes paid to them by trendy pop things. First Lorde and Kindness offered their spins on ‘Swingin’ Party’, and now Miley Cyrus has joined forces with Joan Jett and Against Me!'s Laura Jane Grace to take on the almighty ‘Androgynous’. Let It Be’s disaffected outpouring of body dysmorphia is one hell of a tough song to put your stamp on, but the trio manage it with complete and utter aplomb.

The piano-lead lament is transformed with an upbeat country twang that’s completely at odds with its dejected lyrics. “Same hair, revolution, same build, evolution/Tomorrow who's gonna fuss?" howls Grace in way that can’t help but make your insides pang. A timely reminder of an ongoing struggle.

If the mark of a true soul singer is their ability to carry off total nonsense with unfailing conviction then Miguel can truly cut it with the best of them. Just as Marvyn Gaye once sang ‘You Sure Love To Ball’ with a straight face and Al Green posed in an all-white suit next to a hanging basket on I’m Still In Love With You’s cover art, the high-kick supremo has outdone himself on the lead single from his forthcoming third record: Wild Heart.

“Wordplay, turns into gun play/And gun play turns into pillow talk,” simpers the R&B star in a serene tone of voice that implies some of this ‘play’ almost certainly involves his penis. He’s soothing your ears as your mind screams, ‘This. Is. Bollocks.’

For some unholy reason there are three(!!!) official versions of ‘Coffee’ available to buy on iTunes. The two featuring guest rapper Wale are truly ludicrous, “She said she don't on the first night, the morning wood.” The final solo edition just about avoids descending into self-parody. Actually, I love it.

It’s kind of like a mum-friendly of ‘Adorn’ or ‘Do You...’, assuming you mother has no concept of innuendo whatsoever.

Aside from Y.G.’s My Krazy Life and Run the Jewels 2, 2014 was not a vintage year for hip-hop albums. Still, Vince Staples’ Hell Can Wait EP pointed towards a debut record that could well deliver. In seven tracks the Earl Sweatshirt collaborator rifled through a series of club-friendly bangers and more lyrically dexterous cuts that gave you good reason to get excited about the Long Beach native.

Now ‘Señorita’ has arrived as the first taster from Summertime in July, and it’s fine… A sample from Future’s ‘Covered N Money’ dominates the track, leaving Staples to spit around its edges. Some punchlines land but most tread over the same familiar ground you’ve heard before.

“What means the world to you? Is it a fast life, money and clothes?,” asks Staples “Probably fuckin' these hoes.”

Shamir is known for grand offerings of electro-pop bombast. Both ‘On The Regular’ and ‘Call It Off’ are futuristic floorfillers of the utmost quality that send you to ecstasy with glistening swells of synth and bass. Unfortunately ‘Darker’, his attempt at a ballad, isn’t quite as transcendent. It falls for that age old notion that adding strings to a track will make it 10 times more weepy. Instead, the latest cut from Ratchet just feels a bit staid and predictable. It will probably play well on the radio though.

Unlike Madonna or Rihanna, you never get the impression that Britney’s really fussed about songwriting. Stick her in the studio with an A list producer and she’ll do her best to sell the resulting track, but she’s not going steer the direction of her career. That’s a fine approach when you’ve everything song you release is a hit, and less so when you end up with a lead single like ‘Pretty Girls’.

Preening indie-pop from the Morrissey solo album you deserve.

From Raketkanon to Thurston Moore: Li...