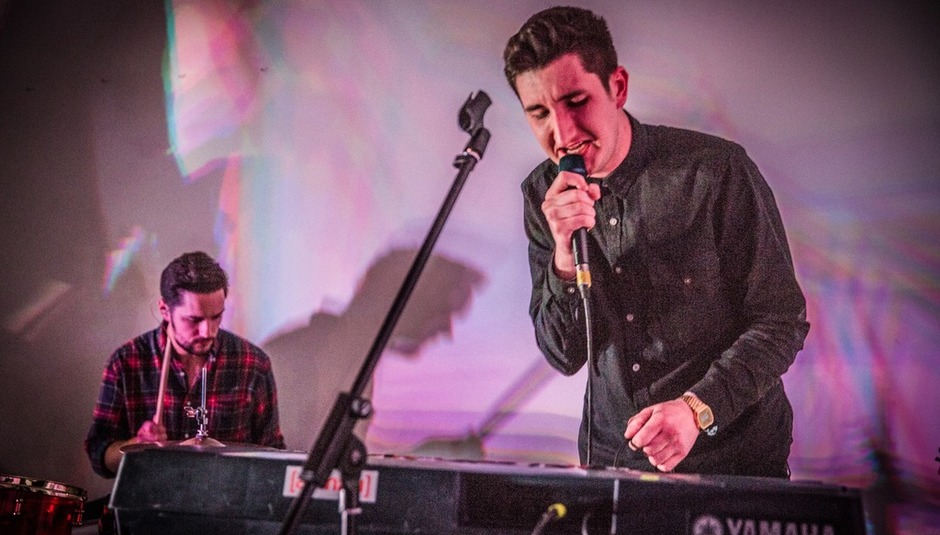 This coming weekend (Thursday 14th May - Saturday 16th May) sees the majority of the music industry converge on Brighton. Now in its tenth year, The Great Escape has established itself as the European equivalent of South By Southwest with over 400 artists playing across dozens of participating venues. With its sister event The Alternative Escapealso taking in another 200 artists and 15 venues, it promises to be arguably the busiest weekend of the festival calendar.

Drowned In Sound will be in attendance too, hosting a stage at The Old Market where Mew, Groenland, Hannah Lou Clark and Feverist make up the bill.

With so many great acts to choose from, we've scanned through this year's line-up with a fine tooth comb to pick out ten artists we're particularly excited to see.

This Nottingham duo have been on our radar for some time ever since their earliest demo recordings landed at the tail end of 2013. With two cracking singles under their belt to date ('Arcadia' & 'No Corruption') and an album expected next year, big things are expected over the coming months. Which is as good a reason as any to catch them in such intimate surroundings while you still can.

Danish four-piece Blaue Blume remind us of 90s bands like Geneva or Suede given a post-rock makeover. Debut EP Beau & Lorette came out last year on Club AC30 and their as-yet untitled first long player is expected to drop before 2015 draws to a close. So we're particularly excited about their mid-afternoon slot on Friday alongside fellow DiS favourites Groenland.

This Melbourne based four-piece fuse grunge stylings with hints of psychedelia and evocative shoegaze as demonstrated on former singles 'Wavy Gravy' and 'Not Today'. New EP ROYGBIV came out this week and further illustrates their prowess as one of the most exciting new bands on the planet. With a live show that's been described as The Beach Boys playing Nirvana, they come strongly recommended.

Dublin's Girl Band stole the show not once but twice at last year's Primavera Sound festival in Barcelona. The smart money may well be on them repeating that feat here too. Frontman Dara Kiely creates a formidable presence while swathes of intensely driven noise emanate from his three bandmates. Currently signed to Rough Trade, their debut album is due later on in the year and promises to be one of 2015's finest. In the meantime, don't pass up on this opportunity to get a glimpse at just what all the fuss is about.

While not normally ones to blow our own trumpets, it's fair to say we're proud as punch to be hosting Mew as headliners of 2015's Drowned In Sound stage. Now in their 21st year of existence, the band's long awaited sixth LP and first since 2009 + - came out last month to a fanfare of glowing reviews and with their UK visits sparingly few and far between these days, this one-off performance bears all the hallmarks of being one of The Great Escape's finest in its history. Are we stoked? You bet we are!

Although 2015 hasn't quite reached the halfway stage just yet, Pinkshinyultrablast's incredible debut Everything Else Matters can already count itself as one of this year's finest albums. Nearly six years on from their first EP Happy Songs For Happy Zombies, the Russian five-piece have crafted a record that marries ambient electronica with surging, reverb-drenched melodies topped off by Lyubov Soloveva's distinctive vocals. With a live show that is incessantly loud as well as focusing on all the aforementioned elements, they're not for the fainthearted.

Another two-piece from Nottingham specialising in thought-provoking electronica are Shelter Point. The duo, originally from Coventry, have been marking their mark around the city's club scene for a couple of years now. Robin Hearn provides the ambient soundscapes which act as a backdrop for Liam Arnold's melodic vocals, with comparisons to Disclosure not that far off the mark. Intelligently executed in a complex yet subtle manner, their early evening show on Friday might just prove to be the tonic that gets the weekend's party started.

This time last year, little was known about Mali outfit Songhoy Blues outside of their native surroundings. Fast forward twelve months amid endorsements from Damon Albarn, Yeah Yeah Yeahs' Nick Zinner and Brian Eno, a slot on Later With Jools Holland and a record deal with London independent Transgressive and they've become one of the hottest new properties in music. Expect Zeppelin style riffs galore and a glut of politically conscious yet deceptively catch anthems from a set that is sure to be one of the festival's most eagerly anticipated.

As a founder member of Sonic Youth, Thurston Moore needs no introduction. Arguably one of the most influential and groundbreaking musicians of his generation, Moore put together what is essentially an all star band of esteemed musicians prior to touring fourth solo album The Best Day last year. Also featuring Sonic Youth drummer Steve Shelley and My Bloody Valentine bass player Debbie Googe among their ranks, this Thursday evening slot at Concorde is a little off the beaten track but well worth the venture away from central Brighton if last November's tour is anything to go by.

LA's WAND have been compared to the likes of HEALTH and A Place To Bury Strangers. Debut album Ganglion Reef came out last summer fusing errant psychedelia and wayward electronica with sprawling soundscapes while this year's follow-up GOLEM, released in March further accentuates their credibility as one of the experimental avant garde scene's most forward-thinking outfits. Expect the unexpected and a whole lot more besides.

And if that wasn't enough, here's our fifty-song playlist to get you in the mood even more.

For more information on The Great Escape and The Alternative Escape including a full breakdown of participating venues and stage times visit the official website.