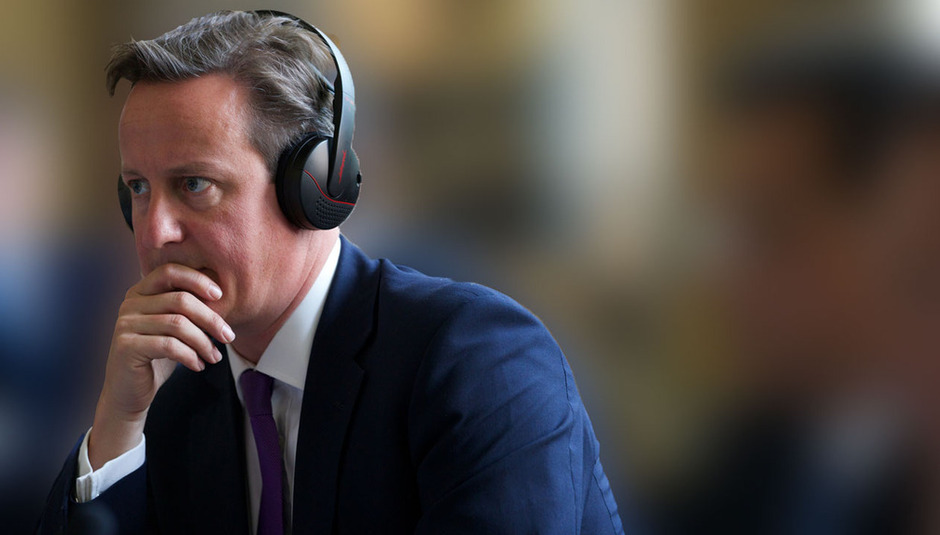 It's election day today in the UK. DiS was a bit undecided who to vote for (anything but blue or Farage, basically...), so we thought we would email our local candidates to see if any of them had such impeccable music taste that we couldn't not vote for them.

Here are the ones who got back to us picking tracks by Kayne, Taylor Swift and Sufjan Stevens.

I have quite an eclectic taste in music. I like U2, Frank Sinatra, The Stone Roses, Chic and Swedish House Mafia - to name a few. In recent years, Drake has been one of my favourite artists. In particular I loved his first two studio albums Thank Me Later and Take Care. I'd single out the song ‘Fireworks’, not as it holds any great meaning for me but rather because it brings back great memories. It reminds me of spending time with close friends and having a great time at university in Queen's.

Chosen by Will Cass - Labour (Aylesbury)

Ska has managed to consistency keep its political message (just look at more recent bands like ‘The Skints or Captain Ska’). Going To Ska festivals was part of my political awakening.

I haven't been able to get this song out of my head since I first heard it while I was getting ready to go out campaigning and for me it's the soundtrack to my campaign. As well as being a joyful call to dance, it's the perfect song to steel a candidate before potentially challenging conversations with people who don't agree with you. Haters gonna hate? Shake it off!

’Drawn To The Blood’

I'm strangely in a bit of a quieter phase at the moment, which I can't really explain. Perhaps it's because you can't really get 'pumped-up' for knocking on doors, answering constituent emails, or doing radio interviews. And the hustings I've done haven't required any boxing-style showbiz entrances (much to their detriment, I have to add....), so music has been more for the therapeutic recovery. So it's been Slow Club, Antlers, Beach House, Band of Horses, and the like. Continuing that theme, the new Sufjan Stevens album Carrie & Lowell came along at the right time. ‘No Shade in the Shadow of the Cross’ and ‘Death with Dignity’ are haunting, beautiful songs, and I'm the sensitive type. But if I'm going to pick one I'd go with ‘Drawn to the Blood’. It's a definite nod to the stripped back earlier stuff in Seven Swans. If I'm ever in a band again we'll cover this. Probably louder.

A song that beautifully captures what’s wrong with our advertising-soaked world - and how a better world might be created. Very very clever lyrics. Very moving.

’All Along The Watchtower’

This is a classic track, reworked by a revered artist for whom I have huge admiration. The old tunes are sometimes the best - politics is the same, a powerful, committed performer putting social justice back at the heart of our politics is just what we need, which is why I'm backing Ed Miliband.

The easy to sing version that Roy Bailey sings. It sounds great when you sing by yourself in an empty bathroom...but better in a crowded bar as a finale to a good music session. Buy me a few beers and I will oblige!

GABBY YOUNG AND OTHER ANIMALS

I’d like to nominate ‘Open’ by Gabby Young and Other Animals. I heard them on the radio, saw them at an open air gig on the South Bank in support of refugees last summer and then at Oslo in Hackney just before Christmas. ‘Open’ is typical of Gabby’s great melodies, quirky individuality, fearlessness and, above all, her infectious joy.

It’s from a film, from years and years ago. For what its worth, it means a lot; family and community ambition together. But as Groucho said,if you don’t like, I have others!

My favourite band of old is Genesis, and my favourite of recent times is Enter Shikari - love their sound but also their lyrics. Favourite Album of all time - S&M by Metallica. When I’m working, my playlist mostly has trance on it though! Tiesto, SHM, Guetta. All time favourite track is Awolnation - Sail, or remix version of Sweet Temptation by The Temper Trap. I love anatomic modern music that combines classical style and sounds.

THE MEN THAT WILL NOT BE BLAMED FOR NOTHING

’Doing It For The Whigs’

For all four Whig Party candidates, our 2015 campaign theme song has been ‘Doing it for the Whigs’ by The Men That Will Not Be Blamed for Nothing. Which is ironic, because this song was written in 2012 as the campaign theme song for the 1832 Whig Party election campaign. However, it’s still massively appropriate. Not only does it capture the sheer exhilaration of being a Whig, and being on the right side of history (“That’s right, votes for women, fucking get over it!), it is a rousing rejection of Tory rule, which, in the words of the song, “has gone on far too long.” Amen.

The track that has been my personal campaign song over the past four months, which has somehow crept to the top of my iTunes Most Played, is ‘On Sight’, the opening track of Kanye West’s 2013 album ‘Yeezus’. It’s aggressive, offensive, and full of weak puns, yet there’s something about it that perfectly matches what I feel the Whig Party is about, and why I’m standing for election in Vauxhall. Maybe it’s the production by Daft Punk, which is superior to anything on their own 2013 album ‘Random Access Memories’, and is a reminder that in music, as in politics, as in life, the combination of people and timing means far much more than individual ability. Or maybe it’s the rawness of the sound, or the sense of convergence at the beginning, or Kanye’s insistence that his return is something massively significant, or the reference to previous work at the end. I don’t know. By now, my sense of what this track is about and what the 2015 Whig Party campaign is about are so interlinked that it’s getting difficult to entangle one from the other. There is something a bit ridiculous about Kanye West, but also something inspiring by how hard he works on his music. So this track for me is an anthem, an inspiration, and also a bit of a warning not to take myself too seriously for fear of being a Kanye. I’ll miss it when it’s all over.