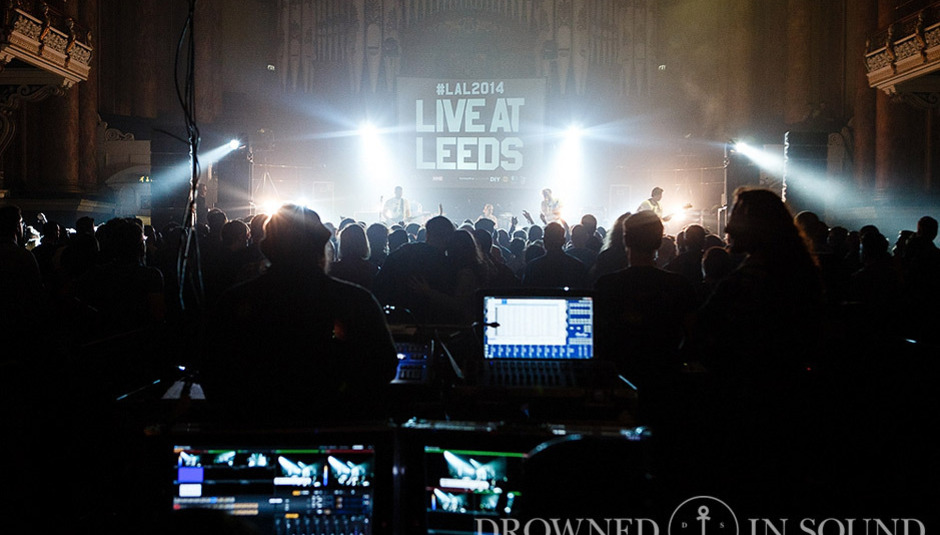 With Live at Leeds 2015 just around the corner, two of DiS’ northern monkeys correspondents, JR Moores and Daniel O’Dell, thought it was about time they picked out a few potential highlights from the festival’s ridiculously massive and frankly overwhelming line-up.

They scratched their heads, circled a few names in biro and wondered how they were going to make it from one side of the city to the other in 0.2 hours. With 200 acts playing across 20 different stages, the line-up boasts everything from indie legends like The Cribs and Gaz Coombes, through upcoming hype-attractors such as George The Poet and Slaves, to numerous local acts with the talent to be the next big thing. Below is just the tip of the musical iceberg...

This sickeningly talented ultra-modern electro-pop duo impressed at Leeds Festival last summer. Back then they were called Girlsondrugs but they’ve since changed their name to something a little more (ahem) mint. It’s a shame they’re billed so devilishly early as their moody synth vibes are more suited to sundown hours. At least this way you can check them out, get up close and maybe even shake their hands before they become untouchable bona fide superstars gracing the covers of glossy magazines and getting married to actors from Twilight or whatever. (JRM)

There's no music available to hear yet and this will be their very first gig, but the information for Actor in the festival line-up notes makes this set a very enticing proposition, as it lists the names of the three former members of The Witch Hunt who retired the band late last year. Anyone familiar with that group will know that Louisa Osborn has a voice more capable of creating goosebumps than RL Stine. As for the direction of this new project, their bio offers up "Lana Del Rey imagining PJ Harvey" and that's more than enough to guarantee my presence. (DO’D)

A band who have really grabbed my attention in the last twelve months are Halifax’s The Orielles – a three-piece with a sound that suggests you’d be hard pushed to find anyone of a similar school-age with a record collection to compete. Last year’s Hindering Waves EP brimmed with carefree energy as they experimented with jangly indie-pop, summery surf-rock and stabs of garage rock to boot. Recent single ‘Space Doubt’ showed another dose of promise with its nonchalant vocal shrugs and breezy guitar lines harking back to golden days of C86 and Creation Records compilations. (DO’D)

The Leeds Beckett Student Union easily boasts the strongest line-up of the day, with a headliner of Thurston Moore preceded by a wave of hometown glory in Eagulls, Hookworms and Menace Beach. Opening the stage are newcomers Bruising, who bury fun hooks and fetching little riffs underneath swathes of fuzz to masquerade pop tunes as rock music. Their latest track 'Think About Death' (below) is featured on the new Art Is Hard compilation and does much to suggest that venue hopping might not be necessary after 4.30pm. (DO’D)

I was going to write something like, “why is it that so many acts are resorting to terrible band-names like Joanna Gruesome and all the variations on deer/dear, when there are still unused words like Yak out there?” Then I consulted last.fm remembered that there have been at least two other Yaks, including an experimental Italian hardcore band and a progressive UK rock band formed in 1982. The newest Yak proclaim to have a vocalist possessed of a “McCulloch-meets-Morrison drawl” that “sits perfectly on top of a soundtrack that has an Eighties Matchbox style-intensity.” They also once smashed up an organ so badly at a gig in Glasgow that they had to replace it - with another one they bought off eBay for 99p. Best Yak ever? (JRM)

Because he’s only Thurston blooming Moore, isn’t he?! (JRM)

Collectible Capitalism: Vinyl in the ...