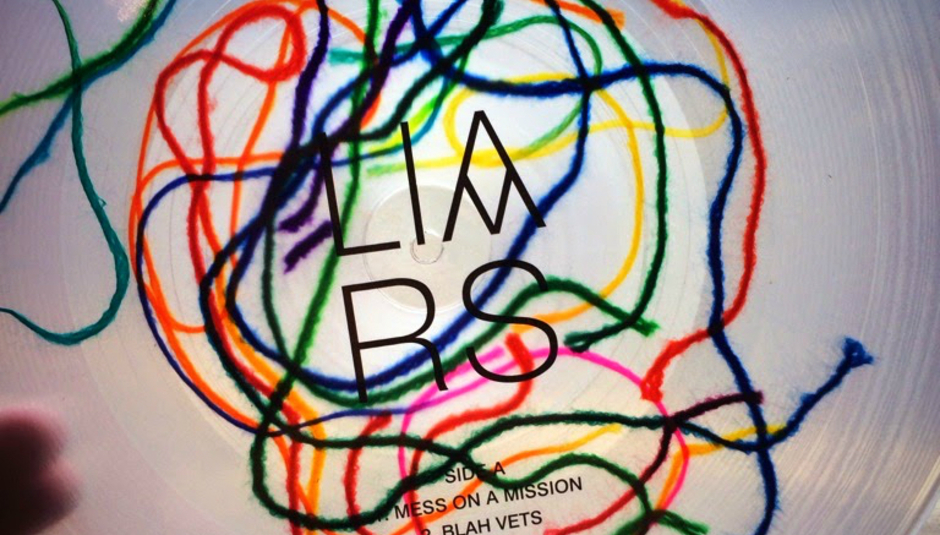 Collectible Capitalism: Vinyl in the Age of Narcissism

Collectible Capitalism: Vinyl in the Age of Narcissism

Look at the picture above. Pretty, isn’t it? Cool as well – or rather, the type of cool that is eminently shareable, on Twitter, Instagram, Facebook and beyond. For a certain (growing) demographic, it is in many ways the ultimate product, one that, aside from the item’s actual function, manages to convey so much about the buyer’s lifestyle, aspirations, and they way they’d like to be perceived. In short, it is a very modern status symbol, marketed, sold, and bought as such; lest anyone be oblivious to what you have, it handily came in a clear sleeve.

It is, of course, an exclusive 12” single released by Liars for Record Store Day 2014. Containing one album track, ‘Mess On A Mission’, two remixes, and one unreleased track, it was limited to 1,000 copies and retailed for $18.99 (£19.99 in the UK). It now changes hands for three times that amount. There’s no doubt it’s a highly covetable item and a technical marvel – even given the weird and wonderful stuff that is pressed into vinyl nowadays, coloured strings in a clear record took some doing – but it also represents something far more significant. It's the sort of gimmick that encapsulates everything that is wrong about Record Store Day, and says much about the state of not just the music industry, but society itself in the 21st Century.

This is not intended as a criticism of the band, whom I have huge respect for, nor their label, Mute. “To us it seemed like such a unique and interesting way to extend the visual language of Mess right inside the music,” said singer Angus Andrew at the time, and he’s right. It is. I don’t blame either party for pushing the boundaries of what is possible and giving fans the chance to own something special. But what started as a honest effort to “celebrate and spread the word about the unique culture surrounding independently owned record stores” has morphed, in the space of eight short years, into the sort of money-grabbing, commercial profiteering that is the stuff of a free-marketeer’s wet dreams, and is now just another symptom of a much wider malaise.

In many ways, this is no surprise. There is now very little that cannot be assigned a monetary value and exploited for profit; even woodland isn’t safe. The commercialisation – the commodification – of everything is an inevitable by-product of neoliberalism’s elevation of free market principles to something akin to Godliness, and almost anything can now be re-packaged and re-sold on the Internet in a global marketplace where the highest bidder is King (see also the ongoing problem of touts, and the re-selling of tickets for many times their face value by entirely legal websites). Music is just another hapless victim, forced to kneel before the whims of the market and told to be thankful for any crumbs tossed in its direction. But Record Store Day in particular was supposed to push against this, to somehow recalibrate the parameters and take music, especially vinyl, back to a place where what is appreciated is not its economic value or the cachet that comes with ownership, but the art contained within.

Surveying the aftermath of the 2015 event, and the ongoing arms race that is the special and limited edition vinyl market, it’s hard not to conclude that this goal remains as elusive as ever. While some releases gave fans the opportunity to buy out-of-print classics, many of the “must haves” were either 12” issues of singles from forthcoming albums or gimmicky remixes and cover versions; why anyone would be desperate to own The Foo Fighters covering Kim Wilde, or pay $150 to hear the National play the same song for six hours straight, is beyond me. And predictably, as soon as a few of the more popular offerings appeared on eBay at vastly inflated prices, the morality lectures began on social media; “scum” was a popular insult, “absolute pricks” another, the outrage cascading down my Twitter feed like a river of foaming anger.

But this is what happens when a premium is placed on exclusivity and the physical aspects that mark out these releases from any other (particularly with album re-issues); it’s demand and supply in its purest form. Anything desirable and scarce will naturally fetch a high price, and it’s hardly a shocking revelation that there are those willing to exploit this for personal gain. “But why should real music fans miss out?” people cry, and they’ve got a point. But those who ask this should also wonder why a cash-strapped industry, supposedly on it’s knees and desperate for any and every revenue stream, doesn’t seem interested in capitalizing on the goodwill generated by RSD and hardcore fans willing to spend serious money. That is to say, if thousands of people really want to splurge on things like this or this, why wouldn’t they just, y’know, make more?

The reason is obvious. RSD is now in a position where it’s (sadly) no longer all about the music, or the stores themselves; they’re of secondary importance, an afterthought to the machinations of the marketing and hype machine which cranks into gear knowing that people will happily queue for hours to buy into it. Much has been written how certain, fashionable elements of modern culture have ended up as some kind of mass-market parody of themselves, warping the very factors that made them desirable in the first place – think craft beer, fixed-gear bicycles, selvage denim, and artisan coffee – and the vinyl resurgence is just the latest victim. Leaving aside issues of whether it really does sound “better” than CD’s, what started out as a desire for something authentic, something that was seen to be form of support for an art form in decline, has ended up as just another symbol of smug superiority for those with the cash – and the connections – to bag limited editions and box sets before they even hit the shelves.

Which brings us neatly back to the picture at the top of the page. “If I can’t show it, if you can’t see me / What’s the point of doing anything?” was St. Vincent’s stinging rebuke to Generation Me and an era where people’s primary motivation in doing anything seems to be shares, likes, and re-tweets. RSD started out as a noble cause, about preserving what was lost in the digital revolution – the sense that music could be a community, a hub for something else, something greater. That through music, we could find ourselves, and a place that helped you along that path – like a local record store – was something worth cherishing. That store is there for the other 364 days of the year as well, but without the glitz, the glamour, and the overpriced special editions, many are happy to cosset themselves in a world of YouTube and Spotify. The record buying public at large must shoulder the blame for this; after all, the music industry is only catering to what it perceives people are demanding (and happy to pay for), and in the adoption of purchasing power and consumer dedication – “I queued overnight! In the rain!” – as social ranking signifiers, they see opportunities to exploit our desire to be liked.

The sad irony of all this is that RSD’s attempts to save music stores from one aspect of the digital age has led to it being undermined by another; the triumph of the “I” over everything and our relentless pursuit to perfect our “personal brand”. So what’s to be done? Well, if record stores – or music – are to be saved, it won’t be done in a day, and I’ve never understood why it couldn’t be a week. A month even. A proper series of inclusive events, catering for all genres of music, and giving everyone the chance to participate and buy what they want without having to navigate scrums of desperation. Or a once a month gathering, designed to foster long term loyalty and keep the store’s (continued) existence at the front of music fans’ minds.

But we also have to look at ourselves, how we interact with things we profess to love, and how that impacts on their viability in years to come. The “vinyl resurgence” and any growing interest in supporting music with hard cash is to be applauded, but art and commerce are rarely happy bedfellows; vinyl shouldn’t become just another shiny bauble in our increasingly curated lifestyles. The whole narrative has been skewed to place the music consumer at the heart of such movements, but the purchase shouldn’t be the end goal; it’s merely the means to the end of enjoying the music in a format we don’t want to see die. If the likes of Record Store Day are to have a meaningful future for ordinary music fans, this switch need to be reset; the alternative is blowing half your rent on some clear plastic with bits of string stuck inside.