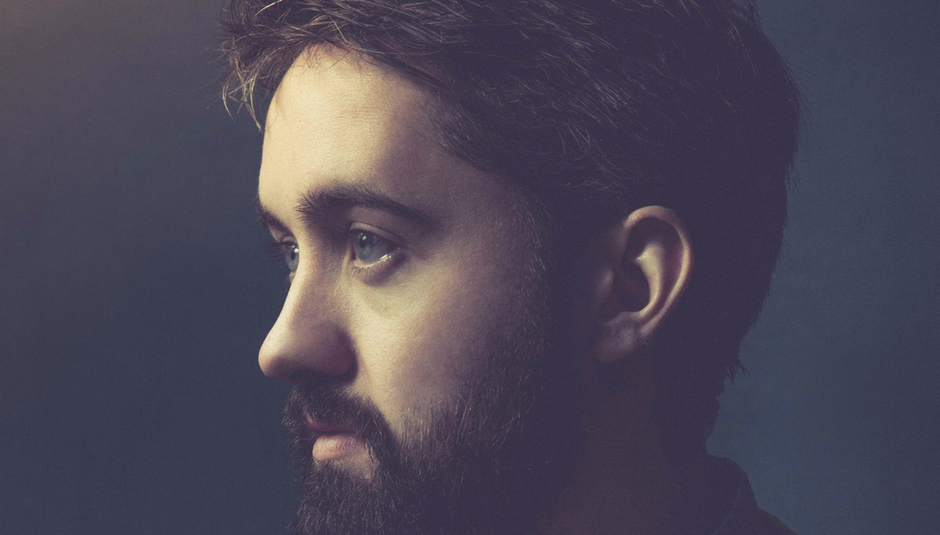 Before we begin, we have an exclusive for you: Conor O’Brien aka Villagers sings 'Everything I Am Is Yours' in an intimate session:

Conor O’Brien talks softly and quietly over the bustle of a post-lunch café. He’s bearded these days, and smartly dressed, but despite these coverings, he’s laying himself bare. He’s more open than he’s ever been.

The third album from O’Brien’s musical alter ego, Villagers, is stripped down to the bones – musically and emotionally.

He talks about how he feels like he’s coming out all over again. His family and friends have known about his sexuality for years, but he’s telling us. It’s a big deal. It’s a chance for him to confront the homophobes and bullies from his past, his loved ones and lovers over the years, his audience. You can tell he’s nervous, a bit scared even. “I’ve always been shy. I was shy talking about my sexuality. I grew up surrounded by homophobic experiences, but I have gotten to the age where I just don’t care anymore,” he says, while admitting these songs are going to be difficult to sing in front of a crowd.

“Most people don’t have to come out to hundreds of people every night. It’s not the most natural.”

O’Brien quotes lyrics from one track ‘The Soul Serene’: “I find chameleon dreams in my mind”. “It’s about not being the same person anymore and being ok with that.”

‘Darling Arithmetic’ is O’Brien through and through, with his soft yet character-full voice and rhythmic guitar playing. But it’s worlds apart from his two previous albums - 2010 debut album ‘Becoming A Jackal’ and 2013’s ‘[Awayland]’ - both award winning and Mercury nominated. All three are packed with dreamy melodies and acoustic wonder, but the swirls of psychedelia, experimental percussion and layers of packed sounds are toned down to a murmur. Instead, you have 32-year-old Conor, in his room, by himself.

The album started as demos recorded at his home, the loft of an old farmhouse outside of Dublin where he’s lived for ten years. Ideas of a bolder, more stylised, sound and even written and prepared arrangements were cut - each addition adding too many layers to songs that were intimate in both production and content. Instead, O’Brien plays every instrument, partnering guitar with gently brushed percussion, piano and mellotron, the latter adding haunting cello and horn sounds that wrap around his songs like a woolly blanket.

“I have a friend that still listens to all my demos,” O’Brien says, explaining that he’s written the core of his songs on his own for years. “We have a soul connection. He came out to the house for a few weeks and wrote a few orchestral arrangements, but almost the day he left, I realised it wasn’t what I wanted.

“These songs come from an intimate place. The more we arranged them, the more melodramatic they became and the more it made my lyrics sound like a soap opera.”

But there’s definitely drama on this album. Recounting stories of writing his first song at 12 about a psychic and overdubbing cassette tapes before handing them out to friends, O’Brien opens up about why it was time to write about his own life. Not only was growing up as a gay man in Ireland something he wanted to confront, but the death of a close family member was a pivotal moment in his recent years. He says it was time to write about his experiences rather than “flights of fancy”.

“Before, it was me creating a life and getting into other people’s heads. This one is about me, but I didn’t want it to be a diary entry. I don’t want to be egotistical, but the more I went inward, the more universal I became,” he says.

“This album is a lot about death. I’ve had a lot of things happen recently, things I don’t want to go in to. It made me realise that your mortality is a comforting thing. It’s serene. It’s about these moments when you realise you’re in the middle of a change and letting that change happen.”

He adds that this fresh perception has had an impact on how he sees music, as well as how he creates it. “Maybe now I’m using music in a different way.”

Death and facing up to a traumatic past have been a foundation for this record, but so have the positive inspiration of others. The sense of determination running through every song like a pulsing vein can be credited to Former Czars front man John Grant, whose own washing line of life has been the basis of his incredible successful two solo albums – ‘Queen of Denmark’ and ‘Pale Green Ghosts’.

O’Brien joined Grant on stage in London and Dublin in 2013 and had a huge impact on how he saw himself, his song writing and his life. Accompanying Grant on the heart-breaking love song ‘Glacier’ seems to have stayed with him.

“I was out when I wrote this album, but there was an anger within. I felt almost like the other albums were closeted somehow and that surprised me. The bubble suddenly burst,” he says.

“The performance with John Grant underpinned this whole album. I came on stage with him, hearing him sing so openly and thought ‘I can do that’.

“It’s just an album about love, but I’d love people to be hearing a break up song and then realise it’s about a man.”

It sounds like it was a euphoric and eye-opening time of his life. O’Brien says he doesn’t want people to be upset by his deeper songs or think he’s trying to be smart, but that it was important to get across a true reflection of how he was feeling at the time. It took a leap of faith and “trusting my gut is the hardest bit for me,” he admits. He also took inspiration from the music he grew up with. He describes The Smiths’ ‘I know It’s Over’ as crawling inside his head and Radiohead as a band that were there just for him. O’Brien says he wanted to write songs that were personal, but that everyone could relate to.

“I work really hard to make these songs open to everyone’s experiences, albeit maybe a magnified version. On a musical level, it’s the glue.”

Much like the song about the psychic reading your mind, Darling Arithmetic is one man’s perception of his own life and his own courage, but it’s a perception, a quality even, that’s surely reflected in anyone who has battled, loved, lost and, most of all, accepted who they really are.

Darling Arithmetic is out now on Domino. Stream it below on Spotify: