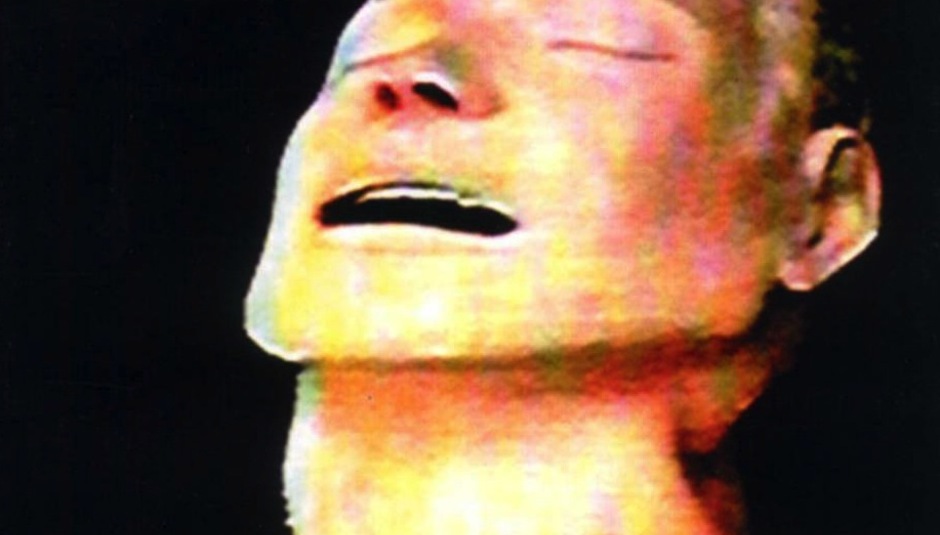 Radiohead: The Bends – a personal retrospective

Radiohead: The Bends – a personal retrospective

Growing up in an upper-middle-class family in the middle of England, alternative music was an alien concept to me as a child; no doubt my parents would happily paraphrase Jim Bowen: “Alternative music? Alternative to music”. Until I became the first person in my immediate family to go to university, I was raised on a diet of Virgin Radio and three albums on a constant loop in the car on the way to and from family dinners. Two of those albums were solo efforts from Paul Weller and the other was Ocean Colour Scene’s Marching Already. “Why can’t those bands just do proper songs?” I’d ask my Nirvana-loving friends at school as I fought to get Eric Clapton’s 24 Nights on the sixth form common room CD player. Then two things happened.

In 2003, aged 17, I saw Sofia Coppola’s Lost in Translation and fell in love with the movie. Part of it was Bill Murray’s relatable world-weariness; part of it was teenage hormones getting their first introduction to Scarlett Johansson. And then a greater part of it was the mind-bending music on the soundtrack. The emotional punch of The Jesus and Mary Chain’s ‘Just Like Honey’ over that heartbreaking ending, Roxy Music’s ‘More Than This’ carrying the weight of every lost soul when delivered in karaoke form and the sheer force of My Bloody Valentine’s ‘Sometimes’ inducing the weirdest sense of euphoria as Bill and Scarlett took a sleepy taxi ride across the weird landscape of Tokyo. Yeah it’s a hipster cliché, but to an awkward 17-year-old that movie was mind-blowing and, if I’m honest, I can’t watch it with a dry eye today.

Lost in Translation opened my mind to the world of alternative cinema, music and art. It was the year before I went to university and I was feeling emotional connections to stuff I’d always thought of as pretentious and depressing. As you might have guessed, to someone who was always disappointed that his parents didn’t have the album with ‘The Day We Caught the Train’ on CD, Radiohead fell into this category for me as well. Apart from one thing.

When we first got Sky TV at home, my sister and I would fight for control of the remote, yet we’d both always head to the music channels (assuming it wasn’t 6pm and The Simpsons wasn’t on). It was, I think, the early 2000s at this point, so god knows why this was the case, but at this time the video for ‘Karma Police’ was on a lot. The song mostly left me cold, apart from the chorus: “This is what you’ll get, when you meeeeeesssssssss with usssss”. After repeated exposure to this, I found myself humming the line and eventually had to admit “Fuck me, I like a Radiohead song”. What a fucking loser I was.

I started university in 2004. One of my first-year flatmates was Alex Horner. One of my closest friends today, Alex was two years ahead of me and – sorry, Al – a wannabe hipster. The guy was genuinely annoyed when I heard of Animal Collective before him. He was also a big Radiohead fan.

I made fun of Alex, in my own embarrassingly ineffective way, for liking depressing music, hiding my shame of liking a song that wasn’t all real guitars without the cheat code of effects pedals and all that bullshit. Back then though, I was an idiot, a kid: Alex was older, smarter and wittier than me (times have changed, Al). I wasn’t a savant who knew what real music was; I was a fucking arsehole, that kid that the teachers hate as much as the rest of the class. And eventually I came to recognise this.

“Um, hey Al. So, I thought I might try getting into some new bands and was wondering if I could borrow some CDs?”

“Hey Dan, sure, what were you thinking of?”

“Well, I thought I might give Radiohead a go.”

It is 2004. Alex lends me The Bends and OK Computer. The former is easier to get into, he tells me, and I should try that first. So, as far as I can remember for the first time in my entire life, I take someone else’s advice.

I listen to The Bends. Again and again. After a dozen or so spins I put OK Computer on, but then stop halfway through because I want to listen to The Bends again. Al, if I wore out your CD then I apologise profusely, but there’s no fucking way in hell I’m giving you mine.

This isn’t a review, but it was Radiohead at their most visceral. The strength of the album is that every single song on there is brain-meltingly brilliant. I listened to it again on Friday March 13 2015, the 20th anniversary of its release and as far as I’m concerned, it set the standard for guitar music for the next 20 years and probably beyond. Every song – yes, even ‘High and Dry’, even ‘Sulk’ and fuck it even the weakest song, ‘Bones’ – is good enough to be a classic single. And still, it’s probably only the fourth best Radiohead album. It doesn’t have the atmosphere or the ambience of In Rainbows, Kid A or OK Computer. But that’s not why it’s important.

When I was 22, in the final year of my degree, I hit a nadir. I’d spent literally all my money, and then £1,500 of the bank’s, on too much beer and on too-expensive food. My degree was going to shit on account of boredom and laziness. Two friends, in unrelated incidents, died within two days of each other. I was self-absorbed and couldn’t understand why the girl I had a massive crush on, who had everything in common with me, didn’t want to go with the nice guy. My parents had funded my higher education to the tune of thousands of pounds and I’d pissed it away. I wouldn’t say I was so much in anguish as in a disorienting emotional fog, but all the same, I took a huge insulin overdose.

Sat in my filthy student room, ignoring phone calls from friends imploring me to come for a night out in Preston, I injected myself with a potentially fatal dose of medicine... while listening to Kid A. As I emptied a fourth dose into my torso, Thom Yorke sang, on ‘How to Disappear Completely’, “I’m not here, this isn’t happening”. I don’t really know how that line relates to my state of mind or my situation at the time, but it was the only thing I could hear clearly and it gave me a moment of clarity: “This was a really fucking stupid idea”. So I called an ambulance. I was taken into hospital, made better, my uncle came to pick me up and my parents flew back from where they were living in Singapore at the time (like I said, middle class).

It must have taken me 20, 25, 30 listens to “get” Kid A. I know many people here still hate it, and that’s not a bone of contention. It’s a cliché to say that music saved my life, but in this case the CD that I wouldn’t have bought if not for Alex Horner lending me The Bends genuinely did. If it wasn’t for Radiohead’s fourth-best album, I certainly wouldn’t be here writing about music. I probably wouldn’t be here at all.