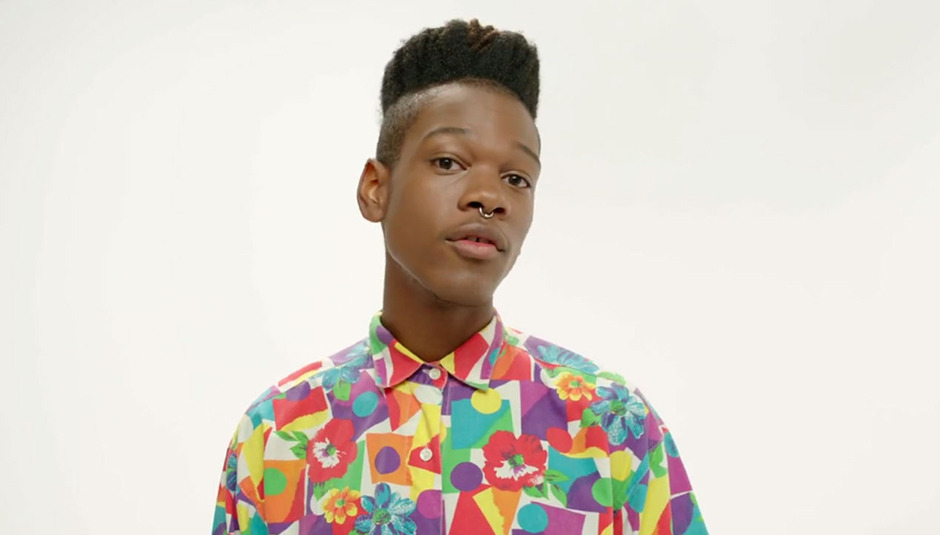 Hello and welcome to this week's DiS Does Singles. Last week the entire music industry decamped to SXSW in Texas in search of 'the next big thing'. Thankfully they still have barbecue food and Soundcloud back in London, so we made a list of our 10 favourite new acts of 2015.

The rules for inclusion are fairly simple. If an act doesn’t have their debut album yet and has released new music in 2015, they were eligible for the list. This means that Courtney Barnett, Tobias Jesso Jr. and Viet Cong all missed out, but hopefully you are well aware of them already.

Whether British pop music really needed deconstructing or just a few more interesting tunes is up for debate, but PC Music seems intent on doing both these things anyway. Trouble is, A. G. Cook and co are a lot better at doing the meta stuff (pitch-shifted vocals, intolerably shrill synth lines and hyper-twee lyrics) than they are at making memorable songs. Hence a remix of Charli XCX's 'Doin It', already Sucker's most garish track, is their best offering to date.

So what's different about Hannah Diamond? Well, for starters, the London singer is an actual person with her own Twitter account and cutesy YouTube blog. Almost everything we've seen so far from PC Music has been projected through a construct, like the androgynous model on 'Hey QT's cover art. Diamond strips back a little bit of that pretence and replaces it kitsch hilarity. Her recent single 'Every Night' straddles the line between catchiness and annoyance in the same way that Carly Rae Jepsen has turned into an art form. I really, really, really like it.

Wild Beasts have been doing their sensual, subversive schtick for almost a decade now, so it’s only right that their influence has filtered down to four successors apparent. Named after your favourite ghost Pokemon (yes, really), Gengahr are the kind of band to coo you to sleep and tremble through your night terrors. Their intricate riffs and delicate harmonies are delivered with with a cocksure switchblade smile. The same one Sweeney Todd might offer to his barbershop clientele.

"Maybe she'll sink/Maybe she'll fly/I gotta witch that cries all the time," confesses frontman Felix Bushe on ‘She’s A Witch’. What a deviant.

Still waiting on Sampha’s album? Then Petite Noir is the chap to tide you over until goodness knows when. This South African neo-soulster snuck out his debut EP, The King Of Anxiety, on Domino in January and it’s the kind of record you inhale all in one go. Full of tender falsetto and polyrhythmic ambitions, it jumps from guitar-lead hymnals (‘Come Inside’) to kaleidoscopic self-loathing (‘Shadows’) with effervescent panache. Other varieties of 'panache' are available, they’re just not worth bothering with.

With two band members and zero fucks given as to their shortcomings, Diet Cig represent a welcome shot of fun in the gangly arm of indie-pop. On their debut EP, Over Easy, this Brooklyn duo decry ex-beaus and brattish scenesters with gleeful relish. In their world, kiss offs are to be crafted on a guitar and lavished with the dubious production gloss of an early Pavement record.

"Does it feel better to be in an Ivy League sweater?/ Put your work shoes on, and talk about her at your shitty job," asks Alex Luciano on 'Harvard'. That sizzle you hear afterwards, it's the sound of a grin seared across her face.

After Kendrick's To Pimp A Butterfly you might need a breather from cerebral hip-hop. Step forward ILoveMakonnen, a one-man factory line for ludicrous declarations of braggadocio. "Got the club going up on a Tuesday," he states on the totally po-faced 'Tuesday', which Drake guested on last summer. As though going out on a work night is a philosophical statement worthy of Aristotle or Plato.

What this Atlanta rapper lacks in subtlety, he makes up for in good times and brilliantly woozy production. Give ILoveMakonnen a swirl of lackadaisical electronics and he'll deliver a hook with worldly precession. Case in point, the hella profound 'I Don't Sell Molly No More'.

"I got the gas and the coke," states Makonnen. "I don't sell molly no more." Me neither, bro.

Wolf Alice's moment of judgement is nigh. After arsing around with their debut album since 2012, the North London four-piece are finally set to release My Love Is Cool this coming June. Lead single 'Giant Peach' was the first track Annie Mac played having taken over from Zane Lowe's evening show on Radio 1 and with good reason. Compared to Slaves, Circa Waves and Catfish and the Bottlemen, Ellie Rowsell's bunch are a breath of fresh air.

Having started off as an outfit that were wholly indebted to The xx, they've grown into one the UK's most fearsome live bands. To date Wolf Alice's tunes fall a little bit behind their ability to sashay around a stage, but there's just about time to make up for that.

Having followed his grime forefathers Dizzee Rascal and Giggs to XL Recordings, the scene is set for Novelist to crossover out of London and into the big leagues. "Most of the mandem rep the postcode/But I don't know why we like the postcode," proclaims Kojo Kankam on '1 Sec'. As if conquering his hometown of Lewisham is only Phase 1 in a rapidly evolving master plan. Given his quickfire rise to prominence, it's hard to fault this ambition.

The Lewisham MC recently celebrated his 18th birthday by releasing his debut EP and having a good old fashioned rave in Hackney. Because when the world's at your feet, what else would you do?

Have you been waiting seven years for a Late Of The Pier comeback record? Then it's time to play good news/bad news.

Bad news! The kaleidoscopic quartet behind 'Focker' and 'Bathroom Gurgle' are no more. They dissolved some time between the financial crisis and cocaine purity levels dipping to below 25%. Their legacy is now a barmy debut album, Fantasy Black Channel, released on major label Parlophone and a large advance that will never be recouped.

Good news! Frontman Samuel Eastgate is back on Domino as LA Priest. Better still, his first solo offering under the moniker is totally stellar. A weird fusion of synth, funk and whatever psychotropics were around at the time - it's the the weirdest thing I've danced to all winter. And I have danced to it all winter.

When Jenny Lewis was writing her last solo album, Ryan Adams told her to go away for the weekend and write 'Wonderwall'. Quite the homework task by any standard.

"If I was going to write 'Wonderwall' I would have gone ahead and done it already," Lewis replied to her producer.

Now I'm not saying that Girlpool's 'Chinatown' is anywhere near as era defining as Oasis' acoustic chest-pump, but it is somewhere in the same territory. It's a song to soundtrack your night bus journeys home this 2015, as well as any summer festival delirium. It's a song I've learnt all the lyrics to without even trying and it's a song I want to share with as many people as possible.

Brandon Flowers is a very old Vegas kind of star. His initial songs from Hot Fuss belonged to the faded ‘glamour’ that lies beyond the 'The Strip', where there's a giant golden nugget, and bars where you can pay to both shoot an AK 47 and get a lap dance. It’s a cesspit of humanity dressed up in neon lights and tinsel.

In contrast, Shamir Bailey totally new Vegas. Where hotel chains are vying to get their own legal weed dispensaries and Britney Spears plays every night at the Hard Rock Hotel. Songs like ‘On The Regular’ and the new ‘Call It Off’ dazzle you with outrageous acts of self-aggrandisement, “Illy to the fullest, you can call me cancer / No multiple choice, cause I'm the only answer”, while revelling in jitterbug instrumentation. They straddle house and disco in a way that’s utterly joyous and wholly unpredictable.

Press play on a new Shamir track and you never quite know what you’re getting. Other than the timeless sound of razzle dazzle.

Radiohead: The Bends – a personal ret...