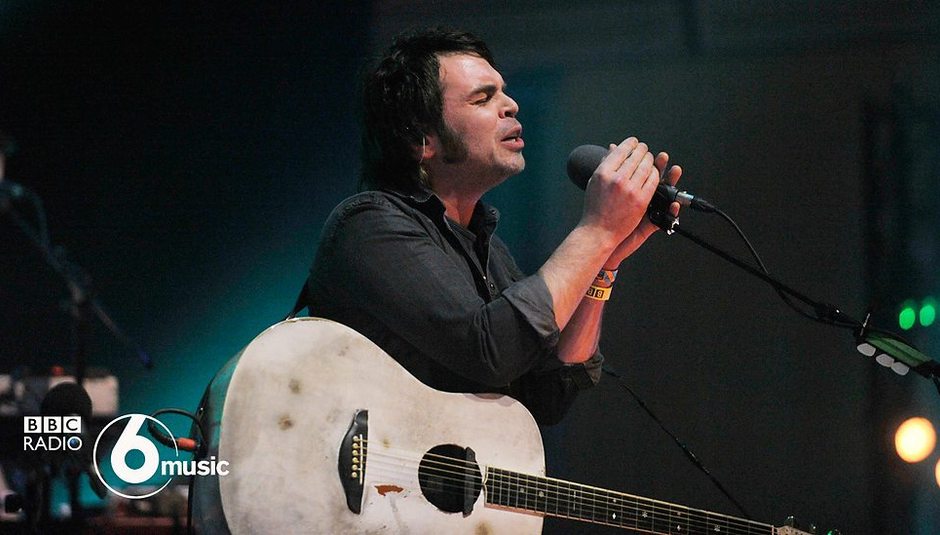 Following a triumphant day and a half of music and conversation (if you missed them, read reports of: Day 1 and Day 2), today marks the curtain-call for 6 Music Festival’s visit to Newcastle. However you choose to look at it, it has to be considered a huge success. The word festival is way over-used these days, liberally applied to practically any gig with more than three bands on the bill, but its usage here has been very appropriate indeed. The BBC have managed to cultivate an event which generates the same kind of self-contained feeling as a festival like the ATP of the good old days, but within the confines of my home city with all the comfort that suggests (including access to my own bed at the end of a long hard day of watching bands). As a result, it’s been a wonderful weekend so far.

Sunday begins in the freezing conditions of the Boilershop in Newcastle with a short set by Beth Jeans Houghton’s new project Du Blonde. The couple of songs I manage to catch are brilliant slices of heart-wrenching pop melodrama which promise great things from one an artist whose creativity is sorely underappreciated.

Houghton and co are followed by a couple of In Conversation sessions. The first of these, Cerys Matthews’ chat with Tim Burgess is nice enough, but it feels a bit like we’re intruding a little by observing it, as though we’re slyly peering through the window of a radio studio. Perhaps this is just because we’re in a setting which doesn’t naturally lend itself to intimacy, unlike The Cluny 2 which proved to be extremely well-suited to similar events yesterday.

Guy Garvey and King Creosote’s discussion with Tom Robinson about their favourite songwriters which follows is more successful, with the three of them exuding warmth throughout. They riff on Bowie, Paul Simon and Joni Mitchell before they perform a lovely version of ‘Always on My Mind’ together. Their conversation is welcomed with a lot of affection by a growing crowd who seem to be huddling together like penguins to keep warm. Like much of these elements of the festival, it could have done with a little more time but that’s just the downside of such a busy schedule.

The live music begins again shortly after with Hyde and Beast, who are as magical as ever. Their sun-soaked 1960s pop is delivered with so much heart and sincerity that it belies its origins as a couple of drummers trying some stuff out between projects. They’ve now swelled to a seven-piece pop powerhouse who do a hell of a job warming up the room with songs like ‘(and the) Pictures in the Sky’ and ‘Keep Moving’. There’s no doubt in my mind that this is one of the best bands to ever emerge from this part of the world.

Not for the last time today, the tone swings to the opposite end of the scale as they are followed by Woman’s Hour. Their gothic stylings are a world away from the California-via-Sunderland pop of Hyde and Beast but they’re no less impressive. There’s so much atmosphere and dark drama to their music, but it’s underpinned by some great songs too. The whole thing is delivered by a vocal which over the course of their set fills the room like the tide slowly encroaching on the shore.

Where Woman’s Hour start the descent into darkness, Nadine Shah, the first artist featuring at The Sage Gateshead for the evening session takes it to the next level. After her brief cameo with Ghostpoet last night, we’re treated to the full power of her performance, and it’s just magnificent. The set centres on the pivotal one-two of ‘To Be a Young Man’ and ‘Runaway’, while the stately drama of recent single ‘Stealing Cars’ is also impressive. The dark, brooding power of her voice is matched only by that of her songs, and she proves to be a more than satisfactory eleventh hour replacement for the unwell Jon Hopkins. It has been quite fairly raised that there’s a severe numerical disparity between male and female artists this weekend, but as the event progresses it is becoming more and more clear that it is the women on the bill who have dominated the weekend from a performance point of view.

Unknown Mortal Orchestra soften the mood when they follow Shah in Hall Two with their entirely singular take on pop music. You could say that it’s pretty summery in essence, although the summer in question just happens to be on a completely different planet to Earth. They’re well-received, heating up a pretty busy room to the point that it seems one poor chap needs to be carried out by security. It’s enjoyable stuff, although about halfway through I find myself keen to see what Gaz Coombes is up to in Hall One.

The short answer to that question is that he’s dominating the place. Coming into the set halfway through, it’s pretty clear he’s been enjoying himself in the time he’s been up there. It’s a classic story you see time and again, when an artist extricates themselves from the confines of their band to go solo, there’s a true danger of them disappearing entirely up their own arses and forgetting to write any actual songs. Not so with Coombes since he started making records on his own three years ago. Tonight, ‘Hot Fruit’ and ‘20/20’ in particular are two muscular displays of indie-rock which emphasise Coombes’ ability to fill the huge Hall One stage in spite of the compact nature of his band. His performance tonight is thoroughly professional but not complacent and assured without ever being cocky.

Coombes is followed by Young Fathers on the Concourse Stage. As artfully dressed as the Concourse has been with all manner of tropical topiary, it’s still something of an odd setting for a live set. Still, Young Fathers make a mockery of the incongruity of their location. If Joanna Gruesome ignited The Cluny with punk-rock fire yesterday, Young Fathers instill The Sage’s inner sanctum with their own unique and unclassifiable brand of furious energy. Their set is driven by the sheer brute power of their drummer who seems to have an extra limb or two, and the trio at the front front thrive on, spitting their words out at the same breakneck pace.

Around the time Young Fathers are tearing the Concourse a new one, a couple of other artists are setting about creating an altogether different atmosphere in Hall Two. Lonelady and Glass Animals share a taste for polished, taut riffs, making their proximity on the bill pretty logical. In a venue where last night Django Django demonstrated how they were true masters of getting a crowd moving, these two acts show themselves to be particularly advanced students of the art too. Lonelady’s performance is on the coy side, as she and her band prefer to let the songs do their talking. Glass Animals, on the other hand are more overt in the delivery of their darkly sexy grooves, which are laced with intrigue like a slightly more twisted Alt-J. Both are excellent though, and, as it turns out, a wonderful way to round off the festival for me because they happen to be the final bands I see.

As I exit The Sage into the cold night, it feels weirdly emotional to be departing the unique little bubble in which I’ve existed for 6 Music Festival. It has been one of the best weekends of my life to partake in such a truly special event so richly saturated in positivity. We’re not just talking about a crumbs from the BBC table situation for the North East either, because it feels like we’ve given as much as we’ve taken, both in terms of on-stage personalities and paying customers. It might be the mental fatigue talking here, but speaking as someone to whom the North East’s music community means the world, the overriding feeling emerging here is one of fierce pride that this weekend while the eyes of the nation have been upon us, we’ve stood up and shown precisely what we’re capable of.

If you missed them, read reports of: Day 1 and Day 2

Everything Everything, The Singles, P...

Fyfe on getting it right the second t...