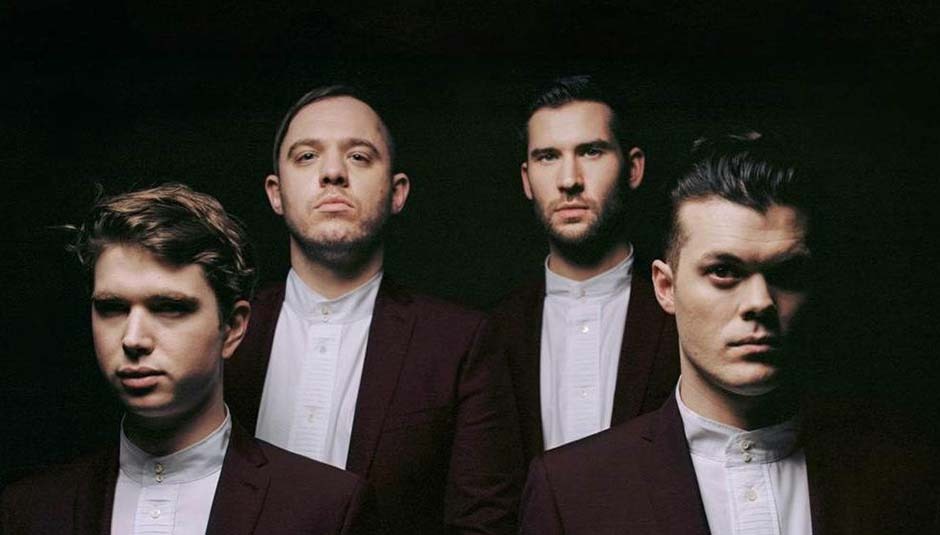 Everything Everything, The Singles, Passion Pit - DiS Does Singles 23.02.15

Everything Everything, The Singles, Passion Pit - DiS Does Singles 23.02.15

Hello and welcome to another DiS Does Singles.

When we’re not spouting outrageously popular opinions, we occasionally write about new songs. Here’s how that goes...

Where do you start with a band like Everything Everything? We've known them for eight years now and still they make no sense whatsoever.

It's said that if you put an infinite number of monkeys and typewriters together in the same room for eternity, they'd eventually churn out the complete works of William Shakespeare. Give the same group of simians some instruments and you wonder how close they'd get to 'Distant Past' before downing tools and throwing faeces at each other.

The latest single from our favourite Manc quartet is maddeningly brilliant. Like, 'those things really shouldn't work together' genius. As always, we worry for Jonathan Higgs and his bandmates’ grasp on reality.

In essence, the lead track from Get To Heaven is a dance song. Its chorus is one staccato chord progression played on loop until your stomach fills up with butterflies and you need to stomp around. If Tiesto ever went indie, he wouldn't sound all that different. Taking one dumb hook and slapping you silly with it.

The rest of 'Distant Past' is just window dressing, and what window dressing it is. Modulated voices pop in and out of the percussive ether, lyrics rattle by with spitfire precision and there's even a recurring bass guitar riff. We thought those died the moment Carlos D left Interpol. Given the slightest opportunity, you can count on Everything Everything to fuck with convention.

Their ode to basic instincts in modern times is a weird kind of rallying cry. Smart but unpretentious. Bonkers yet restrained. Most importantly, it's insanely good fun. We hope they're nowhere near finished yet.

Can Scarlett Johansson do no wrong? Apart from that whole SodaStream business, the actor/sometime singer has had a phenomenal 12 months. Starring in the excellent Her and Under The Skin, before forming a new band with the help of Este Haim and Dave Sitek.

The Singles are a futuristic girl group throwback, melding classic Phil Spectorisms with an irresistible electronic sheen. ‘Candy’ is the first song they’ve thrown out into the world and it’s all kinds of fantastic. “Boy, you got me craving sweets again,” simpers Johansson over a juddering surge of industrial synth. “Cause, boy, my tooth be aching for your skin.”

There's so much life and levity in Michael Angelakos' music that its darker inflections still come as a surprise. Passion Pit's second album, Gossamer, came drenched in major key vibrancy while referencing depression-era America, suicide and the stresses of holding together a relationship while battling bipolar disorder. A sort of synth-pop Pinkerton, it's aged incredibly well since first tugging at our heartstrings three years ago.

Because of this, the temptation is to read a whole lot from 'Lifted Up (1985)' - the first single from Passion Pit's forthcoming Kindred. "Tell me what does it take to make good now / How many years do you wait?" ponders Angelakos on the song's opening. He's hoping for salvation and, of course, it arrives in a dazzling burst of falsetto. That's the good thing about music. You can write your own happy ending.

No Shade In The Shadow Of The Cross

To be totally honest with you readers, this writer has never really listened to Sufjan Stevens. Partly because I’m awful and also because the Michigan songwriter inspires a level of fandom that I don’t really have the time for.

This week I was chatting to my friend, Tim, about Sufjan.

"Awww mate," he exclaimed. "The Age Of Adz is one of my top three albums of all-time."

Anyway, with 'No Shade In The Shadow Of The Cross' I (finally) see where he’s coming from.

Sleater-Kinney's 'A New Wave' is about freaking out against the world. Its chorus arrives with a grand, unifying key change and demands you kick up a fuss with your nearest and dearest. "No one here is taking notice / No outline will ever hold us," proclaims Carrie Brownstein with joyous sincerity. If only all life advice could be set to top notch power-pop.

Burning For No One (Sony Red)

Having switched labels from Wichita to Sony's Red, The Cribs had a bit of extra cash to spunk on 'Burning For No One's video. What did they go and do with it? Fly out to the Bahamas and swim with the wild pigs, of course. You can take the weirdos out of Yorkshire...

For what they lack in pancake-making fidelity, Metz overcompensate for with boundless amounts of frenetic scuzz. There's enough crunching snare drum in 'Acetate' to fracture your cranium.

“Got a long list of ex-lovers / They'll tell you I'm insane / 'Cause you know I love the players / And you love the game.”

"Feeder is still a massive part of my...