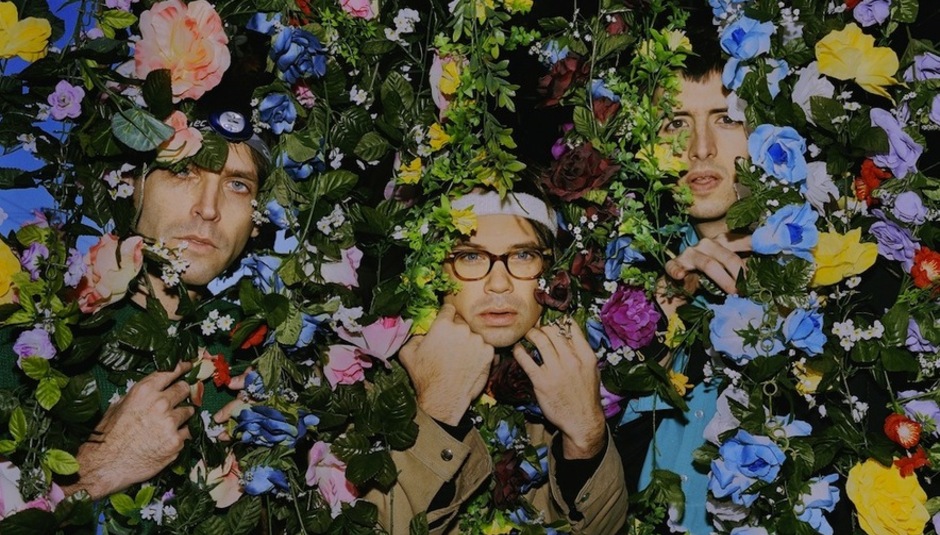 Back in August Trans Am released their ridiculously accomplished and critically-loved tenth album Volume X. Right now, the bubbly electro-rockers are packing their guitars, synths, shimmering vibes and clean underwear for their latest European tour. To celebrate TA’s visit, Drowned In Sound is delighted to premiere the group’s latest, typically bonkers video. What’s more, we even asked them to explain what the hell was going on, not only in this particular video (for ‘Anthropocene’), but in all their prior promos as well. Watch, listen, have a read and go and see them at a venue near you. It’s guaranteed to make your ears tingle.

Nathan Means: Sorry. This is really a heavy video. Opening: the monolith from 2001: A Space Odyssey. That movie’s title comes from Homer’s Odyssey. And, like those two classic reference points, this video goes nowhere. The band keeps playing, the extreme sports guys in gorilla outfits keep riding and the cave woman keeps doing her scary/sexy thing. And that’s exactly the point.

Green trees separated from skate-park by chain link fence. Whatever. We get it: nature/culture divide. But what about the idiotic Dionysian mob whose back-to-nature shtick leaves them still separated from nature, huh?

Sorry again: Gilgamesh. As you know, an animal-man is seduced by a prostitute. She trades sex for his acceptance of civilization. Instead of foraging and hunting he learns how eat grains and speak a written language. This is exactly what happens to the king/idiot ape in the video! He is handed a can of spray paint by the cavewoman. He writes “Trans Am” in graffiti (an out-of-touch pathetic signature by the band) and then spends the rest of the video preening about while she puffs him up. Did you not notice this reference?

Two other things: being incorporated into an agricultural/written word civilization opens the gates to endless oppression, epic wars and wage slavery. But it gets worse! The writing king/idiot is still an ape. Shit!

I don’t know why women are always simultaneously blamed for coercing men into the burdens of civilization while considered more in touch with nature/not so good at science. But when the cavewoman introduces the ape idiot/king to the vices of civilization (spray paint). It’s hard to avoid thinking about Eve. Right?

This point is pushed forward by the video editing which constantly has multiple angular image tablets on the screen - like the tablets of the Bible and Gilgamesh, most of which were jagged and broken and probably unreadable. For more, find me after the show when I’ve had some beers.

Sebastian Thomson: When I moved to London my first flat was equidistant from a Tesco and a Sainsbury’s. For those who haven’t visited, they are the two biggest supermarket chains in the UK. Not quite knowing yet the subtle differences between them, I would hesitate in which direction to walk for my watercress, spinach and rocket salad. I quickly met a crew of interesting and talented people. One of them was Lung, an artist/illustrator and, knowing his irreverent and sometimes chaotic style, I asked him to make a video for the track. And now, seven years later, I asked him to comment on the making of it:

“According to Shots Magazine and an article relating to this video, I was ill. Possibly flu. It seemed debilitating, it states, rightly or wrongly. The video was completed in 8/9 days of hyper-temperature, runny-nosed abstraction. Armed with an 8 Megapixel Casio camera from Hong Kong complete with a specific charger only for use in that region and a stick to put it on, I embarked on what I now, with hindsight, see as an unprepared amateur one-time-only animation shitstorm. In my mind it seemed like a deluxe bubonic Harryhausen, when in fact, in reality, it was reduced-to-clear Stockhausen. I remember it being played at a video thing at the BFI in London with loads of popular videos of the time. I was immensely proud and had a quiet warm feeling inside, like God must feel when he puts a tramp on a busy bus at rush hour.” - Lung

Nathan: This video was actually filmed at a real show in a real warehouse in Williamsburg, Brooklyn when there was only, like, one smoothie shop. So it’s really old. We went up there for the weekend and slept in cold cavernous spaces and drank beer and sat around. It was fun.

CONSPIRACY OF THE GODS

Nathan: I think there is some sort of checklist for videos made in LA: car chase, very attractive couple, some sort of celebrity/iconic locale, a narrative which has been used at least 5,000 times in major motion pictures, amazingly high production values... I don’t really know how much money was spent on this, but I know it was a lot less than we left in the briefcase. So, thank you!

Nathan: Ha! I’d forgotten about this song. Maybe that’s because I don’t play on it. It’s pretty good! So this video doesn’t quite check off all boxes on the LA video checklist, but I can’t really think of a better image to describe Trans Am than a dude fucking around with toy electronics in a parking lot at night.

Nathan: Aside from being primarily comprised of very close-up images of my face, what appealed to me about this video is that it was based on an incredibly slowly moving video from the early 80s. But unfortunately we released it in 2014 when everybody has the attention span of a gnat. (I include myself.) That’s maybe why only 4,000 people have watched it on YouTube.

Sebastian: This is the only official Trans Am video featuring a live audio recording, which can be a bit of a gamble. I believe this was filmed/recorded in December 2012 in San Francisco at the Independent, part of a short California jaunt. I have to be honest and say that I’m a big fan of the editing on this. Live videos can be predictable but this one sticks to a defined aesthetic. The three bars of video with the separate colours remind me of the posters we made for The Surveillance (1998). Each of the three posters was a shot of one of us on stage with a different colour treatment. It was a bit boyband - “who’s your favourite Trans Ammer?” Anyway, I really like how this one came out. The song was written during Hurricane Sandy in NYC and this performance, while not perfect, is suitably wet. 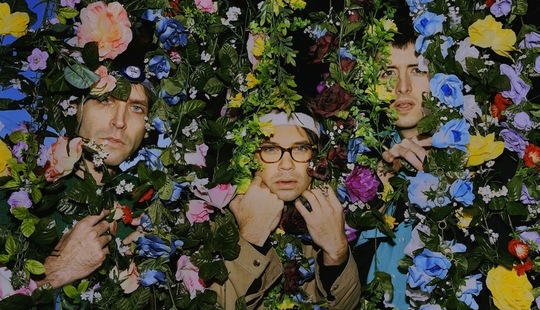