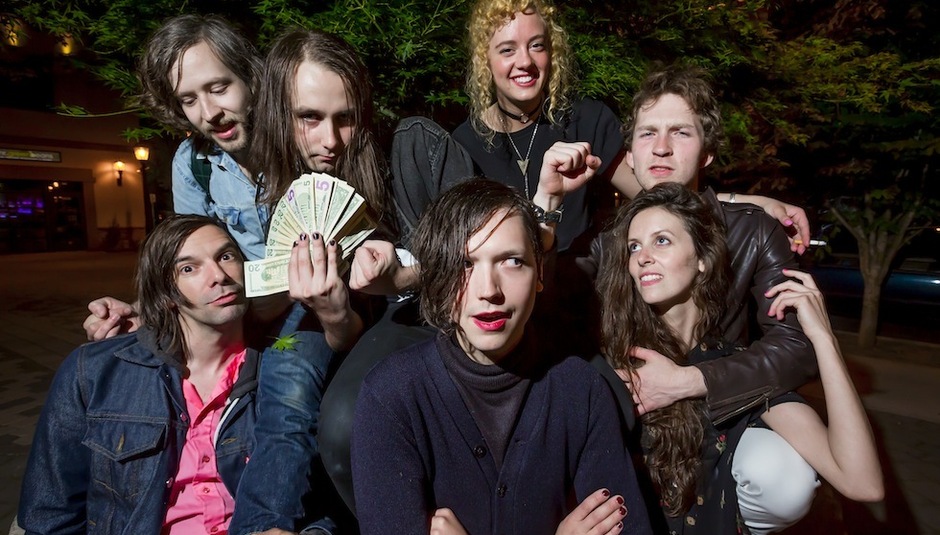 "The third installment in George Romero's seminal vision of a zombie apocalypse, Day of the Dead follows a small band of survivors as they attempt to protect themselves from the relentless zombie horde. made up of a combination of military and scientific personnel as well as some random civilians, our heroes occupy and fortify a subterranean refuge. But can they put aside their differences of agenda and ideals long enough to protect themselves from the real enemy? Fun Fact: George Romero said when he was writing this script that the human characters were the last survivors of the zombie apocalypse. So any hopeful references they make to locating other groups of survivors is destined to fail and when the last person dies and the credits roll- that's it. Game over man."

Halloween: Season of the Witch

"The black sheep of the Halloween franchise, Halloween: Season of the Witch (the franchise's third offering,) departs from the Michael Meyers formula, opting instead for a cautionary tale of a holiday gone horribly wrong. As we all know, children are the currency of every society, representing the hopes and aspirations for the adult generation.. but what if a maniacal entity decided to liquidate that currency before it had-ahem- matured? Enter the Silver Shamrock Novelties Company to realize your worst nightmare."

Hell of the Living Dead

"Fans of the zombie genre, Italian gore and groovy soundtracks: heads up! this is a tour-de-force that needs to be in your collection. There is nothing original about this movie- and that is the spirit of its genius! News reporter and camera-man boyfriend go to New Guinea to research a scientific experiment gone wrong, escorted by a swat team of cliche military type characters only to be completely consumed by zombies. Even the soundtrack is cobbled together from multiple movies with zero credit given. However I prefer to think of this as an homage, rather than plagiarism. This movie has it all- literally every zombie gore cliche strung neatly together in a macaroni necklace of awesomeness."

"Two deviant (and uncomfortably sexy) French catholic preteens explore their dark sides on a summer vacation while blossoming into young manipulative ladies. They begin to study satanism and sexually taunt the local drunk farmer. As their moral degradation sinks deeper into darkness and youthful experimentation, they take a vow to do evil together. They end their beautiful streak of evil by taking part in a fiery display of satanic devotion. A favorite Wampire Halloween perennial."

"In all fairness, every hellraiser movie (and there are currently 9 in the franchise) would be on this list, but WAMPIRE'S GUIDE TO EVERY HELLRAISER MOVIE will need to be saved for another time and place. The fourth installment of the of the hellraiser series focuses on the story of the Lemarchand/Merchant family, and traces the magic-box-gateway-to-hell from its creation in 1727 to its destruction in 2127, serving as both a prequel and the sequel to end all sequels! Hooks rip human flesh, robots explode, castles and space stations collide in a tale epic in scope and universal in gore."

"This remake of Wes Craven's 1977 classic follows the carter family for a classic american family vacation to hell. There is murder of an innocent. There is the mutilation of a beloved pet. There is sexual assault. And finally there is the transformation of a character so broken by the brutality of their situation that they have no other choice than to become even more dangerous and deadly than their antagonists. Set to a wolf eyes inspired soundtrack, the hills have eyes is a visually stunning film which attempts to drain your adrenaline reserves in 107 minutes."

"A 1956 American cult classic. The relation between genetics and a predisposition to serial murder is explored in this dark horror suspense film. A girl goes on a methodical killing spree, while maintaining her secrecy through assumed childlike innocence. Slowly her parents realize what is going on and face the moral dilemma of what to do with the knowledge of the heinous crimes committed by their young daughter."

"This movie has a rough looking exterior, but don't be fooled. There's amazing characters and acting, engaging steady cam work and some situations that have literally never been seen before or since on the screen. The plot is pretty straightforward: a greedy liquor store owner decides to sell pints of 'tenafly viper', an unknown booze he discovered in his basement. Little does he know that drinking the hooch causes people to melt, literally and very messily. His main clientele are the homeless, and the story centers around the these homeless characters, who all live in a junkyard. Watch it with a friend. "

"Italian director Dario Argento is responsible for this moody and artistic piece of suspense and morbid fascination. An American exchange student arrives at a prestigious and mysterious dance academy in Freiburg, Germany only to realize that it is a training ground for witches. This film is scored by Italian progressive rock powerhouse Goblin, who guide the audience from scene to scene with atmospheric use of synthesizers, hand drums, and various string instruments, which compliment Argento's use of lighting and add counterpoint to the overall sense of dread that permeates this film. A Halloween staple!"

Buio Omega (Beyond the Darkness)

"This gore masterpiece expertly directed by Aristide Massaccesi under the pseudonym Joe D'amato with flawless soundtrack by Goblin delivers on all levels. Expect to be simultaneously attracted to and repulsed by this film, as you are treated to physically beautiful characters committing acts of pure evil in the name of madness, while tapping your foot to the freshest Italian progressive rock 1979 had to offer. "

I Spit on Your Grave

"Warning: this movie is a challenge to watch. The subject matter of this movie deals with rape and revenge and it doesn't hold back on either. Another way to look at it is, if you survive the rape scenes without turning it off you will be rewarded by the revenge scenes and your cringes will be replaced with bitter cheering, for even though our heroine is eventually victorious, she is forever changed and a normal life can never again be hers. This movie was remade in 2010 and a sequel was made in 2013, but I haven't seen either of those. Also the iconic cover art of the 1978 version is not part of the actual movie, which always disappointed me.”