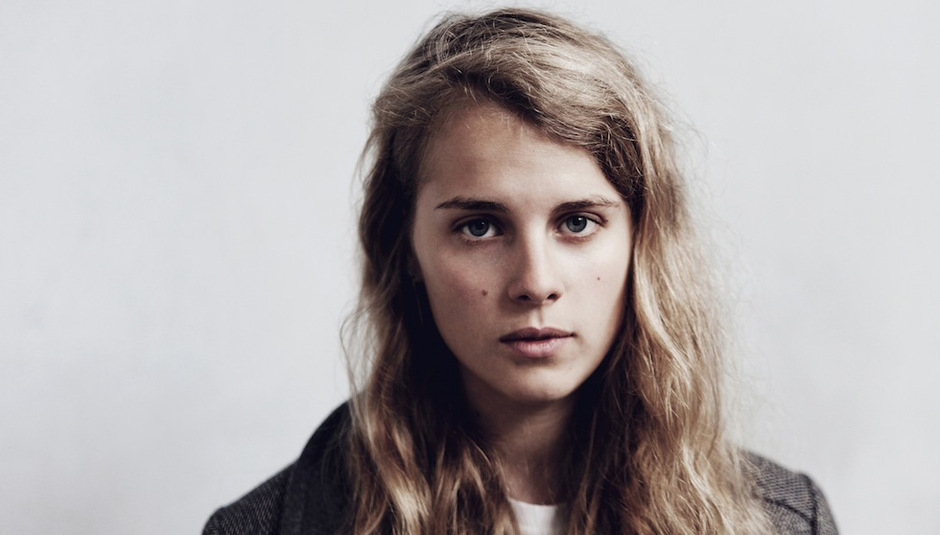 "We just need two balls of mozzarella, two big avocados and two packets of red and green tomatoes, pick up some balsamic and some rocket as well, then I'll be on salad duty..."

Marika Hackman is making her debut album (as well as what sounds like a tasty lunch), but she seems remarkably unphased by the former point. This might be because a full LP from the once-labelled 'anti folk' songstress seems long overdue, her number of EPs released to date possessing a developed, mature quality rarely seen so early into a career.

The fact she came straight out of the gate with an adept, definitive sound fast established Hackman as an artist who can question the boundaries of folk as a whole, bringing in a broader range of sonic elements to craft something forward thinking, yet equally rooted in inspiration from the greats, held together by an immediately unique vocal tone and a refusal to adopt just one style.

Naturally then, her debut album is a pretty big deal, and although many artists end up overthinking their inaugural full-length release, Marika seems quietly confident in her efforts, more so because of how her career has built up to it thus far.

As I join her on the last day of recording in Brixton, London, we sit cross legged on the floor of the studio and dissect the process behind her most important record to date.

"You've gotta be prepared mentally, not just with the songs, which was the big pressure." She admits when I ask about her mindset before getting to this point. "I guess the best thing was the fact I had a month free before now to just lock myself in my room and write, so all of the songs on this record were written within a period of about two months not that long ago."

This tight timeframe in terms of material early establishes Hackman's aim to achieve something different to her contemporaries with this album. One could argue many debut records today lack that sense of surprise because of the lengthy pre-release process, which in the wake of single releases and preceding EP's can leave many albums resonating as mere filler amongst a string of familiar tracks. Marika however seems refreshingly disenfranchised with that system, and instead wants to show her development as an artist and ultimately not feel like she's cheating her fans, a so what commendable trait. "Everyone is so scared because they feel people have to listen to a record and immediately recognise certain songs, whereas in my mind I've already released an album's worth of material which all still exists out there for people to find." She laughs.

"I'm not gonna rehash those old songs and make people buy them again, I'd rather they looked back to find the old stuff if they like the album, which is much more exciting"

Looking at her work from a developmental perspective, it completely makes sense for this album to be made up of completely new material. Throughout her career to date Marika has pushed herself in different directions, from the simplistic, bare bones instrumentation she adopted on breakthrough tracks like 'Bath Is Black' to the subtle electronic experimentation and grungier facets evident throughout her Sugarblind EP. Filling this record with old singles would not only be pointless, but would leave the release feeling disjointed, tarnishing the innovative nature of her development so far.

"I was at home with my parents, who I send all my demos to, and we were comparing the new stuff to the old EP's, and the difference was stark." She says, detailing how she views her development from own perspective. "I guess it's because my voice is untrained, and as I've been singing and writing more those earlier records actually feel a bit immature now... Because of that it just wouldn't feel right to fill this album with old material."

Further dissecting her sonic journey so far, we discuss the atmospheric grounding of this forthcoming release. The far-reaching nature of her discography to date ultimately left Hackman with endless possibility for this album, and it would appear she has embraced that, detailing that some tracks will feature just her and a guitar, indicative of her early work, whilst strings, brass and recorders (yes, the primary school favourite) will make minimalistic appearances in other moments on the release, a more restrained take on the grandiosity that has lent itself to her sound more recently.

"This album has pulled things back in again, because the songs themselves are much more mature." She states, a sense of anticipation in her voice about how everything has seemingly come together. "The guitar parts are more intricate and the lyrics are so much more free and open so it would be a shame to throw loads of stuff at it rather than letting things speak for themselves. There are some songs on this record that have a bigger sound though, it's kind of just whatever each song demands really"

Simultaneously, she maintains the notion that this record will remain refreshingly different throughout, refusing to fall into the trappings of monotony through an embrace of different genres within the boundaries of her already-signature sound. "This record is varied, but that might be because I see every song in a different way myself. There's a mix of grungey and folky stuff though with some electronic elements thrown in as well."

This sense of variety in her work has no doubt heightened with the development of her live show over the last year, which has seen Hackman make the change from a solo artist with a guitar to a frontwoman of sorts, opting for a grander, immersive sound in her performance helped along by her new two piece band (affectionately known as 'Tits and Teeth'). "I think working on something you've had for ages and turning it on it's head is really exciting" she explains when asked about the growth of her live show, before relating it to her radically changing style on record.

"It's nice to have the chance to explore different sounds over one album, but the songs themselves will gel it all together, and because my voice is quite distinctive I can get away with pushing the instrumentation a bit more. Plus if I made a record where everything was sonically similar it would just sound boring and moody."

It becomes clear that this embrace of different styles has become vital to crafting this release, and a novel way to deal with the step up from an EP to a full album, which some artists no doubt struggle with in the pursuit of a hit debut. "In my mind whenever I make an EP there's never been the idea of basing it around a single, for me it's four standalone tracks, which is why i've been reluctant to put the past singles on this record because it would almost be unfair on the other songs, as they definitely weren't written as single support or filler."

The way in which Hackman has started to form releases has no doubt been heavily influenced by Charlie Andrew, the acclaimed producer (known for working on both Alt J albums) that has produced all of her work to date, a creative partnership that she maintains has positively forced her to look at her work differently.

"We've developed together and know how each other work, so it's been a real progression with each release. The EP's were about us exploring a sound together, and this record builds upon all of that".

Having Andrew as a creative safety net of sorts has played a fundamental role in Marika maintaining a healthy mindset throughout this process, and ultimately stopped her overthinking every aspect that goes into the record. Instead the pair seem to work off one creative mantra, and build things slowly from that.

"If you can play a song on a guitar and capture people's attention that's all you need, as you can either leave it stripped back or build upon it, but as long as you've got that foundation it's fine. That's how I like to work, because otherwise you can end up building a song around an empty shell, which is pointless".

In the hour we sit down it becomes increasingly apparent throughout that Marika has come into this process more informed than the countless contemporaries who have been in her position before. It's also clear that now is the perfect time for her to make this record, as her sound has developed enough to thrive across a full length release without seeming misguided or too thinly spread sonically.

"I guess I've learnt to ignore everything, and not worry about where it's all going to go and what's going to come of each release and instead let it be a natural thing. I think exploring my sound over each EP so far has taught me what works and what doesn't as well, but really it's very much a gut instinct thing and letting that run freely... god that sounds so cheesy doesn't it?"

She's right, it does sound cheesy, but that doesn't detract from her being correct, and if the strength of her journey to date is anything to go by then this album could very well be one of the strongest alternative records of the year (and if not, at least she knows how to make a good salad).

Marika Hackman's debut album We Slept At Last is set for release in February 2015. 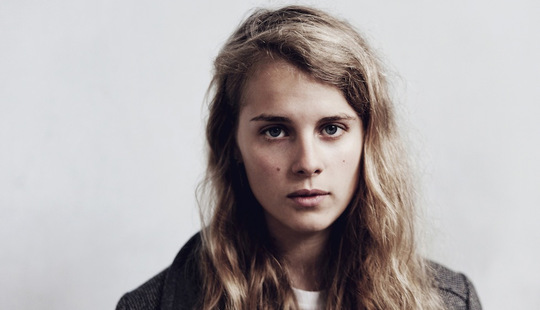 "We'll carry on making music until we...