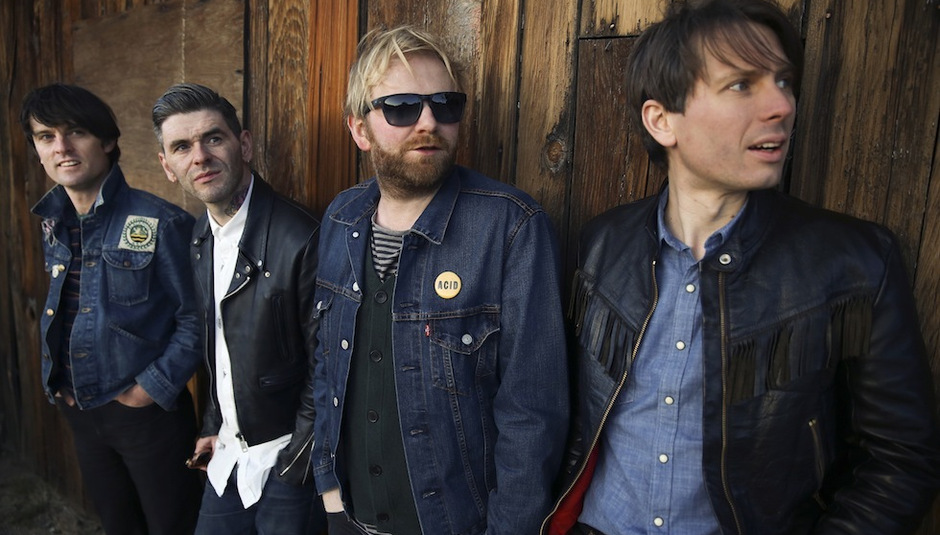 Franz Ferdinand are welcomed into the Late Night Tales family with a 20 track selection of musical influences, inspirations, diversions and discoveries. Announcing itself with the band's own cover version of ‘Leaving My Old Life Behind’, originally performed by Jonathan Halper, their Late Night Tales mix flows between dark and light, introspection and affection, dancing and horizontal appreciation.

We've always been fans of Kenneth Anger and when found his film ‘Puce Moment’ on YouTube we were really struck by the music in a scene which sounded like Syd Barrett era Pink Floyd, but way ahead of its time. The artist was a guy called Jonathan Halper but we weren't getting anything online about him. We eventually found a WFMU article but there still isn't anything really known about him. The soundtrack wasn't ever given a physical release, which definitely appealed to our record nerd sensibilities when it came to covering it. Alex met Kenneth Anger last year and mentioned we were covering the song from ‘Puce Moment’ - but he didn't have a clue what he was talking about. I guess that's just Kenneth Anger, he exists on a different plain.

‘Old Man’ is on an album of covers Justus Köhncke did on Kompact in the early 2000s and I remember listening to that a lot when all my friends were in art school - I wasn't in art school, I didn't get in. Around that time there was a lot of fascination with German contemporary art, Glasgow felt like it was practically twinned with Cologne at the time. I really like the flat, German intonation - a completely different voice, he's made it his own.

R.Stevie Moore is a pretty prolific genius, he never stops making music. This is a cover of The Beatles' song, who were the one thing we bonded over when Franz Ferdinand first formed. I'm definitely not the authority on The Beatles in the group though, I'm not even a John Lennon fan - I'm very much of the Alan Partridge camp: "Wings were the band The Beatles could have been" - so I’m all about Alex's selection of Paul McCartney's 'Nineteen Eighty Nine'.

- Eighteen Is Over The Hill

Sandy Nelson - Let There Be Drums

When I'm DJing I'm not really bound by genre, my favourite DJs are almost ignorant of genre I guess, if music's good it doesn't really matter what it is. This sequence of tracks just seemed to flow into each other really well, with the same propulsive feeling as evident in Sandy Nelson as it is with Can.

When we originally put the tracklist together for Late Night Tales, it was something like 75% French. This year we did a lot of French festivals which is great because the catering is always amazing. I've always liked Serge Gainsbourg and that track in particular. To me it sounds more like Can, its a rhythmic track, there's not that much going on melody wise. And I like the subject matter as well - run it through Google Translate. Serge Gainsbourg likes what he likes, and he likes to tell you about it as well.

Disco Dub Band - For The Love Of Money

Zapp - More Bounce To The Ounce

If I'm playing out then I'll be playing more this sort of stuff, they're kinda like sure shots. Most of our songs of late have been around this mid-tempo feeling of early 80s electro funk, which personally is the tempo of music we like to dance to. I've done a few DJ gigs when someone's been shouting at me but I can't hear them, they've punched something into their phone which I think is a request...and it just says "FASTER".

I first heard the James Brown track when James Chance & The Contortions covered it at a gig in Glasgow. Its a pretty bleak song. Its certainly at that point in the compilation there seems to be a fixation about drugs, death and the devil, which wasn't intentional.

Carrie Cleveland 'Love Will Set You Free' lifts it out of that. The song is from a private press album which is something I'll always check out. I'm fascinated with that whole culture of putting out your own records but this was before punk's idea of “learn three chords and Do It Yourself”. It's usually people who are musically proficient but there's always something a bit weird and off kilter about them. It makes you wonder what their whole backstory is. Hopefully it'll get a repress.

Boards of Canada - Reach For The Dead

When I moved to Glasgow in '98 the first record I bought was the first BoC album, which is one of the only records from that period that I still have. I was quite excited when the last album came out, which this track is from. I like the palate of sounds used by both BoC And Oneohtrix, they're like something from a public infomation film or infomercial - they have a ghostly, eerie element to them, like they're made for another function other than listening to.

The Beach Boys' Brian Wilson produced this, his wife was in the group, but it bombed as an album. Its a good as anything, if not better, as anything on ‘Pet Sounds’ in my opinion. A lot of DJs and record collectors in Glasgow rave about this record.

Alex wrote and narrated the short story that closes the album. In his own words: "Defibrillator is a fictional account of exactly how it happened in the basement of the 13th Note, Glasgow at some point in the 1990s. The death of a drunken Santa. The death of a band that was never to be. Spew on the bar. A Defibrillator." 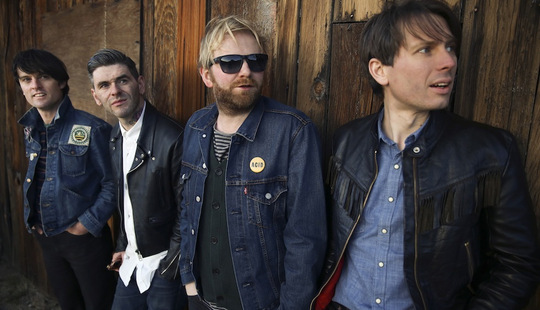