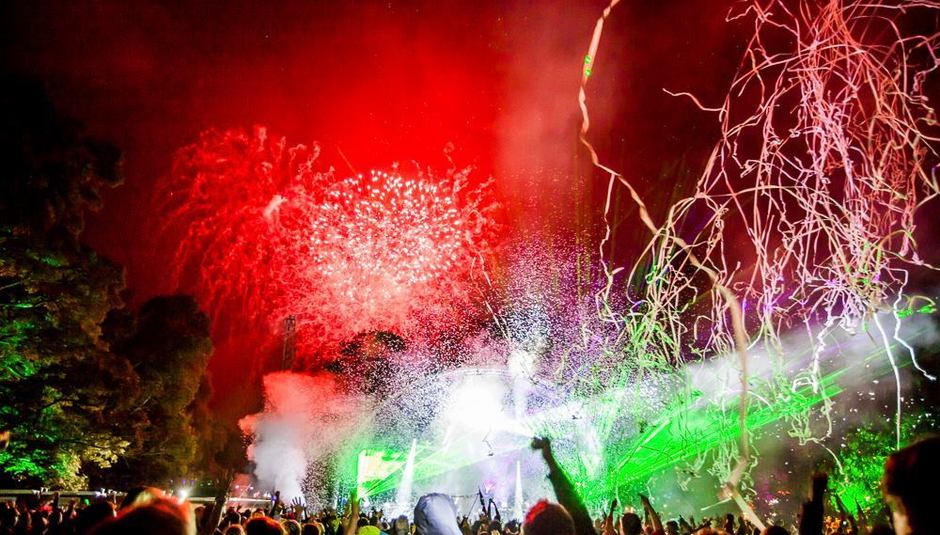 Kendal Calling has quietly established itself as one of the best small festivals in the country since it began. The punters love it and, tellingly, the musicians also love it. Despite its growing standing in the festival world though, it still feels like an incredibly well-kept secret. Maybe it’s just too small to be compared with Latitude and too big for the likes of Beacons Festival.

The Pinstripe Pigeon Band are the first act we manage to see on Friday. They’re a band from Preston who usually create the sort of lounge pop that your Mum would love. In this set however they inject a little Rage Against the Machine style guitar into some new material and they win over an entire crowd of fans over at the Woodlands Stage. They hand out CD’s after the show and they’re received with huge smiles and thanks rather than the grimace and polite nod of an unimpressed music fan.

Catfish and the Bottlemen perform what feels like a triumphant set over on the Calling Out stage afterwards. It’s thoroughly lad-rock territory for fans of Courteeners and their like but that doesn't take away from the effect of seeing over a hundred people hoisted onto shoulders for BBC 6Music supported Fallout. There’s also not an ounce of arrogance from frontman Van McCann, who repeatedly thanks the crowd throughout the set for being so rowdy throughout.

Suede do well to breakout from their Britpop roots in the 21st century but the fact remains that they wouldn't be here on the strength of just that material. It’s hard to care about that too much when they’re clearly as hungry and eager to perform as they have ever been. Their reunion doesn't feel lazy or like a cash-in but more of a lesson in how to do it the correct way.

Saturday brings with it more rain to an already soggy site. The Heavy keep everyone warm and dancing over on the mainstage with their set that comprises mostly of songs that have been in video games. All that means is the crowd recognise a few more than your usual early afternoon set at a smaller festival.

Athlete prove unable to distract the crowd from a very entertaining mudslide that has formed at the mainstage and Razorlight remind us all that they’re not much more than Johnny Borrell and his interview skills. Their set sounds fine but never actually good and it’s hard to fight the temptation to feel a little smug about their fall from headlining Reading & Leeds festival to here. Happy Mondays please the older crowd but do little more than that to impress.

Luckily, amongst the boredom of Athlete and Razorlight sits Evil Blizzard back at the Woodlands Stage. The area can look like a fairytale but they quickly turn it into more of a nightmare with both them and their fans donning an array of the creepiest masks. At one point a member clambers from the stage and sits with a pair of innocent onlookers at a table. It’s all part of the spectacle and together, it works wonderfully.

(A quick note on the Woodlands stage though. Last year the walkway towards it from the main body of the arena was a tunnel of fairylights that you entered through something very similar to a hobbit hole. This year, it wasn't half as beautiful and while Kendal Calling still retains much of it’s unique beauty, it would be unwise to strip away too much of this sort of thing.)

Rae Morris is hauntingly brilliant on the Calling Out stage and her new album can’t come soon enough. She has grown wonderfully since the release of Don’t Go all the way through to Do You Even Know? and Cold and sounds much more mature than an artist yet to release her début. Hopefully this all stands her in a position for the future.

Frank Turner then proves that he is deserving of his slot as a headline act. He opens with 'Photosynthesis' and keeps the crowd in his hands right through both well-known and new songs. Recovery closes the main set is spectacular fashion. There’s no reason why Turner shouldn't go on to headline the top tier of festivals and here is the proof that he could pull it off.

We then head back to Woodlands for our second night of Silent Disco fun. One DJ slaughters the other thanks to it being largely mainstream vs. niche but that doesn't stop it being hugely enjoyable. Taking off your headphones to hear everyone shout along to their channel somehow still hasn't become boring.

Sunday hits us with just as much rain and the mud begins to turn into something of a soup. Great fun for us but not so much for those poor souls whose cars will be desecrated by it all. Reel Big Fish do nothing to stop us from getting head to toe in the mire so for Clean Bandit we’re not so er... clean. The latter have that rare pop vibe where they might be something special but here the crowd only reacts for 'Rather Be' unfortunately.

After grabbing a drink a wasp decides it would be prudent fly into my mouth, down my throat and sting me. A bemused first aid nurse tells me soon after that it’s the second time it has happened that day. Pesky wasps. A trip to Ghandi’s Flip-Flop sorts me out - anyone who spots these at a festival should get involved because this vegetarian Indian stand was by some distance the best food I have ever eaten at a festival. Yes, better than Falafel.

Anyway, my mood somewhat dampened by literally chewing a wasp, Miles Kane and Example fail to make a real impression. Neither offend me or the majority of the crowd but, aside from the hits of the latter, neither really manages to garner much of a reaction. After three days of rain, most appear to be ready for home. Kendal should keep its dance acts for the first night, as Basement Jaxx were spectacular in 2013.

Nestled in the Lake District, Kendal Calling is one of the most gorgeous festivals in what is a flooded market. Only the very worst rain manages to dampen a phenomenal atmosphere right at the end. If Kendal can keep growing whilst maintaining the quirks that make it so loveable, then it will keep calling out to us.