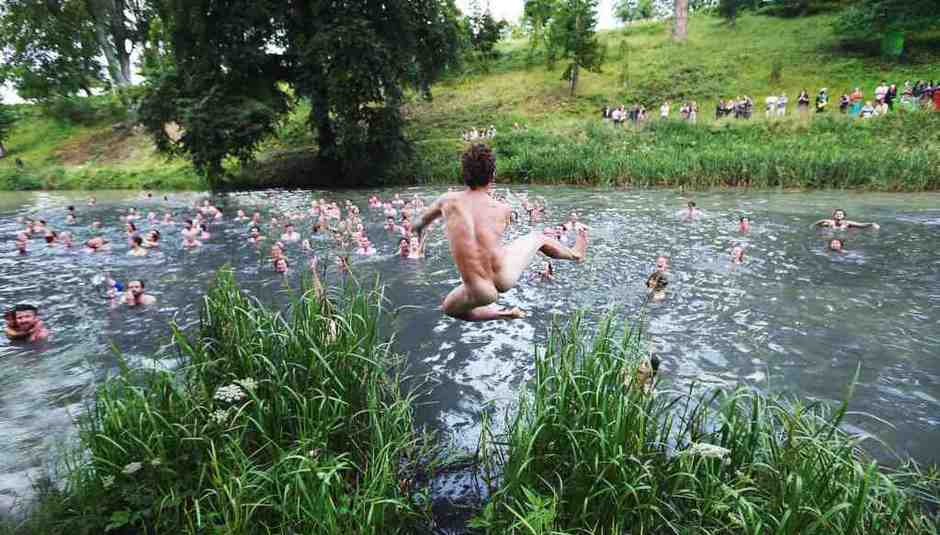 I don’t typically wake up at half past seven at a weekend festival, unless responding to some more or less spectacular bodily emergency. But Wilderness is a little different. I had yoga to go to. And it was wonderful.

Events like Latitude make a lot of their commitment to diversifying beyond pop music, into theatre, dance, spoken word and the like. Wilderness Festival is one of the few events which really feels like it cracks that nut. I’ve never performed the downward facing dog ahead of breakfast before. Nor have I spent an hour learning how to become a connoisseur of sake. Nor have I swum in a wild lake to shake off a hangover. Nor found out why each bottle of Zubroka has two blades of bison grass in it. (It’s yummy, basically).

It sounds middle class, and maybe it’s gotten the reputation to go with it – with its elaborate banquet halls, and organic spray tans, and healing fields of tarot cards. But it never loses sight of a music festival’s core mission objective: delivering fun, and brilliant acts.

Burt Bacharach is unsurprisingly the centrepiece of the weekend. Coming away from his set, it’s hard to think of any songs – aside from the Beatles’ discography – which he didn’t fucking write. Owing to his age and health, it’s light on his own voice, but a range of backers carry the songs beautifully; as well as providing the variety in voice that his artist-hopping writing credentials warrant. We got 'Say A Little Prayer' and 'Anyone Who Had A Heart' and 'Magic Moments' and 'Walk On By' and 'Always Something There To Remind Me' in one set, without it being a covers band. It’s a stunning two hours, and a big gamble for what’s ostensibly a young and trendy festival. And it worked wonderfully.

Elsewhere, the acts are young, alternative, and sometimes slightly under ripe. But the highlights soar. Connan Mockasin delivers a smoky, smouldering set of guitar runs and gyrating rhythms, while Gregory Porter’s near-perfect voice glides over the top of jazz arrangements which dissect notes into the smallest per-second fragments imaginable.

But then it’s Wilderness. It’s not all about the music. You get caught up in the massive trapeze. And the cricket game with 1950s-style received pronunciation commentary. On Sunday, the magic breaks, sure, with the crashing thunder drenching the godless Sunday Assembly with irony; going fucking biblical on the tent roof, leaving all of us – religious, atheist, or otherwise – wondering which of our sins could be so black as to deserve such merciless vengeance.

This is only a small break in what is otherwise an idyllic weekend. On the Saturday night, the music ends with a procession across the bridge of the lake, up the hill to the helter-skelter. It is set on fire by a fire breathing JCB with a dragon’s mask attached to its crane. Some sort of massive girl puppet takes damage.

While the sheer spectacle of the fireworks hammering across the sky is immersive enough– the attention to detail among the crowds is what sets it truly apart. There are amateur-dramatic groups calling along interactive drunken sailor sing-alongs. There’s tribal drummers leading genuinely impressive impromptu one-on-one dance offs between complete novices who probably never imagined they could. There’s a genuine sense of time, place, and shared moment. That’s what a festival should really be about. On that front – whether it’s ‘really’ about music, food, authors, or yoga – Wilderness offers up more than a small selection of these moments.