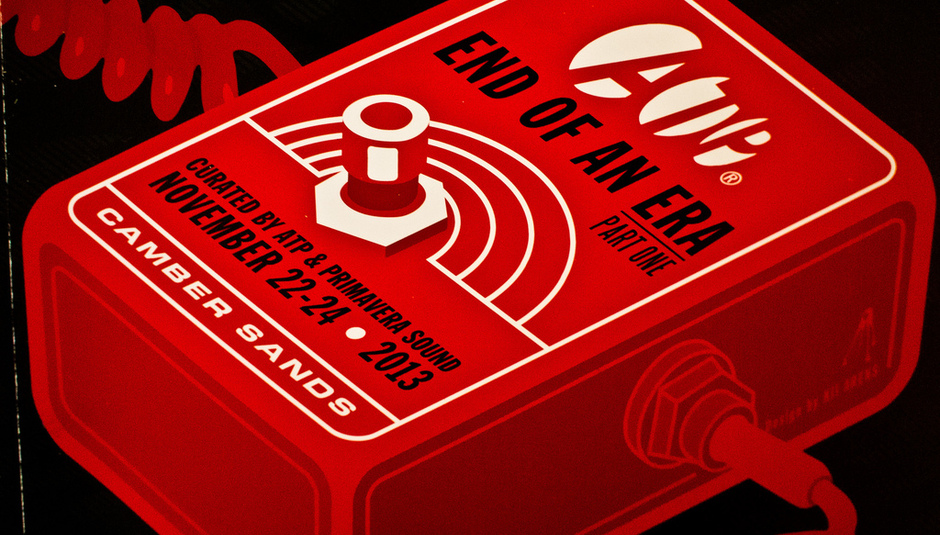 So there's this girl, right? (there isn't, this is me breaking out a well-worn American-style allegory)

So there's this girl, right? (not to be sexist or whatever, I'm presenting this as A Personal Story. Although looking back/forward, the whole thing is in second person. Maybe it just services the cornball allegory?)

So there's this girl, right? (I mean no, I'm married, it's definitely an allegory, there's no girl)

SO THERE'S THIS GIRL, RITE? And when you first see her you're totally intimidated by how worldly and exotic and sensual and assured she is, and you conclude that while you'd really like to be friends with her – maybe even in course to squire her – it's not going to happen and you probably shouldn't try. And then about five years later you do give it a shot and ohmygod guess what? You get on famously and it seems absurd you didn't make friends before, and sure, she's a bit more sophisticated than you still, but you have a top laugh and after a while her worldly wise ways rub off on you and you yourself become a bit cooler and you even begin to enjoy the odd card game with her super-intimidating best friend Steve. Do you become lovers? For the purposes of this allegory I'm not sure that you do. But you probably still fancy her quite a lot. Anyway, it goes really brilliantly for about four or five years, and while part of you is worried you're spending a bit too much time together (and you are beginning to get a tiny bit bored of Steve), it's still bloody good. And then one day she becomes a massive unreliable heroin addict and nicks all your stuff or whatever and you still hang around with her a bit but you definitely don't fancy her and kind of hope she fucks off.

No? Of course not… but get this – what I've just written isn't me being all ragey about an unfortunate real life woman, but using the power of words to condemn All Tomorrow's Parties music festival, which I will now talk about using non-allegorical words.

At the age of 18, I was so indie that I wanted to go to ATP before it was even ATP, insofar as I read about its predecessor the Bowlie Weekender in NME while I was a sixth former and thought "that sounds completely amazing but I have no money, it is school term time, and my school friends all lack the epic sophistication to be into Belle & Sebastian".

At uni I almost certainly could have gone, but you know, I was busy, and in Yorkshire, and perhaps moreover the more leftfield, less indie schmindie music that was programmed when Bowlie became ATP put me off a bit because back in them days it was bloody hard to listen to the bands on the line up without paying £££.

Five years on, a sufficiently schmindie line up came round (Dinosaur Jr/Sleater Kinney/The Shins) that me and my best friend went anyway. And not only did we have a great time, but we realised we'd probably have a great time at most ATPs, that discovering new music was integral to the experience, and even if it wasn't you could still just get pished and have a hoot.

There then followed a number of years where ATP put on so many festivals that I think conceivably, despite my late start, I still managed to go to over half of the UK ones ever staged. In retrospect, it was pretty fucking nuts that they were staging four a year plus varying foreign excursions that never really seemed to go that well, but kind of 2006-2009-ish was clearly pretty successful for ATP on some level, selling out the huge Butlins Minehead numerous times at a time that I suppose coincided with the last great peak in indie popularity.

Around 2010 the four festivals a year stopped selling out, and though the demented chutzpah of continuing to stage doomed foreign events suggested the UK must be profitable, it now seems pretty apparent it wasn't. A 2011 festival was pushed back to 2012, the next 2012 festivals shifted venue under weird circumstances that seemed to also involve the dissolution of ATP as a trading company, there were more foreign disasters, a cancelled London festival, and they announced the UK residential festival weekends would be coming to an end with 2013's events.

Which would have been fair enough, but they still kept doing STUFF, most notably an Icelandic event that seemed to kind of just be a UK-type residential festival, BUT IN FUCKING ICELAND. And then they announced Jabberwocky, a cheap two day London festival with a good line-up that came with all sorts of warning bells – an abrupt shift in venue to the Excel Centre, briefings against them from their own disgruntled ex-PR company – but was in some sort of partnership with the reliable Pitchfork and Primavera, and again, there was that sense 'after 15 years, numerous failures and an apparent latterday awareness of when to beat a tactical retreat, would these guys actually book a massive festival that seemed economically unlikely to succeed?' Clearly the answer was 'yes', though I wonder if we'll ever know why - ATP had recently claimed there were only 200 tickets left, which was either untrue or suggestive of the fact they'd fucked up so royally that it was never even possible for the event to break even.

Why did they do something so risky? Because they're total idiots who have learned nothing from a decade-and-a-half of gig promotion? Because they viewed the whole thing as a gamble that MIGHT have paid off if they'd only sold more tickets? Because they're somehow addicted to putting on festivals in the same way that other people are addicted to booze and pills? I do not know.

The weirdest thing, though, is that they justified pulling Jabberwocky at 72 hours notice by saying that it would definitely be the end of ATP if it went ahead, as if that was key at this stage. It's become such a byword for unreliability that it almost seems like going out in a blaze of glory with a festival that actually took place would not be a terrible thing.

For all that, you suspect that if they possibly can come back they definitely will, and probably if I'm totally honest I'd consider going to one of their events again – because of the good times, because the line-up will be good, because I'll think 'well they wouldn't be stupid or crazy enough to book this if it wasn't going to work out', because while ATP is around they've kind of cornered the market for large scale events based on credible non-mainstream bands (though it'll be interesting to see if Jabberwocky has burned any bridges).

Really, though it's definitely, definitely time for them to step aside and let somebody with fresher ideas and a modicum more financial sobriety take their place – this weird, protracted breakup is not doing anyone's fond memories any favours.