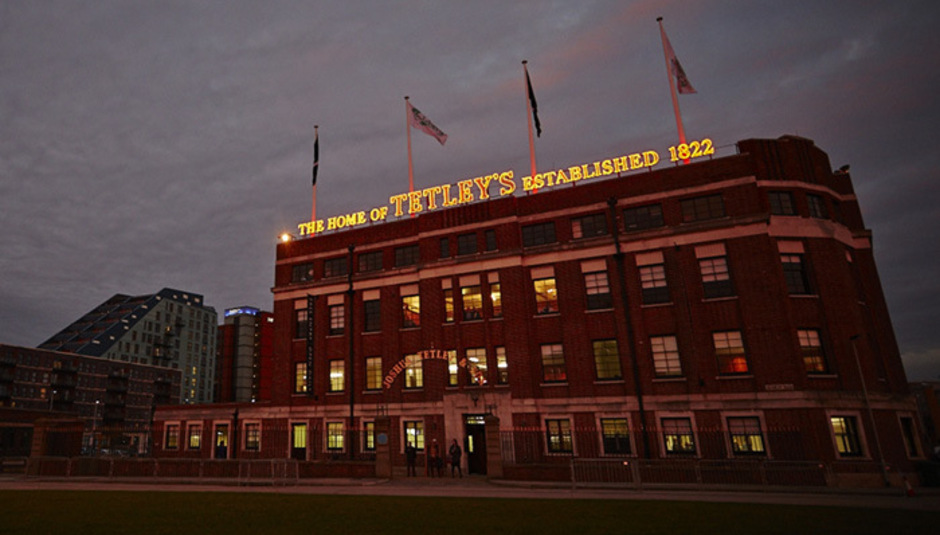 It’s been a good while since I last wrote one of these columns and whilst I might have been dragging my pre-occupied feet, fortunately the music scene hasn’t. Plenty of news bands and artists have continued to spring up and this column is therefore going to begin with a selected handful of the newer bands that I haven’t previously mentioned and where you can see them…

Starting with ‘Timber’ from a relatively new solo artist named Eaves. The track unimposingly appeared on soundcloud with little fanfare and referring to itself as a demo, which feels like it modestly underplays how good a recording it is. The track progressively builds sparsely from a piano with snowflake fragility, to take on a woodsy Jeff Buckley confidence with the lyrics weaving a hopeless romanticism into the world-weariness. He’ll be playing the Friday at Beacons Festival in Skipton this weekend.Facebook

Also playing Beacons are Cottonwoolf; a band I’ve been keenly admiring for a while now - it must be about 18 months since they first emerged with their 70s influenced rock. They haven now finally released their debut single, ‘Coming Up Roses’ which you can download for free along with the equally enthralling B-side 'On Dreaming'. As a solo performer Grant Fennell was infamous for his attention grabbing voice and now that it’s teamed with an equally talented band; there’s a pure-proggy alchemy as it combines with the organ and guitars in galloping towards giddy psych climaxes. Download here

To continue with the festival theme, the final Leeds & Reading festival slots have now been filled by a number of local artists. The first of which being electronic duo Girlsondrugs who were triumphant in the annual Centre Stage Competition (held at the 02 Academy for musicians between 11 and 21 years old). The pair, unconstrained by their young years and the fact that they only played their first live set back in April, have already showcased a wealth of talent. Whether it’s their woozy, minimalist re-imagining of Arctic Monkeys’ ‘Do I Wanna Know?’ or playfully toying with Alt-J’s Breezeblocks and racking up the soundcloud plays. Their own creations display their knack at creating smooth pop with a shadowy cool edge and thanks to Kat’s vocals an evident persona that their more established peers often lack.

I’m not sure if there’s a random band-name generator somewhere on the internet that’s got it’s algorithms in a twist, as this next band have somehow conceived a weirdly similar narcotic induced moniker in AllusonDrugs. Fortunately the two are musically different enough to avoid confusion although I would quite like to hear an AllusGirlsondrugs² remix if you read this guys! It is perhaps something they could discuss at Leeds & Reading Festival, because alongside their rapidly rising reputation, AllusonDrugs have also earned themselves a slot at the festival through local promoters Futuresound’s annual competition.

Leeds has had a strong recent history in producing grunge revivalism exports and the Castleford five-piece are the latest band well placed to go national off the back of their recent eponymous 6 track. As you might expect, some of their influences are common like Nirvana, MBV, Deftones, and some less so or perhaps indirectly such as Brand New and even Linkin Park. However it’s the way these collective sounds have been melded and developed upon that sets them apart. The songs are constructed from skeletal fuzzy riffs and then pumped with ripples of delicious shoegaze and psych with the tight vocal harmonies providing a finishing flourish. I seriously recommend acquiring their EP and then to go and see them live - they’re gigging West Yorkshire heavily at the moment.

The aforementioned EP came out via Clue Records, a local label who recently celebrated their first birthday and have gone onto develop a small but solid roster in their short time. Allusondrugs’ brothers-in-scuzz Forever Cult and NARCS having both put out releases with Clue, with the former also being fortunate enough to be joining their label mates at Leeds/Reading Festivals after earning a slot via the Futuresound competition too. The three-piece inhabit the sludgier end of the grunge spectrum with frontman Kieran working between a mellow slacker drawl upto Taz-esque levels of vocal turmoil.

The last few months have also seen some brilliant new releases from many names more familiar to this column, including Juffage, Fold, Sam Airey, Autobahn, Ellen & the Escapades, Menace Beach and Post War Glamour Girls. So if you’re into any those, hunt down their new stuff and perhaps pay a visit to Crash and Jumbo through these quieter months.

One of my favourites who have returned with a second album entitled ‘Poor Music’ on Sturdy Records are post-punkers The Wind-Up Birds. Seventeen tracks crammed with immensely quotable lyrics from infuriated bursts of snarling political and social disillusionment that paint a grey picture of life in industrial northern cities. However it’s far from constant wallowing gloom, as like fellow Loiner Alan Bennett, their creations are darkly comedic and wry quips over scorned guitars are The Wind-Up Birds’ endearing hallmark. Bandcamp

Those of you out towards Bradford should definitely take a look at Shipley promoters Golden Cabinet, who strive to provide a monthly dose of “audio/visual madness” to the benefit of the community in what is often considered a live music wilderness. However they are doing a good job of changing that (alongside folk promoters ‘The Live Room’ at Saltaire’s Caroline Social Club) thanks to recent gigs at the Kirkgate Centre including ‘Shit and Shine’ and ‘Cut Hands’. Their next gig is probably their biggest coup yet with Vatican Shadow playing their only other UK show for them whilst they are over for the ATP Jabberwocky Festival on August 17th. Golden Cabinet Website

If Leeds Festival doesn’t float your boat then there are always alternatives on the bank holiday weekend and the Karma All-Dayer at Belgrave Music Hall looks like being the pick of them. It takes place on 23rd August and costs only £6 which is great value for money considering some of the great bands that are playing such as Loom, Fans, Weirds, Fehm and Nervous Twitch to name just a few. Facebook event

As ever, please send any upcoming releases, gig news, insults etc to leeds@drownedinsound.com 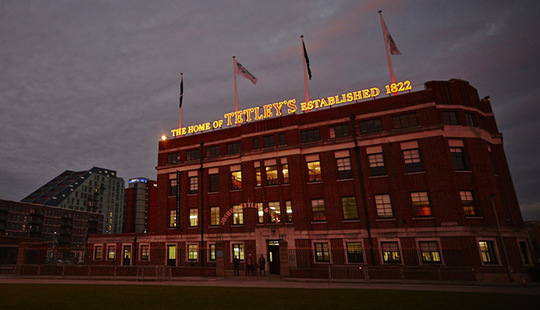 Romeo Stodart from The Magic Numbers ...