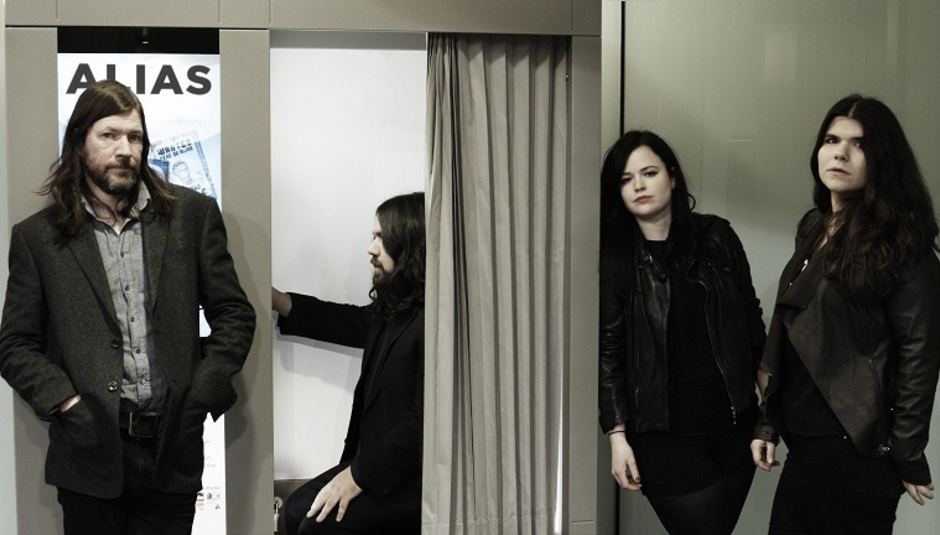 "Music has been the only real creative outlet I've had in my life, so I tend to surround myself with as much of it as humanly possible. It's really important for me to grow as a musician and a songwriter and that can only come with immersing myself fully, just living and breathing music, experimenting, playing with different people, writing for different people, collaborating.

I really love collaborating with different artists as it's an insight into their world and their vision, it's always rewarding because it's always unique to the situation. I always walk away having learned something. I also really enjoy the shared experience where everyone's in pursuit of this intangible thing, sometimes it's not even discussed but you all share the feeling and will it to be.

It's very important to know your role within the process, whether you're the one looking in or directing it. There's no better feeling in the world than performing to an audience and having them join you on the ride, if you're lucky they'll even transport you to a higher plain, but for me there is something that somehow rivals that feeling and that is creating music from scratch, seeing an idea become a fully formed entity that you've had a small part in shaping.

I'm very lucky to experience this regularly with the members of my band The Magic Numbers, but here are some other people I've been really fortunate to have worked with and created music together."

I wrote a song for Jane called 'Steal Me A Dream', which she sings so beautifully on this album. It was a real honour for me as I'd never written anything for anyone else outside of the band before. She'd gotten in touch as she loved our first album especially the tender moments on there, I wrote a song about not being able to shake the presence of someone long after they are gone, they can still be found in the walls of every room. I love her interpretation, it's an incredibly moving performance, especially when she told me how personal the lyric was for her and seemed to perfectly sum up her life and childhood. What's also amazing and incredibly flattering are the other songs on there are by Tom Waits, Neil Young, Kate Bush, Rufus Wainwright & Divine Comedy - pretty decent company to say the least.

I've become really good friends with Jason over the last few years and when he asked if I'd play on this record I jumped at the chance as I've been a lifelong fan of his work. I played banjo, guitar and sang on a few songs on this album. He's an absolute genius when it comes to sonically creating a world that is totally his and knows exactly what he wants, not many people do. It was an eye opener seeing his process and I always learn something from him even when just chatting about the music we love.

The Chemical Brothers - Push The Button

We got the chance to work with Tom and Ed very early on within The Magic Numbers' conception. They saw us play live at Kings College and within a week or so after I received an early draft demo of what became 'Close Your Eyes'. I remember coming up with the melody and the now poignant lyric 'What if it all were to change like I thought it would?' whist playing the song over and over in the taxi home from the studio, looking out onto the quiet streets of London, feeling on top of the world. I love it when everyone's asleep and you can feel this untouched energy breathing, it can be so inspiring. I'd bought these glockenspiel tone bars from a charity shop for almost nothing and there they were being recorded in the studio with the Chems and ending up on a Grammy award winning album. Insane! The phrase 'Glock Rockin Beats' was coined and our introduction to the unpredictable world of the music business commenced.

I love this record, it was a collaboration between Gruff Rhys, Cate Le Bon & Boom Bip. We were all recording in adjacent studios at the legendary now defunct Olympic Studios and Gruff asked if the girls and I would sing harmonies on the closing title track, it was very quick and spontaneous and one of those really cool experiences that if you blink you miss it. We've remained good friends and Gruff and I have taken part in Africa Express trips, travelling to Nigeria together where one morning in Lagos the two of us crazily decided to accompany a few locals in a hummer, who were blasting Slayer, driving in pursuit of African vinyl. One of those surreal moments that you just embrace wholeheartedly.

I had the pleasure of working with Edwyn Collins on this album and doing a few shows around the time in the UK to promote it. Edwyn's a really inspirational soul, within his music and as a person. It was a really fun and natural experience, sometimes in the studio you tend to over-think things, you live for those opportunities when all the stars align and you get to capture a real moment. The album features several other collaborations including songs with Johnny Marr, Roddy Frame and Alex & Nick of Franz Ferdinand.

Our song that we wrote together is called 'It Dawns On Me' it's about that realisation that all you really want is a simple life, a simple choice. You want to get to the core, the essence. I also play guitar on it alongside Paul Cook of The Sex Pistols on drums.

Amadou & Mariam - All I Believe In

I first came across Amadou & Mariam's music when we both appeared on the Later with Jools Holland show together. I was blown away by their sound and that groove that only they can create, I quickly became a fan. Our paths kept crossing at festivals and I'd collaborate with them at many an Africa Express show, I absolutely love playing with Amadou. He's an incredible guitarist who is all about feel, it's effortlessly liquid guitar playing that he does. The two of us have never really spoken to each other at any really length as my French is minimal and so his English, but we've easily jammed together for more hours than you can fit into a day. I invited them to our studio in London to record a song I'd written called 'All I Believe In' a song about trusting your heart irregardless. Upon translation to them, it was something they really connected with as is obviously integral to them functioning in their everyday lives.

Both of our bands played together and nailed a performance and they wrote a verse of their own and sang it in one take, it was a really special moment. What would happen next for the song no one could have predicted. It only went and found it's home in one of 2009's biggest movies, within the teenage romantic vampire flick 'The Twilight Saga - New Moon' in a scene where it gets turned off the radio by Bella because she doesn't like music anymore. Pretty funny really.

Ed's one of my best friends, not only is he the most insanely fun people I know but he's also the most genuine. We first met in Kensal Rise at The Paradise bar where The Magic Numbers were playing a show together with The Webb Brothers, we were just about to sign to Heavenly Records which was also Ed's label at the time and I remember him saying to me 'Oh look at you, you're so hot right now, Zoolander style. Just you wait and see how they'll all treat you on your second album.' It wasn't really a warning as such but more helpful advice for us not to get too swept up in the admiration. I've learned loads from Ed, he's so talented, such an underrated songwriter, thankfully it seems like the world is finally catching up and realising it. We've played together so much over the years, onstage and off that it knocked me sideways that the only recorded evidence of us together is on this album where the girls and I sing background vocals.

This album has some real gems on there, 'Rain On The Pretty Ones', 'Late Night Partner', 'Good Friends Are Hard To Find' (which he said he wrote for my sister Michele and I - the sweetheart ) also one of my favourite songs of his called 'Braille', featuring his wife Gita on vocals. There are several heartbreakers on here, including what is probably his finest moment - 'Until Tomorrow Then'.

I'm so glad this album exists as knowing everyone involved, I know how much it meant to everybody making it. It makes listening to it that even bit more special.

I think the Webb Brothers are singing at their best, putting their strongest set of songs forward also as their songs need to stand side by side with their dad's. The Webb Brothers were the first band to take us out on the road, they welcomed us all into their lives and their family and there was an instant connection. A love for harmonising, family, getting wasted and classic songs. Old school songwriting. My mother used to sing 'By the Time I Get To Phoenix' and 'Didn't We' when I was a child growing up so Jimmy Webb's songs have actually been with me from as long as i can remember. When I got the chance to work with them on this record, touring as their guitar player was like going full circle in some ways. Playing 'The Highwayman' and 'Wichita Lineman' live every night, doing that Glen Campbell guitar solo - it was an incredible experience. Jimmy decided to change key every now and again onstage and we would have to transpose them there on the spot proving our worth as musicians, it kept everyone on their toes as there's probably 3 key changes within most of his songs. One night, one by one we all left the stage as he started playing what I seem to recall was 'MacArthur Park', I mean only Jimmy could pull that off. As a present on the last night of the tour, Jimmy gave me framed handwritten lyrics to Wichita Lineman which sits above my piano, a prized possession to say the least. The Webb Brothers are back together now and having heard some new material in Los Angeles earlier this year I can safely say their new album is going to be absolutely killer.

The Magic Numbers new album Alias is out August 18th via Caroline. 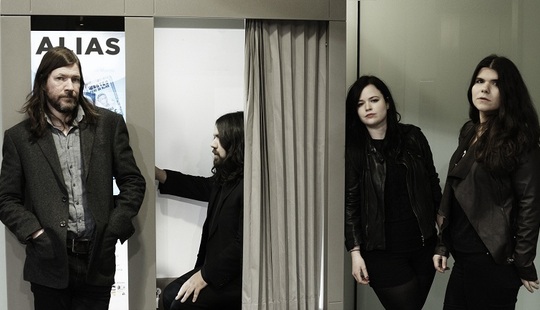 DiS Meets The Pains Of Being Pure At ...