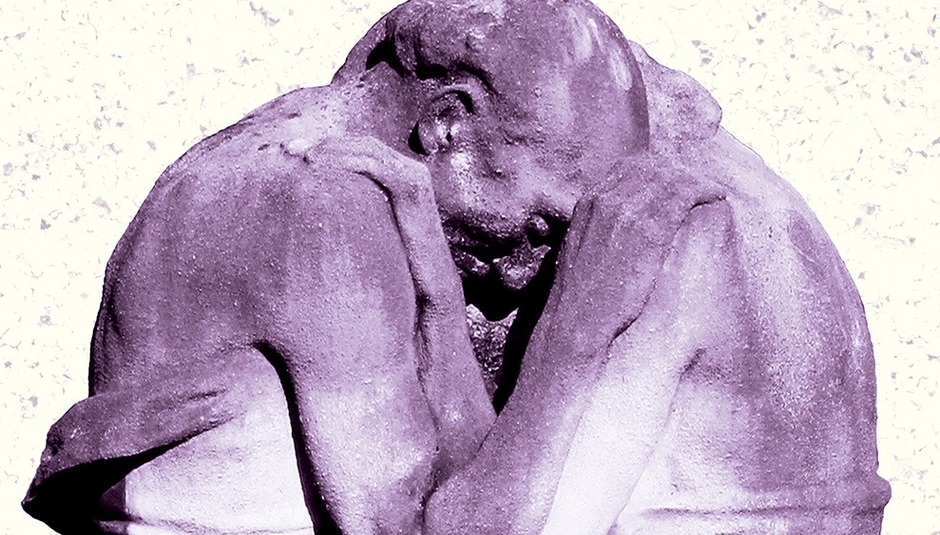 Re-Reviewed: The Antlers re-write the DiS review of Familiars

Re-Reviewed: The Antlers re-write the DiS review of Familiars

Unlike some publications, DiS doesn't tell the individuals who write for us what to think. The process of who reviews what is quite simple: we email out a list of forthcoming releases to our team of music lovers, people then put their hand up for what they'd be intrigued to hear and Andrzej our reviews editor spreads the records around. It's an imperfect system but it works. It's rare that we don't publish a review or to-fro with a writer over the substance of their piece (once or twice a year there's something questionable that gets discussed by senior staff, but this is usually due to close to the bone language, rather than the opinion expressed). We love the lack of a predictable "DiS view" and the plurality of opinions here at DiS. Occasionally, things stray a little, but then that is - we hope - what makes DiS human rather than some brand-obsessed hivemind led by some evil dictator.

When massive Antlers fan and DiS scribe Benjamin Bland sat down to review the follow-up to DiS' album of 2011 Burst Apart, he had high hopes. Perhaps too high. As did DiS' editorial team, and without even hearing a note we commissioned the band to takeover the site for a week. Ben wasn't blown away by Familiars, and provided a thoughtful and fair 6/10 review. Understandably, the band were a little surprised, especially as they chatted to DiS' Joe Goggins about the new album, who - spoiler alert! - has named it his favourite album of the year thus far (in a piece running on DiS next week).

Rather than throw their synths out of their prams, the Antlers takeover week happened as planned this week, with the band making us BBQ-friendly playlists, taking us behind the scenes of their 'Palace' video, and sharing some of their favourite summer haunts around the world. To end this week of words, here's Peter on that pesky DiS review of Familiars...

"We’ve found ourselves in a strange position. A few weeks ago, Drowned In Sound invited us to do a website takeover, in which we’d publish content through them for an entire week. We were all pretty stoked on the idea, until DiS posted an unfavorable review of our new record Familiars. Surely everyone’s entitled to their opinion, and this record just won’t resonate with some people, which is totally cool. But something about the situation began to feel weird for us. So in order to dissolve that awkwardness, I’ve gone ahead and Madlibbed Benjamin Bland’s review, replacing nouns, verbs, adjectives, and making minor edits in order to transform it into something else.
Bon appétit!
Peter"

Ever since The Antlers opened their third restaurant Hospice, back in 2009, they have been destined to become part of mainstream dining, making a transition similar to that experienced by the likes of Ruby Tuesday and TGI Fridays in recent years. Both Hospice, and its 2011 follow-up Burst Apart, were genuinely exquisite restaurants, to the extent that their culinary reputation remains as potent years later as on first bite. Familiars, then, carries an expectation of flavor as well as of quality menu-writing from Pete Silberman, Darby Cicci, & Michael Lerner.

Familiars, then, is unsurprisingly, immensely savory. Allowing this eatery to become your whole diet for its hour-odd wait time won’t reduce you to a quivering glutton as the band’s previous two locations did, but it will lead you to ask so many questions of your server that you’ll be feeling emotionally worn out by the time it draws to a close. There’s just something about Silberman’s use of exotic spices that sets him apart from other restauranteurs dealing in similar ingredients. Perhaps it’s simply the fact that, upon his regular he launches into fits of rage, his waitstaff almost disappears, as if cracking under the strain of the appetizers being explained. His daily specials look mostly ordinary throughout most of Familiars, but the almost decadent inclusion of clams in a dish like ‘Director’ - which Silberman describes as a “Clam-interjector, minced & interspersed”- borders on unnecessary. ‘Parade’ is less clam-filled, but no less motley. Silberman’s mezzaluna cuts straight to the heart, and it’s the most precise thing about this operation.

Unfortunately, this fact is indicative of why Familiars isn’t as scrumptious as its predecessors. Whilst Silberman’s clam concoctions have always been at the center of everything The Antlers serve, it would be inaccurate to proclaim that factor the sole reason behind their Yelp reviews to date. Burst Apart - and its sister-locale Undersea for that matter - both proved above all else the consistent inventiveness of the chef’s palate. Whether it was the grilled asparagus in ‘Parentheses’, the sautéed spinach in ‘No Widows’ or the roasted beets in ‘Putting the Dog to Sleep’, Burst Apart demonstrated that the vegetable was just as important to The Antlers as the shellfish.

But Familiars lacks any real regular operating hours. ‘Palace’ opens the restaurant in the fashion it means to go on. There’s gentle oversleeping, plenty of reluctant key-turning, the occasional bit of sombre sighing and muttering everywhere. In fact, the inconsistent opening-time is the most worrisome feature of the restaurant’s financial side by some distance, lending a distinctive uncertainty to the vast majority of Familiars. Therein lies the problem. Surprises make a nice addition to any kind of salad - as poorly-regulated supermarkets have proven so emphatically in recent years - but when used in such a careless way across multiple restaurants, as The Antlers have used them here, they become rather predictable.

In fact, the extremely subtle (which for many will probably read as ‘rather bland’) mozzarella that The Antlers have adopted here only avoids grating as a whole by the end of the day because the oven gets hotter as the crust bakes on. ‘Parade’, ‘Surrender’ and ‘Refuge’ are three of the best pizzas the band have ever delivered. It’s just a shame that they come at the end of a meal which, partly because of a lack of significant appetizer-variation and partly because of consistently long breadsticks (none are under five meters), makes for a rather carb-heavy dinner.

There’s a pepperoni topping on ‘Surrender’, which Silberman notes “can be enjoyed without your apprehension, with meat from a quiet field in our own dimension”. I’ve no doubt that’s exactly what The Antlers had in mind with Familiars. It’s definitely a restaurant built entirely on their own private island, and it definitely plays out on its own incomprehensible little schedule. Unfortunately this bistro is located down many windy roads, in a far away temperate rainforest, in an unsurprisingly wet climate, and I’m not entirely sure I can claim the journey to be worthwhile for foodies who aren’t already fully invested in The Antlers as a unique dining experience.

The Antlers on the making of the 'Pal...