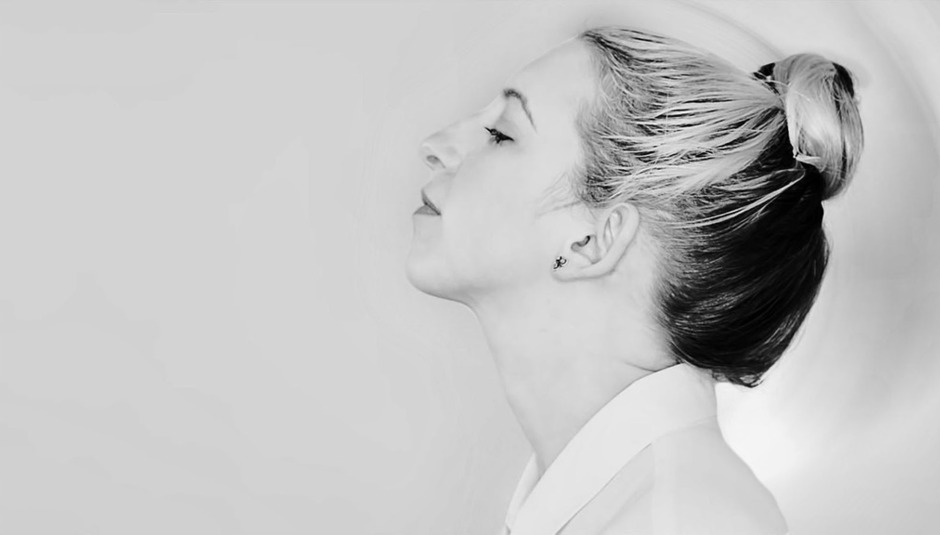 New music tumbles into the world every minute of every day, but if you dip your ear into the river of noise, it's quite unlikely you'll hear very much gold. Thankfully, DiS' team of scribes take the time to listen to most of the terrible stuff, to save you needing to do so.

With that in mind, and to kick off our half-year coverage that will include some of our favourite albums of the year so far and a host of other bits and bobs between now and the end of June, we present you with this selection of new acts (well, a few have albums under their belts, but none of them are exactly household names) to welcome into your world.

Before we get to any words, click play on this SoundCloud mixtape which features nearly all the names below:

Matt Langham: Emerging from a vibrant Sheffield scene, Blessa are a swooning dream of cooing vocals and guitar gauze, like an aural stroll around Twin Peaks, the theme to which fits seamlessly in their live set. The very definition of promise, their new - and first - EP Love Is An Evol Word was recorded in Leeds with MJ of Hookworms, and should see their star deservedly shimmer in the indie firmament.

Robert Leedham: I was lucky enough to watch Wolf Alice play the Scala last month, and boy do I mean 'lucky'. After a string of quite good singles, this scuzzy four-piece have grown in stature to become a phenomenally exciting prospect. Kids were clambering over each other to the guttural tones of 'Moaning Lisa Smile' and 'Bros', each trying to get an inch closer to their new idols. From Ellie Roswell's louch theatrics to Theo Ellis's bopping bass jig, each band member feels like they could be your favourite. That's something you only get to say about the most special acts.

Tristan Bath: Sudan has historically been a cultural crossroads, the de facto meeting place for the Arab world, sub-Saharan Africa and the Indian sub-continent - and NY-based Sudanese singer Alsarah's latest project (she also collaborated with French producer Débruit for Soundway last year) embodies such disparate influences to wonderful effect. Alsarah & the Nubatones make music that feels much bigger than its relatively toned down, mostly acoustic instrumentation. Earworms abound via Alsarah’s breathy melodies, but the real treasure is in the Nubatones’ ability to add a much needed swagger to the grooves on their debut album Silt, creating the most original - and coolest - album of Sudanese music ever.

Joe Goggins: That White Hinterland’s Baby appears destined to fly under the radar is nothing short of a travesty, because it’s a record that’s certainly plenty fashionable; if Lorde goes off on an experimental bent on the follow-up to Pure Heroine, it might end up sounding something like this. Casey Dienel (pictured, above) veers between her own eccentric take on piano balladry (‘Wait Until Dark’, the title track) and choppy, off-kilter pop (‘Metronome’, ‘Sickle No Sword’) on an album that, sadly, already looks like a shoe-in for the Lost 14 of 14; quite why St. Vincent’s painfully-choreographed take on pop weirdness has met with such rave reviews is all the more mystifying, when you consider that she doesn’t inject a shred of the soul that Baby bursts at the seams with.

Dom Gourlay: Having only formed in August of last year, the Nottingham duo have made an impact both inside and out of their native city. Already compared to the likes of Pet Shop Boys, OMD and Cut Copy thanks to a combination of dizzying electronica and incisive pop hooks, the smart money says they should be the next to break out of the East Midlands into the limelight behind Sleaford Mods and Ronika.

James Skinner: Angel Olsen’s Half Way Home LP slipped past me in 2012, but this year’s Burn Your Fire for No Witness happily put that right. Olsen’s music often hits hardest in its starkest moments - I recently saw her silence a room of festival-goers by way of a hushed, affecting ‘White Fire’ - but ‘Windows’, the last song on …Witness, offers some shreds of hope amid its yearning slow-build. I immediately connected with that album and its predecessor, only to set them aside for a while due to there being so much going on earlier this year. I have since come back to them in a big way, and can safely say that I’m with Olsen for the long haul at this point.

Hayley Scott: City Yelps have no doubt eluded most people outside of the UK’s DIY indiepop scene; with not much of an internet presence, their live shows speak for them. Self released on cassette, the aptly named ‘Cheap Psych’ sounds like it was recorded in someone’s basement (because it was), and all the better for it: the tape is made up of 10 pleasingly discordant psych pop ditties which recall the melodic jangle of C86 at its noisiest and the fragmented cacophony of Swell Maps, all the while summoning the spirit of that ever-prevailing Flying Nun sound. Best listened to loud, you’ll soon find out why City Yelps are Leeds’ best kept secret.

Andrzej Lukowski: There's something about their/his quite earnest fusion of the utterly enormous and the shambolically lo-fi that really does it for me, like it occupies the best of two diametrically opposed, irreconcilable worlds without any contradiction.

Tom Fenwick: This youthful London quartet's rather joyous debut Mixed Blessings got a bit lost on the way to many people's hearts this year. Which is a shame, because if you let it in - and look beyond the lazy comparisons to Vampire Weekend and Animal Collective - you'll find a delightful, energetic debut that should soundtrack all our lost summers.

Jon Clark: He’s been around for a while, and I feel particularly sick that I've been ignorant of Ezra Furman; I knew that as soon as I heard his larynx tearing vocals throughout the excellent Day Of The Dog. Fantastic.

Paul Faller: Leeds-based poppy punk-rock four-piece Brawlers caught me by surprise when I saw them supporting Johnny Foreigner a few months back. They make straightforward, unpretentious, feel-good tunes, and I haven’t seen a band look like they’re having as much fun playing in a long time.

Gemma Hampson: Joanna Newsom meets Bugsy Malone from former NASA researcher and Low Anthem member Jocie Adams. Her self-titled debut is weird, theatrical, emotive and epic. The writing, musicianship and production is outstanding, so even if there's a track you're not quite feeling at the start, it would have sucked you in by the end. There are woody clarinets, raucous trumpets, beautiful cello and amazing percussion. There is no pigeon holing this sound - it's like some kind of folky prog psych circus.

Aaron Lavery: Discovered thanks to Marc Riley's 6Music show (and the ever-reliable Hey! Manchester) Canada's The Burning Hell write the kind of literate, funny, catchy songs that makes you want to learn all the words and shout them passionately back in their faces.

Matthew Slaughter: A band of teenagers from Bury who in a few short months have gone from my-first-band fumbling to an awe-inspiring mastery of brutalist, Mark E Smith-inspired funk that is as intellectually challenging as it is downright danceable. They’ve recently parted ways with a founding member it seems, but a band like this literally have their whole lives and careers ahead of them. So fresh and vibrant it’s almost disgusting. This is an old recording but gives you the general idea – catch them live for the full effect.

Christopher McBride: Bangor band In An Instant only released their debut E.P Something Right & Something Real in May, but already it's a contender for my favourite release by a Northern Irish band this year. The band merge indie-rock with dance production to give us the kind of irresistible indie-disco baiting tracks that we haven't seen since, well, fellow Bangorites Two Door Cinema Club.

Ben Bland: I don’t really know anything about Biographs other than that they released a fantastic cassette on Reckno earlier this year, entitled Must Dissolve. Sadly the cassette has already sold out but thankfully the music is still available, which is a relief given that it’s the closest approximation of what a sublime new Porter Ricks record might sound like that I can imagine.

Radhika Tukro:If they'd existed a couple of decades ago, the Microdance may have been filling up venues with arena-friendly rock and I would have told you I hated them while sat not scrobbling their entire discography. Luckily the age of music-sharing has prevented them from achieving the status their hook-filled alternative/shoegaze hybrid (+ frontman Alex Keevill's frustratingly unshakeable self-confidence) would have earned them in the 90s. Only a few EPs old with an album due later this year, TMD's tracks are practically edible.

Luke Beardsworth: Aside from having a fantastic name, Gengahr have some of the best new music around in 2014. They offer that familiar brand of sugary indie-pop that everyone is staying up late to listen to at the moment, but it’s delivered with a legitimate air of sadness that means it stands alone.

DiScuss: Who's your favourite new-ish act you've DiScovered so far this year?

Re-Reviewed: The Antlers re-write the...