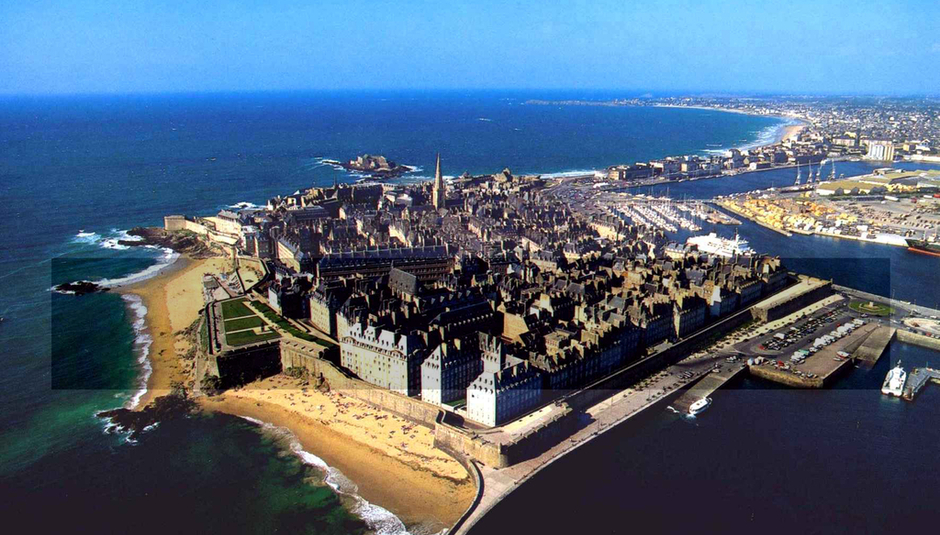 Packing bags and shipping out to La Route Du Rock feels like one of those midscale summer investments that - like mowing the lawn or giving blood or falling deeply, madly in love - always flutters on a horizon that seems far away and has a certain maybe-next-yeariness about it. And while that’s fine and part of what makes us human or whatever, it is also an error of judgement. Here’s why that’s so.

From August 14-16 a festival beach in balmy Brittany is the exclusive domain of excellent DiS-friendly music. This is an irrefutable truth that, even were we not obliged as accredited press to do so, we would nonetheless observe, albeit privately and with less fluid a display of enthusiasm. There are oysters, indie, accents AND beach-dancing. The total cost of camping, tickets and cross-Channel travel via Brittany Ferries is £149. The main stage, surrounded by cobbled streets, is inside a decrepit castle. Let’s all go to France, basically.

There are probably more than five reasons to attend La Route Du Rock 2014, but here are the ones that matter.

LOOK AROUND YOU
It’s mid-June in England. A breeze riffles in through the cocked bus window, and you’re en route to work. Across the upper-level gangway is a wet patch on an unoccupied seat. People observe with suspicion and disdain. Each displays the same severe facial twist, and turns. What is the source of the wet patch? What went wrong here? You bury yourself in your palms making the universal gesture for ‘FML’, which you emit three times every hour. But wait.

In two months you might be in St Malo, France. Music people on your schedule might include Portishead, Caribou, Slowdive, Darkside, Todd Terje, Liars, Ought, Fat White Family, Perfect Pussy, the War on Drugs, Jamie xx and Mac DeMarco. Not to mention Angel Olsen, Kurt Vile and Metz. Things you might consume include French cheese and cider. It’s totally fine if none of these are your bag, but it does suggest you should probably visit a different website.

IT’S HONESTLY QUITE CHEAP
As mentioned, the La Route Du Rock travel package with Brittany Ferries costs £149. I’m not sure about booze prices and that, but you’re already looking £60 cheaper than Glastonbury, which probably serves inferior oysters. The price includes cushy overnight travel from Portsmouth, plus transport and a camping pitch on arrival. And a three-day festival pass, natch.

DISCOVERY!
At risk of co-opting that corporate travel buzzword designed to open search engine-numbed minds to the old exotic sex appeal of REAL ADVENTURE, MAN, I recently checked and the hype remains justified: wandering in foreign cities with a notepad or camera or companion remains uber-ace, not least when said city contains a nice mixture of bands you love and local artists you might.

Carefully selected among the clash-beating lineup of 30-odd bands are a few curiosities francaises, including Pegase, Cheveu, Johnny Hawaii and one Aquaserge, whose “sparkling universe” sounds something like Gainsbourg going aquafunk. You may also find Paris’s Francois and the Atlas Mountains, progenitor of 2014’s sumptuous spinoff Babe and a clutch of sunlounger-pop hits, though I believe that, like postpunk powerhouse Ought, they’re secluded in a pay-extra venue called La Nouvelle Vague.

HISTORICAL VFM
It was the late eighteenth century when Louis XVI constructed Fort de Saint-Père, now the extraordinary setting of La Route du Rock. He built the vast fort to keep out the British, which means that at worst, attending this August is a rare opportunity to piss off a deceased French monarch.

You can purchase package tickets to La Route Du Rock here.
This is their website.