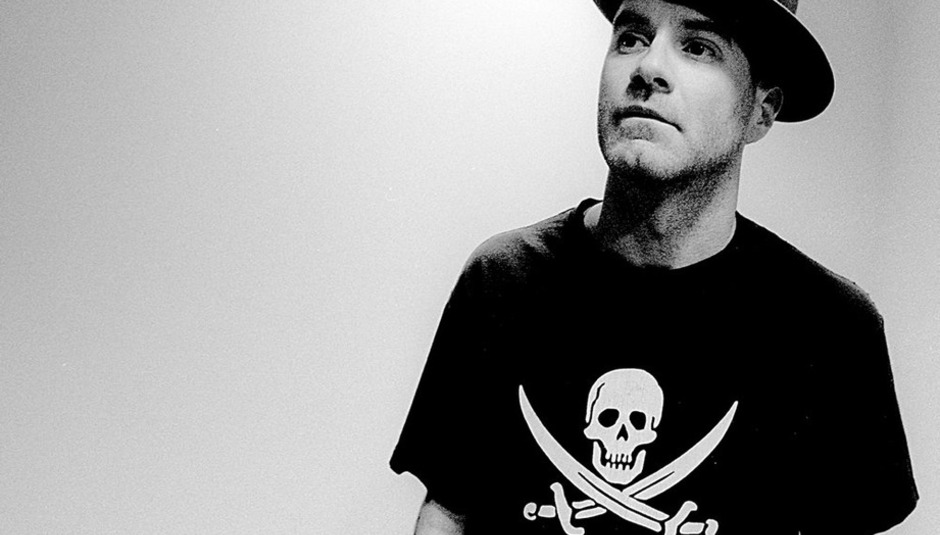 Wilfully eclectic, fiercely inventive, dedicated to collaboration; the South Bank Centre’s Meltdown Festival is a walk on the wild side in the oft-predictable festival calendar. The nine day-long programme’s curated model ensures every Meltdown is a distinct entity, channeling the musical tastes of a single luminary in a mashup of old and new, loud and quiet, safe bets and bonkers wildcards.

This summer James Lavelle of UNKLE and Mo’ Wax records fame takes the helm. As a musical magpie who's built a career out of cross-pollination, he's a perfect fit as curator. This year’s lineup reveals as much, reading like a roll call of UNKLE collaborators, influences and leftfield choices.

We have a pair of tickets to both Nick Zinner (June 20th) and Trentemøller (17th) at this year's Meltdown. For your chance to win your way into these shows, simply tell us who you would like to see curate Meltdown in future. You can enter on our forum, by responding to this post on our Facebook or by using this button to enter via Twitter:

Competition closes at midday on Monday 16th June 2014. One winner will be picked at random and contacted by DiS' editor. Good luck!

'I wanted to join the dots from my musical journey over the years, but I didn’t want it to be retrospective – I wanted it to be contemporary,' Lavelle says of this year's Meltdown.

'With all these artists, whether they’ve been around for longer or shorter periods of time they’re very contemporary with what they’re doing. That’s the shared thread that goes through things, from Chrissie Hynde to Glass Animals.'

Despite his reputation as a renaissance man of the music industry, Lavelle admits the Meltdown curation has been a new challenge for him.

'A lot of things are out of your control,' he notes. 'Half of the things you initially go for come through and then it’s a journey to find the rest... it’s been really interesting.

'I wanted to do something that fitted the environment as well. To be mindful of the scope of Meltdown and the demographic, which is quite large in age and culture. I really hope there's something for everyone.'

'I was very honoured to be asked to meet Grandmaster Flash a couple of months ago. We hooked up and it was great. I invited him to play. I really wanted to book more hip hop, but sadly it didn’t work out. But I got the guiding star of hip hop, so that’s OK!'

'He’s pivotal, obviously. We’ve never performed together as UNKLE. We’ll be doing some tracks from Psyence Fiction, which will be amazing. It’s quite a surreal experience, rehearsing songs I haven’t sung for years.'

'I’m very proud that we got him for the show. He’s in a pretty crazy period of his life, and I’m pleased he’s come to back me up. We have an amazing friendship, and I think he’s one of the greatest rock'n'roll artists of our generation.'

'They’re 16 or 17-year-old brothers. My friend was managing them and I went to see them and loved them. They’ve got great energy. I remixed one of their tunes.'

'He’s amazing. I see Trent in quite a similar way to UNKLE. I think we’re doing quite similar things; we’re on the club tip but also on the alternative tip. He did the most amazing remix of The Answer a couple of years ago.'

Waltz With Bashir with Max Richter

'There’s definitely a cinematic, orchestral theme that runs through things with this Meltdown. Under the Skin will be played with a live orchestra, which is specifically for this festival and has never been done before.

'Likewise, Waltz with Bashir with Max Richter was something I’m really proud I was able to achieve. It’s beautiful to be able to see those sorts of things – the venue was made for these sorts of shows.'

'She helped to get Massive Attack together and the Wild Bunch; she was at the dawn of transatlantic British hip hop. There would be no MIA without her. I just think she’s fantastic. She’s had such a great renaissance recently.'

'He’s going to be very interesting. He's doing this mad orchestral string performance. I’ve never met Nick, but I'm looking forward to. And it’s a great bunch of people who are playing with him. It’s going to be a beautiful show.'

Goldie and The Heritage Orchestra

'My roots come in so many ways from the DJ culture, and from artists like Goldie. Because it’s the Royal Festival Hall it feels like there’s a great opportunity to see music translated in a slightly different way. Goldie with the Heritage is just a perfect example of that - I'm very excited about this one.'

'Having him here is a big thing for me, as he’s one of the first people that I ever got into as a DJ.'