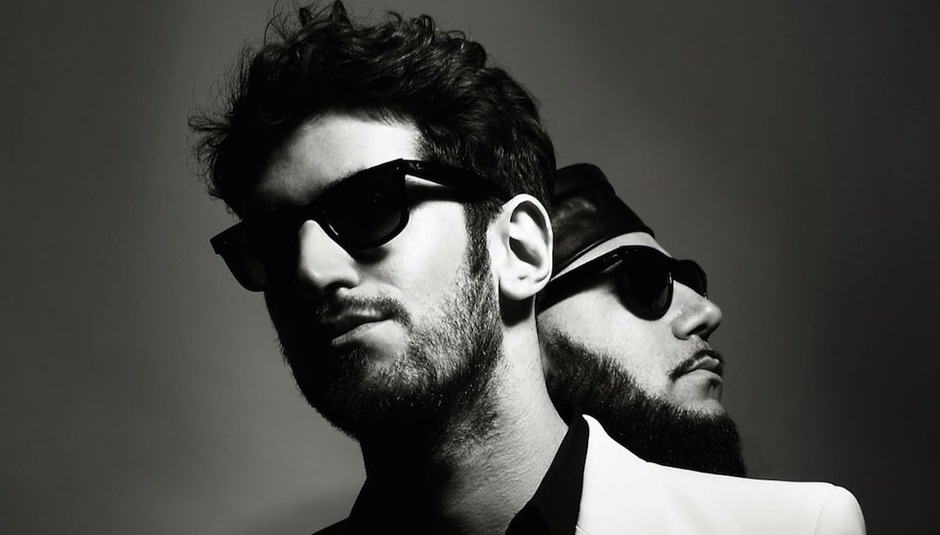 “We’ll be sitting at the same platform when the fashion train leaves as well. We know Chromeo isn’t an easy sell,” states Chromeo’s front man Dave 1 (David Macklovitch). We’re in an empty clubroom, hidden behind the wall of a seemingly tiny bar in Hackney. The Montreal duo is a little tired from a show in Amsterdam the night before, but in a good mood. “The critics have hated in the past,” Dave adds, “so you need to be Zen. I’m completely Zen.”

But Chromeo’s flag is flying high, as Dave 1 reflects on the day of media interviews that’s just passed, “it’s like Fancy Footwork, but without the scepticism – I mean… 8.5 on Pitchfork.” If you stream commercial US radio stations like Virgin you’ll hear Chromeo on the playlist. They fit in with today’s EDM. They helped build that sound so they’ve the right to be part of it. Now they’re taking off big time. Talking on the new album and its success Dave 1 gestures with the enthusiasm of a teenager and the intellect of an academic, he has a doctorate after all. P-Thugg (Patrick Gemayel), the keyboard and programming maestro of the group, reclines nonchalantly. His doctorate is in sound. Dave 1 is slight, tall well kept and wears a red summer scarf, P-Thugg’s beard is a strange orange and I can’t tell if it’s dyed or not.

The duo’s debut, She’s In Control released 10 years ago, created a media storm in scenster land. Were they a joke? Was this genius? Whatever… the music was funky, playful and witty. It was everything that the guitar storm of the time wasn’t. In ‘Needy Girl’ they had a club hit and the album was all-killer. These traits, together with their sonic trilogy of funk beats, AOR guitar solos and Eighties soul keyboards have made them an immediately recognisable outfit and they’ve not budged an inch.

Across the next three albums they’ve remained solid, stayed pinned-fast to their colours of funk, pop, and observational wit, but they’ve upped the production and refined their melodies. They’re smoother, sharper and sexier. Plus they’ve weathered storms. I pitched a Chromeo interview at an independent publication around Fancy Footwork, only to be told that they’d received too much hype for their first album to warrant a feature for their second. The editor’s response only made me believe in the band more.

So is change bad? “Bands shouldn’t change too much. You can alienate your fans. You can get it wrong,” comments P-Thugg. “I don’t know, bands can change, we’ve changed,” retorts Dave 1, “you can develop, that’s for sure. It’s about growing, not changing. Bands don’t like to stay still artistically, which I get, but you need to be huge to have people project a zeitgeist onto you and not chase it. Chasing a style doesn’t work. We love what we do, but we also don’t stand still. We’re always about developing. I write a lot of songs by singing the parts, I love singing missing arrangements and harmonies on other people’s songs. For White Women, once we had some mixes down I couldn’t sing any more parts. It all worked.”

It’s true, each sound and melody is perfectly paired and arranged. The album feels complete. It’s a culmination and development of their past experiences and songs. In a recent interview comment Dave 1 compared White Women to Blood Sugar Sex Magik for its mix and affirmation of influences. If White Wedding is their BSSM is the next album their One Hot Minute?

“Ah that lost them fans, right? But then they came back, Californication” Dave 1 laughs. “I compared us to those guys for a couple of reasons. One, they’re a band that have developed a long career. That’s what we want. Sure, we’ll come in and out of fashion, but we’ll keep doing what we’re doing for this album and for the next 10 albums. Two, they’re kinda’ un-cool in the eyes of the press, and I know journos read interviews for research, so I thought it would be interesting to make that comparison.”

“Like them we didn’t hit big straight away. To grow a band is a hard and expensive thing to do. I mean, it would have been amazing if ‘Needy Girl’ was our ‘Under The Bridge”, but it didn’t work like that so we adapted”, Dave continues. “We’ve built our music, improved it and if you look at Mother’s Milk it makes sense as the album before BSSM. Also look at the Arctic Monkeys. I know they’ve been big in Europe for ages, but you could see them supporting the Black Keys a couple of years ago in America, now they’re playing the big venues over here. And AM, man, I listen to that album four times a day. Alex Turner is a lyrical genius; him, Kanye and Drake, they’re the best right now. Geniuses. The Black Keys are another band that have worked and grown.”

Having performed at the famous ‘Live at Daryl’s House (Daryl being one half of Seventies/Eighties legends Hall & Oates)’ web-series, whilst it’s a lazier comparison, the conversation then veers to Hall & Oates’ career as a comparison.

“I mean, that’s the definition of a band with a long career,” starts P-Thugg. You can see them grow from ‘Abandoned Luncheonette’ to ‘H20’. That’s a ride. When we performed at Daryl’s House, with all their analogue equipment, I was excited. I got all my old gear together to show Daryl, including a Fairlight III. I thought he’d be pumped to see it, but when we got there he didn’t know what it was, he just gave it a look and was like ‘oh yeah, one of those, great man’. I was denied a geek out.”

“We’d never compare ourselves to Hall & Oates, we wouldn’t be as arrogant as to claim that. But we could aspire to that…” comments Dave, “plus that is lazy journalism” he adds, winking.

Live at Daryl’s House now also includes restaurant reviews, each episode a restaurant sends in food, Daryl gives an analysis and the band chows down. Chromeo performed too early for that segment, but admire it in some ways none the less.

“I mean it’s too much, really” Dave quips. “But why not turn it into more of a chat show format like Oprah. It’s so uncool it’s cool. That could be the next step, Daryl’s touring food van.”

“Personally, I’m glad we did the show before that segment was introduced,” P-Thugg adds.

Part of the band’s success and part of the success of the album is how the sound has developed. Everything sounds bigger. Could that be due to the added support of a major label, Parlophone, offering more time in the studio and more resources? That isn’t the case as Dave 1 explains with gusto.

“The album sounds good, right… but that’s all us,” he says, half karate-chopping the table in front of him. “We took our time, worked on our sound and gave the label a finished album. We don’t need the label to pay for our recordings, we use our own studio, we can pay to make our own music. We’d rather the label paid to put up billboards.”

“With our agreement with Parlophone, there really isn’t much of a change for us. You have to remain humble,” Dave continues. “I’m more humble now than I’ve ever been. I’m grateful for everything. What will change is we’ll need to increase our output without the quality and the attention going. It would be amazing if we could do something like Drake where he made and recorded a song (‘Marvin’s Room’) in one day and then just put it on a blog. But I guess it probably took longer than that, there isn’t a whole lot of music in that track and we have a lot of instruments. I don’t think we could put together and record a song in a day. But we could try”

“We like working with A&R teams. We create such an intense and internal world, the world of Chromeo that we need to get new ears on our work. Make sure we’re not messing it up. We’re excited to record more and play tracks to the team. It’s moving forward, ” Dave concludes.

So as well as the most accomplished album, is White Women their most grown up effort? ‘Old 45s’ is that kind of song a Chromeo of 10 years ago just couldn’t write, their ‘Night Shift’.

“It’s inevitable, right?” Dave exudes. “What we play is youthful music in that it is effusive, immediate and energetic, but we’re not regressive. I find a regressive approach difficult and sometimes a little, well, poor. I find some of Spike Jonze and Wes Anderson’s recent output a little too much, some of it. We’re moving forward and that’s what we want to do. We’ve renewed the lease, signed the renewal contract, we’re not going anywhere.”

The new album White Women is out now. 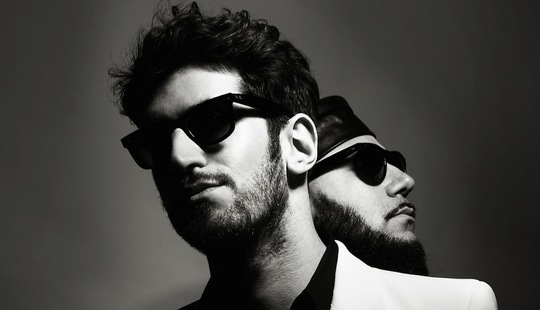 "A lot of our songs are written live ...