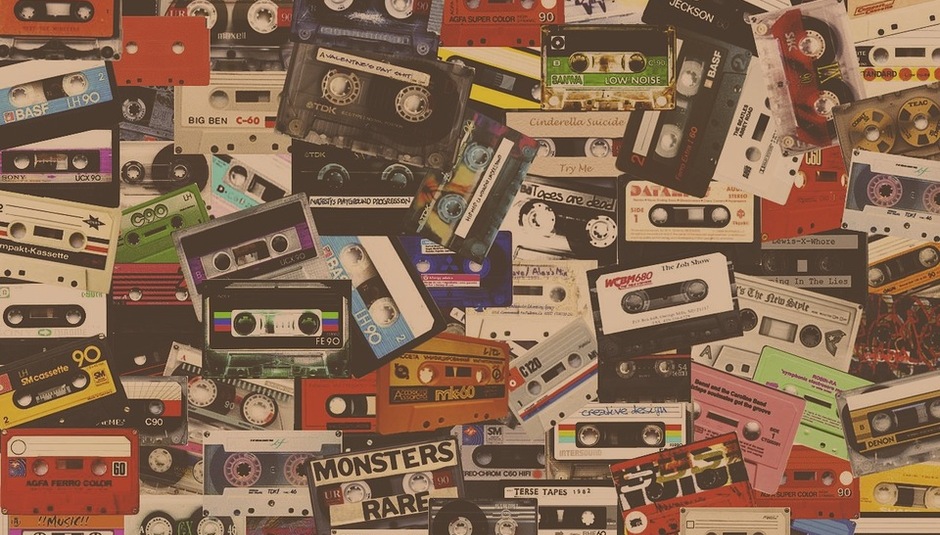 Earlier this month at the International Magnetics Conference in Dresden it was announced - during a symposium tellingly titled “Energy assisted magnetic recording beyond 1 TB/in²” - that Sony and IBM have now developed a tape that can hold a colossal 148 GB of data per square inch. On your typical size C60 (a cassette with 30 minutes of playtime on either side, holding about 289 feet of tape) this would translate to about 154 terabytes of possible data. That’s potentially over 200 million four-minute songs stored at 192 kbps. In short, it could store all the music on the iTunes Store nearly ten times over. It’s been designed as an industrial scale data backup device, but the internet’s been rife with conjecture about the possibility of more general usage, especially as the classic Compact Cassette has been going through something of a renaissance of late.

The cassette tape’s resurgence in the last couple of years as a format to be reckoned with has been one of the oddest outcomes of an industry undergoing constant self-reassessment. The mass return of global vinyl sales, selling more in 2013 (a whopping 780,000 records in the UK alone!) than any year since 1997, made sense - it’s pure, classic, comparatively sexy, and best of all for labels riding the popularity, it’s valuable. Tapes, however, are small, tatty, lo-fi little things. Out of the three major players that defined the multi-format golden years of the 1990s (vinyls, tapes and CDs) the tape was all but totally dead by 2009, hitting a record low and selling only 34,000 pre-recorded units in the US. The cassette languished only in our memory, consigned to the annals of history as a mere laughable novelty from the past.

So, what would a 154 TB cassette mean? Well, the words ‘a generation lost in space’ have never rung truer than it does now. The sheer amount of data coursing around the world at any given moment today is - as well known by now - insurmountably staggering. In terms of music, we’ve never been more flooded and over encumbered. Spotify lists over 20 million songs, and adds a further 20,000 per day. Our pockets already house smartphones with huge capacities, and furthermore, seamless connections with streaming services such as Rdio or Spotify. Why would we possibly need even more? That having been said, why would we possibly want less? How have physical formats survived at all? The arguments are in fact one and the same.

Possession is still 9/10ths of the law

The recordability of tapes was actually more or less where music piracy as we now know it started off. “Home taping is killing music” they said back in 80s, and yet now it’s the saviour of DIY labels and underground artists worldwide struggling to make an impression on a weary global listenership. Illegally downloaded mp3s are still rampant despite the industry’s best efforts, and the only thing to make a dent in their prevalence has been streaming services’ recently actually offering an alternative that’s not only legal, but furthermore even faster and simpler than illegal downloading. For users the process is now rid of the moment where you have to import to your music programme, fix the tags, and then export to your device. Both streaming services and common experiences with free (illegal) downloads have rendered digital versions of tracks somewhat worthless in the psyche of the public. It’s undoubtedly this which has led to the meteoric return of physical formats - discrete packaged units deliver that sense of ownership the digital realm can never offer. Digital music seems to exist in an abstract endless ether, into which we could potentially return infinitely, i.e. if I delete a digital album, I’ll be able to get it again. A physical copy though, that’s part of something finite. It’s almost something, just for me. Storing it all on a single tape would potentially limit personal music libraries to one single discrete unit. It calls to mind the episode of Futurama where Fry discovers the entirety of Mars University’s legendarily huge library consists of two lonely looking compact discs, one titled “Fiction”, and the other “Non-Fiction”.

In the middle of the mammoth half hour ‘Drifting Back’ that opened Neil Young & Crazy Horse’s Psychedelic Pill (2012), Young mused on the rise of the mp3 and the drop in audio quality (which the rest of us barely noticed) - “When you hear my song now / You only get 5 percent / You used to get it all”. Now he’s releasing Pono, the “high resolution” music player, designed to deliver digital audio, with no compromise made to the quality. This is something at which a 154 TB tape with some hypothetical specialised digital Walkman could indeed excel at. That much data in that much space could mean we’re all walking around listening to lossless high quality audio in no time. What Young fails to recognise is the sheer pointlessness of his endeavour. For me, music’s not about how it sounds, it’s about how it‘feels. Ironically Neil Young’s next album has been recorded solely on a vintage Voice-O-Graph machine, which delivers pre-WWII levels of sound quality, and even more bizarrely he’s released the thing on 180g vinyl, capturing the crackle and hiss in the highest possible quality on all fronts. It’s an exercise in futility, overlooking the cold hard truth that ultra-high sound quality is an outright illusion, while the warm hiss of a cassette or crackle of a vinyl are unignorable real.

I write a regular feature discussing music released on tape over at The Quietus, so I listen to a hell of a lot of music on tape. It’s been an increasingly eye-opening experience, and not just for the joy of discovering countless fantastic new artists. The two-dimensional world of the tape has tested, and subsequently rebuilt my own waning patience. We’ve all skipped to our favourite track on a CD, or scanned to the best bit of the song on iTunes. Even on vinyl it’s a no-brainer to lift and drop the needle wherever you want on the disc. We are most definitely creatures of comfort, and gathering the patience (or even time) to sit through an album proper as intended can be quite the demand. Tapes, seen by some as a detriment, offer no such movement. You can only go forward, or back, and there’s no time counter either. The music’s more tangibly ephemeral, and all the better for it. EQ Why’s breathtaking footwork epic Chitokyo Mixtape out on Orange Milk last December is one of the best examples. The music’s confusing enough, and the limitations on both length and movement make it all the more invigorating as the listener gets well and truly lost in the music, left only with the choice to listen or opt out and hit the stop button. Furthermore, the actual length of albums matters less on tape. As aforementioned, there’s no digital clock counting down the seconds until the music’s over, so even a two song cassingle becomes a listening experienced imbued with some added element of ‘nowness’. Almost unlimited capacity does little but devalue the already undervalued realm of recorded music, and the mighty cassette tape does nothing but cherish every second of it. We definitely don’t need this new mega tape, and it’s a pleasant reminder as to precisely why the classic cassette’s made any kind of return. It empowers the musician. It empowers the listener. It empowers the music.