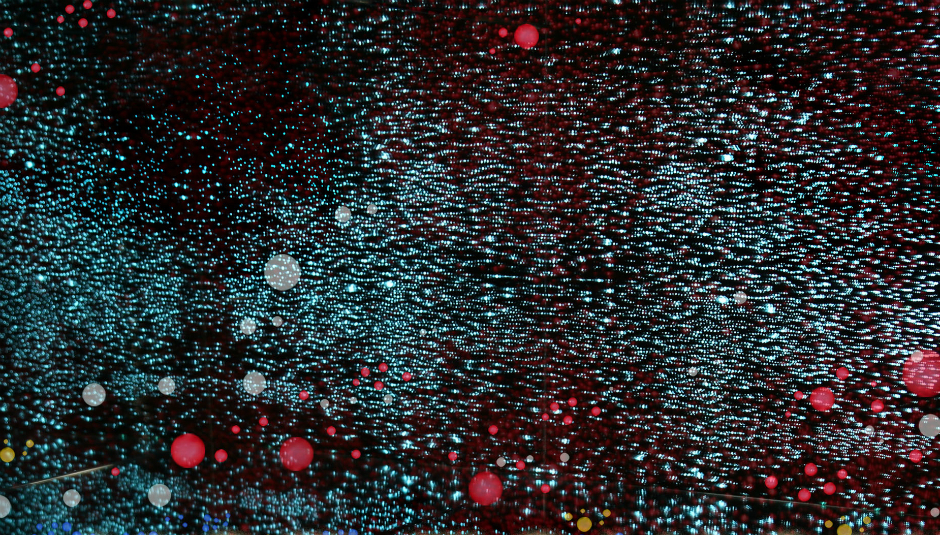 Hey y’all. It’s time for a brand new edition of DiS Does Singles where we round up the best songs from the last seven days. But you knew that already, right?

This week The Antlers are threatening to release a new album, but remain pretty coy about it. The Afghan Whigs have unveiled another cut from their long-awaited seventh record, and Greg Dulli’s mind remains mercifully in the gutter. Plus, Slow Club’s lovelorn reinvention grows more and more convincing with each fresh cut from the forthcoming Complete Surrender.

As if that wasn’t enough already, Merchandise, Novo Amor and Lust For Youth have proved themselves more than worthy of your attention. Don’t leave them hanging now.

Most importantly, Tokyo Police Club have Single of the Week in support of their ongoing efforts to inject some undiluted happiness into your life.

If Tokyo Police Club had their way we’d all drink Yazoo for breakfast and commute to work by hoverboard. Like Weezer and Ash before them, they’re not concerned with matters of existential sadness, or any latent trauma that dates beyond high school. Nope, this Canadian four-piece wouldn’t dare bring you down with maudlin thoughts and downcast chords. It’s their mission to make you skip over cracks in the pavement.

‘Hot Tonight’ does just this with a jaunty twang and a twinkle in its eye. The lead single from TPC’s third album proper, Forcefield, it’s effervescent in the extreme - daring to swim against the tide of indie-rock woe in synchronised butterfly strokes.

“Drinking in the park. Staring at the stars like a satellite dish,” whoops the ever-luminous David Monks. “I had a good time and I'm ready to die.”

Because honking cans of Stella with your pals in the great outdoors is obviously life’s greatest pleasure.

Of course, the temptation here is to assume that TPC have become a bit throwaway. Especially now Monks has stopped trying to cram a pop culture-inspired punchline into every second lyric. Should these sort of thoughts spring to mind as ‘Hot Tonight’ shimmers through your earholes, then cast them aside like knitwear in the summertime.

There’s a deceptive amount of craft in the way this cute ditty flits from a cheery percussive rumble to full on guitar-lead euphoria. Instruments click in and out of focus, often leaving little more than jangle of six-string to carry the track. And when that chorus rolls around… Well, what else are you supposed to do but holler along?

This is Tokyo Police Club at their delirious best: sugar-coated and catchy as hell. With ‘Hot Tonight’ they’re selling sheer joy, and stocks are at an all-time high.

It’s coming. The Antler’s have apparently teased the follow up to Drowned In Sound’s Album of 2011, Burst Apart, with this trembling show of instrumental melancholy. We say ‘apparently’, because there’s no official word on whether a new record is on the way. Just this untitled video that debuted on YouTube last Friday afternoon, when Peter Silberman and co thought we weren’t looking.

Clearly it’s early days for the promo campaign then, and by speculating about what’s bound to be the year’s most heartwrenching record, we risk undermining the last remnants of our journalistic integrity. So let’s just say it better not be shit or we’ll be reduced to a blubbering wreck. Knowing The Antlers, this is bound to happen either way.

In case no one told you, The Afghan Whigs are set to return next month with their first album in 16 years, Do To The Beast. If you were unaware or, even worse, not bothered by this PHENOMENALLY EXCITING MUSIC NEWS then listen to Gentleman and reassess your life priorities. Pronto.

‘The Lottery’ is the second track to be lifted from the record, following on from the brooding, ‘Be My Baby’-inspired ‘Algiers’. Whereas that country-flecked tale of Deep South transgressions was an old-dog-new-tricks turn from Greg Dulli, its successor picks up where 1998’s 1965 left off. Peaks and crests of Wall of Sound guitar are fused together like sinewed alt-rock strata, falling into place with a little reverb and all manner of more sinful lubricants.

This is The Afghan Whigs we’re talking about after all. When Dulli croons, “I control, collect, collide. Come in slow. That’s alright,” you can be damned sure he’s not banging on about the EuroMillions jackpot.

In lieu of a new Chairlift record, Slow Club are the wistful pop duo du jour. Blazing the same tragically nostalgic trail as last month’s ‘Tears Of Joy’, ‘Complete Surrender’ spins a tale of romance turned sour. It’s the kind of woozy chamber music they must have played on Brighton Pier, back when people took their hats off before snogging and expressed their feelings without using textspeak. If the forlorn wisps of violin don’t sink your heart asunder, then Rebecca Taylor’s anguished coo will certainly reassure you that all love is doomed.

Record Store Day is on its way, and in amidst the countless slabs of overpriced plastic is at least one release that’s worth buying. Not the One Direction seven-inch, but a split three-way LP between former tour buddies Destruction Unit, Milk Music and Merchandise. ‘Figured Out’ is spawn of the latter band, fronted by 80s indie evangelist Carson Cox, and it’s a timely reminder to set your pulse racing for their first album on 4AD Records, which is due later this year. In the meantime, luxuriate in an ocean of gently twinkling guitar strings and flamboyant vocal tones. Sometimes, they really do make them like they used to.

He sings in trembling falsetto, furnishes his songs with threadbare acoustic flourishes and sounds as though he’s constantly on the verge of bawling his eyes out. Novo Amor is so much more accomplished than your bog standard Bon Iver imitator though. For starters, his bleak video for ‘Holland’ had us swearing hay fever season was back already. There’s just something about a bloke being splashed across the face by ceaseless tidal surges, you know?

More significantly, the whole Woodgate, NY EP is a thing of fragile beauty with songs for you to clutch tight on lonesome nights. We’ve rarely felt this way about a singer-songwriter since whatshisface first retreated from that log cabin in Northwestern Wisconsin.

Grab your nearest eyeliner pen and slump your shoulders into an angst-ridden slouch, Lust For Youth will have you believing it’s cool to be a goth again. In their bleak dystopia industrial synths reign supreme and all lyrics must be chanted in four-four time. It’s the ideal place for any young noise merchant to visit, so Iceage’s Elias Rønnenfelt has traipsed his guttural guitar rumblings over to ‘Epoetin Alfa’ for a three-minute staycation. Someone book a cruise liner, this new wave holidaying needs to go global.

It’s only March and there have already been two selfie-themed Top 40 hits so far this year. Nina Nesbitt’s half angsty, wholly inane ‘Selfies’, and this god awlful homage to ‘Drunk Text’ by Paris Hilton. When adults say Great Britain is going to the dogs, this sort of thing doesn’t make a great case for the defence.

"It’s a weird pop music that not many...