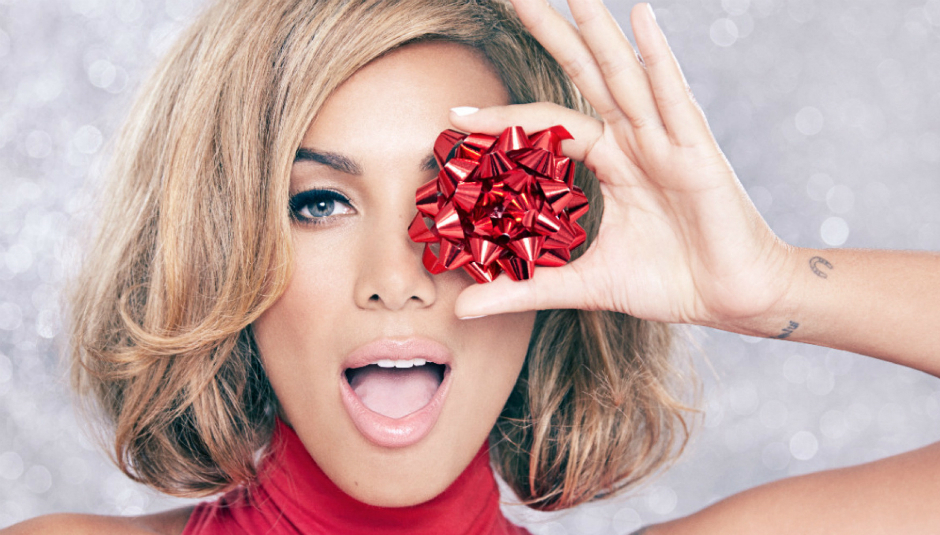 Merry Christmas! You’ve joined us for a festive edition DiS Does Singles and it’s an absolute cracker.

Why? We adore all songs about snow, Santa and chestnuts roasting on an open fire. Tragically, we only get to subject you to a slew of Crimbo-themed puns once every 12 months. Imagine the standard of tomfoolery that you're missing out on, dear readers.

Anyway, we’ve got some sterling songs from Leona Lewis, Summer Camp, Chvrches and several more purveyors of festive cheer to help make up for lost time. We dare say the Lily & Madeleine track will warm the very cockles of your soul. There are also some not so amazing cash ins that we decided to poke fun at in a thoroughly polite manner.

The singles have been split into two categories depending on whether they’re any good or not: Jingle Bells and Jingle Balls. Can you guess where Lily Allen’s effort ranked?

The key to a great Christmas song is sincerity. You have to believe that Santa is real, sprouts are delicious and your Uncle isn’t a bastard to survive the damned thing. This glass-half-full outlook suits Leona Lewis perfectly as she hasn’t had a proper hit in ages and is still claimed to be a globally iconic popstar every time she appears on the X Factor.

‘One More Sleep’ itself is about waiting for your fella to arrive as the snow falls outside and little Jesus’ arrival beckons. It’s more schmaltzy than the ending to Miracle On 34th Street and we love it for exactly this reason.

‘Last Christmas’ is not a song to cover on a whim, as Billie Piper found out to her eternal detriment in 1996. Seriously folks, you can do all kinds of abhorrent things to ‘Silent Night’ or ‘Merry Xmas Everybody’ but when you take on a Wham! classic it better be done with the utmost respect. Isn’t that right, Joe McElderry?

Mercifully, Summer Camp’s spin on this timeworn tale of mid-winter misery is stripped back and elegant in the extreme. Elizabeth Sankey’s voice intertwines with a spindling guitar line, and for three minutes and thirty-nine seconds, all seems right with the world. Well, our world at least - she’s miserable and rightly so.

Lily & Madeleine are two sisters signed to Sufjan Stevens’ Asthmatic Kitty label and bloody hell can they sing. The harmonies on ‘Holy, Holy, Holy’ so spellbinding that you actually feel a flutter in your stomach upon first hearing them. Did we mention the duo can play guitar and piano too? Suddenly, our ability to write pithy sentences seems more inconsequential than ever before.

Underneath The Tree (RCA Records)

There are Kelly Clarkson songs about having broken up with someone and there are Kelly Clarkson songs about not having broken up with someone. Other genre’s of music are available, but the ‘My Life Would Suck Without You’ chanteuse just doesn’t indulge in them. Since this is THE MOST WONDERFUL TIME OF THE YEAR, ‘Underneath The Tree’ is about having not broken up with someone. It’s also a blatant rip-off of Mariah’s ‘All I Want For Christmas', but that’s okay - this is the season of goodwill and Clarko sells her latest single with the effervescent vigour of someone who’s gone on a daylong eggnog bender.

There is something deeply amusing about watching Chvrches dressed in Santa hats and reimagining East 17’s ‘Stay Another Day’ as a traumatic outpouring synth-lead woe. It’s as though they wanted to do a four-to-the-floor cover version but couldn’t quite bring square it with their consciences. Oh well, there’s always next year.

“Santa won’t you bring me happiness?” coos Kate Nash on ‘Faith’, who’s seemingly unaware that she’s meant to ask St. Nick for a Spider-Man action figurine or a pony, or both. Even a decent PRS cheque for her new Christmas EP Have Faith With Kate Nash would be a better call. Because everyone knows that creative fulfillment is basically the same thing as whole-hearted contentment.

If you’ve been watching the X Factor this year then you’ll already know that (former) prison warder Sam Bailey reigned triumphant and has released a cover of Demi Lovato’s ‘Skyscraper’ as her winner’s single. If not, then here’s a live version of the power-ballad for your listening ‘pleasure’. Our favourite bit is when Nicole Scherzinger’s face when she’s choosing whether to cry or sing along. So much emotion, too little camera time.

Somewhere Only We Know (Parlophone)

When Lily Allen was asked by Nick Grimshaw what she thought of her chart-topping Keane cover, she replied, "I can't listen to the song, I've got to be honest."

‘Christmas Robot’ is written by the same Mike Stock who helped to create Rick Astley’s ‘Never Gonna Give You Up’, Kylie’s ‘I Should Be So Lucky’ and Dead or Alive’s ‘You Spin Me Round (Like a Record)’. It’s not like he needs the money, so why would Pete Waterman’s buddy release such an abominable piece of Xmas tat? Maybe he’s fundamentally opposed to the idea of festive cheer, the arsehole.

I Wish It Could Be Christmas Everyday (Universal Music)

As the charity single behind ITV’s Text Santa campaign, we won’t be too harsh on this decidedly low rent cover of ‘I Wish It Could Be Christmas Everyday’ by Five, Atomic Kitten and the rest of the Big Reunion cast. When we think about it, Abz’s rap segment is almost comparable to John Barnes’ effort on New Order’s ‘World In Motion’.

The Snowman and the Snowdog, Union Ch...