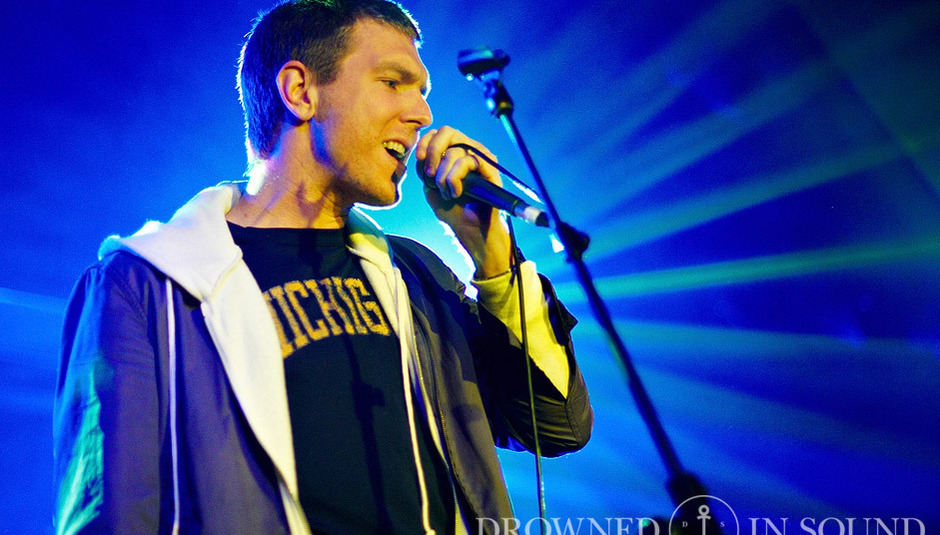 Don’t Leave Me, You’re My Best Friend… A Tribute to The Walkmen

Don’t Leave Me, You’re My Best Friend… A Tribute to The Walkmen

Last week, The Walkmen announced that they would be taking an "extreme hiatus". The news barely registered in the mainstream media. There was no fanfare, no big falling out and no onstage meltdown; just a couple of interviews where the band members gave a collective acknowledgement that it was time to leave it behind. This wasn’t a break up based on creative differences or growing apart, it was simply a consequence of the passing of time.

Anyone who knows me will already know what I think about The Walkmen. And anyone who has had the misfortune to be near me at the end of a night will almost certainly have heard me slur and rant my way through a recommendation that they listen to them. Now that it’s over, I figured it’s time I write down what they mean to me. Sober.

Can’t you hear me I’m calling out your name…

Dirty knees. Bruised knuckles. The inevitable after effects of The Rat being played in an indie club, or at a house party. After a few drinks I could never contain myself. The visceral energy of the song took possession of me – every time – and I would throw myself to the ground, punching the floor in sheer, furious delirium. It became known as my “move”, as if I had any choice in the matter. I can still remember the first time I heard it. My girlfriend (now wife) and I were half listening to Zane Lowe’s Radio 1 evening show in early 2004, when it came screaming out of the speakers. Time stopped, and for the next couple of minutes, nothing else mattered. I lay down so my head was right next to the stereo. “Please tell me what song this is Zane,” I remember thinking to myself. “Please.”

Everything about 'The Rat' is perfect. The furious inertia of the squalling guitar and synth intro; the frenzied drumming; the raging, throat-shredding vocal; the utterly fucking perfect middle eight; the bass thundering back in halfway through the final verse; the surging climax; and those echoing, emphatic twin snare hits that close the song. Nearly ten years later I still tell anyone who will listen that it’s the greatest song ever recorded. If it was the only music they ever committed to tape, their time as a band would have been worthwhile. But really, it was just the start.

The Rat’s parent album Bows & Arrows has stood the test of time much better than many guitar albums from the early 2000s. The Rat was the clear highpoint, but it was an album of variety, of both melancholy and fury; eleven songs of claustrophobia and of urban disconnection. Though 'The Rat' is their greatest song, it never became a millstone around their neck, because they always had other tricks up their sleeve. After one more album of trying, they realised that it was a one-off even they couldn’t replicate. And that realisation led to a second blooming of their career.

You wandered down an open road and you kept going…

The Walkmen have always struck me as something of the classic American touring band. Never selling enough records, nor playing big enough arenas, to live a life of rock star luxury; instead loading up the van and travelling to all corners of the world, to play to as many people as possible. And they never disappointed live. Everyone in the band played their part, from Matt Barrick’s ferocious drumming to Paul Maroon’s understated but perfect guitar lines. But it was always Hamilton Leithauser’s vocal performances that stole the show. Grappling with the microphone, arching his back with neck veins bulging like they could explode at any moment, his ability to lurch from soulful crooning to gut-ripping screaming night after night is incredible. His voice is a force of nature, howling into the sky as he drags the audience with him, right into the guts of a song.

A Hundred Miles Off never quite reached the heights of 'The Rat' or Bows & Arrows. Though there were some great songs on there ('All Hands And The Cook' is incredible), much of it felt strained, like the band were reaching to be something they no longer were, or to play a character they could no longer inhabit. Though there were signals for where they might go next – the brassy interludes on Louisiana, the echoing, clanging 'This Job Is Killing Me' – their next record would represent a new start; a break with the past and an acceptance of being who they were, not who they once were.

You & Me (DiS review) was where the Walkmen became themselves again. Whereas A Hundred Miles Off felt like they were trying to recapture the rawness and vitality of The Rat, You & Me sees them finding the character and self-belief to admit that energy is no longer there. Instead, by exploring their melancholic side more deeply, and by reaching back to a new set of timeless influences, they crafted a masterpiece of understated, sometimes clattering, sometimes soaring, often waltzing and always rewarding tunes that got better and better with every listen. There was nothing showy, nothing immediately attention-grabbing. This was simply The Walkmen rediscovering how to be themselves. And in the process, they created a song that would come to match 'The Rat' in their live shows as a moment of collective catharsis. 'In The New Year' came from a different place, but its stop/start structure and melody that kept rising and rising became another moment for several hundred people to scream along in unison.

You & Me is probably their best album. And it was also a new start. The space created by allowing themselves to breathe opened up a whole new template for where to take the band. A template that allowed them to produce two more great albums: Lisbon (DiS Review) and Heaven (9/10 DiS Review).

Remember, remember, all we fight for…

If it is to be their last album, then Heaven makes a perfect swansong. It was released shortly after my wife and I took the decision to leave the UK and move our lives to Vancouver, Canada. Over the following weeks and months, as we came to terms with what that decision meant, the title track became a kind of soundtrack to the emotions we were going through. It perfectly summed up the process of growing older, moving to new phases of your life while trying to stay true to the things that are important. So now it seems entirely appropriate that the song should also mark the end of a chapter in the lives of the five American musicians who wrote it.

In fact, there’s a kind of contentment to the whole album. Perhaps we should have realised all along. Even the cover art featured pictures of the band posing with their babies and toddlers. In hindsight you can only conclude that they knew, even as they were writing the album, that something was ending. Heaven is a beautiful record, giving the lie to the idea that contented artists can’t make great art. They can, it’s just that singing about contentment is really hard to do. The Walkmen make it sound easy. And what more perfect way to end than with a song about memories, about holding onto what is precious, and with a video that is a montage of their whole time together as a band?

The last time I saw them was here in Vancouver, at the Commodore Ballroom. Old friends on a new stage. It was a window that connected me to my past, to seeing them live countless times with groups of friends who were now in a different time zone. At the time I toasted my friends. Now it’s time to toast the band.

So here’s to The Walkmen: from the packed and sweaty Roadhouse in 2004 to a warm summer evening at Primavera in Porto 2012; from a half-empty Manchester Academy 2 to the packed aisles of St Philips Church in Salford; and from blowing the PA twenty seconds into the Rat at ATP to a last waltz in British Columbia.

From the first note to the last. It’s been a fucking pleasure.

DiScuss on our forum: Which tracks should we include on this introduction to The Walkmen playlist?.