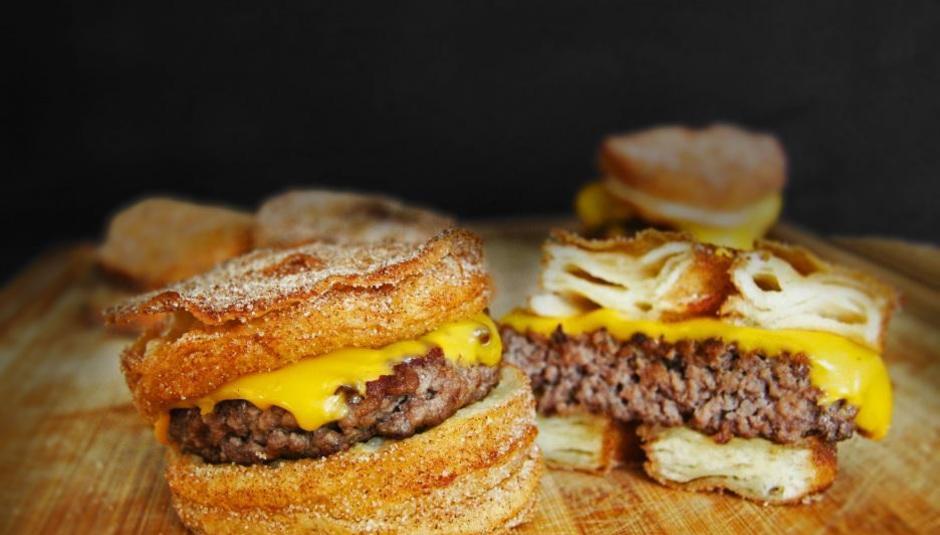 Tourmet Delights: The Best Things Musicians Ate On The Road in 2013

Tourmet Delights: The Best Things Musicians Ate On The Road in 2013

There have been quite a few features written over the years that have grabbed the attention of twitter's hive-mind (or maybe it's just my friends) about how Food Is The New Black/Rock & Roll/Indie Rock so whilst stuffing our face with a disappointing sandwich at our desk, we had a thought: if we're going to ask musicians what their favourite albums and songs of the year are, we might as well find out what deliciousness they've stuffed in their faces on the road. And lo! A new (perhaps semi-regular?) hunger-inducing feature - in association with the UK's leading fast food home delivery service JUST EAT - was born.

Actually did eat a Cronut (pictured above, in burger form), and it was amazing, but I had no idea everyone was freaking out about it. I bought one for my wife and brought it home because I thought it was so good, and then she started laughing at me, yelling, "You bought a Cronut! You bought a Cronut!" It significantly decreased my enjoyment of the Cronut, but that's my fault for living under a rock apparently. The real best thing I ate was this mozzarella bufala from this random deli in Rome. It was totally a fluke that we ended up there, we just were wandering the streets and found this place. The mozzarella was completely submerged in water, and the pieces peeled off like layers of an onion. It was the freshest, most pure, most delicious thing I've ever tasted. The Cronut wishes it could be this good. But cheese is hard to beat in any scenario.

In San Diego in April we stopped at this mexican place, it was out of this world. So many options but it all tasted amazing and the coffee had cinnamon in it. ranchoscocina.com

We also went to a place called Fette Sau BBQ in NYC. It's amazing barbecue food! Steve and I ordered $70 dollars of meat by accident as we didn’t know the weight measurements in the States and so we were still eating it the next day. Other than our amazement at the consistent high quality of Greggs all over the country? Well, we found a bloody fantastic Indian in Edinburgh called Kathmandu Nameste, which blew our socks off and just about pips everything else to the post... What's that, you'd like a top 5? No problem sunshine..

1) Kathmandu Nameste - Edinburgh
2) Burgermeister - Berlin
3) Steak and various preserves - Hamburg Docks
4) Pulled Pork - Oslo Sentrum Scene
5) ...a special mention to End of the Road festival, as there were no Greggs around, they made us pasties.. top ridering!

We toured Australia we stayed in Sydney for a couple of days, and each morning got breakfast at this place called Petty Cafe. They did this specific dish called "The Cure" that I've craved since we left. Just a very well done, healthy and delicious vegetarian breakfast!

The best thing I ate on tour was in London with my cousins at their restaurant/deli Italo at Brunswick House in Vauxhall. We had a pot of english tea, a big farm fresh salad followed by amazing coffee & hugs.

I had fish and chips from this guy called ‘Fish&’ at Beacons Festival, and now it’s got a home within Belgrave Music Hall in Leeds. They do this chilli and lime batter that blows my mind.

Sushi in Tokyo. We were there for the Hostess club weekender and I had some of my best and worst cuisine experiences to date. All the fresh sashimi - yes, Mozuku (cold seaweed vinegar soup) not so much. Horrid. 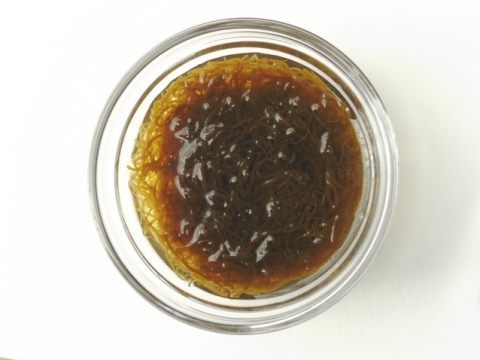 I ate a lot of great food on the road this year. But from the top of my head the highlight may have been this Nepalese restaurant in Hong Kong simply called “Nepal”. Small, cozy and amazing.

When the ladies and I were in Paris we were treated by our friend, Kevin Abosch, to an absolutely epic multi-tiered seafood platter at a beautiful bistro near our venue. I've never seen so much seafood in my all my life, in either variety or abundance. In fact, I think that was the first time I've ever gotten full on oysters. But besides the oysters, of which there were more than four people could ever consume, as well as the usual presence of clams, mussels, and prawns, there were also two different sizes of crab--both large meaty claws and soft, little guys, sweet langoustines, bowls of bite-sized whole fish (very crunchy), several kinds of chewy periwinkles, mild cockles, fresh razor clams, and creamy scallops--all washed down with several glasses of dry Riesling. That was one of the best meals, ever.

A late contender, but some sushi in Århus the other week was utterly mind expanding. Barbecued prawn skewers, poached salmon nigiri, Californian Rolls with special spiced rice and at the centre a salmon roe maki with a slither of cucumber keeping the eggs tucked in.

Joe Cardamone from The Icarus Line

Probably my favorite food on the road this year had to be the duck confit made for us at Bikini in France. It might have been the best meal I have ever eaten. God bless them french.

The best thing I ate was the meal I had at Minetta Tavern in NYC, great steak, great booze.

The best thing I ate on the road this year was probably the birthday cake we got for our guitar tech in Stockholm. There was fucking custard AND cream icing in there!!

Olugbenga, who's also a member of Metronomy

Had barbequed beef at The New Afrika Shrine in Lagos this summer. I was out there shooting a video and were very lucky to have enough free time one evening to go to a DJ night there.

I've been fortunate enough that touring has taken me to Austin BBQ, fresher than fresh Norwegian sushi and Mexico City's most famous breakfast, but I got to say the girl inside me still waiting for the L18 bus home from school was most excited to welcome Greggs to UK motorway services.

I was definitely blown away by the cuisine in Istanbul.

I had a good 'King of the Day' twosie at each end of Cardiff, Queen Street's Burger Kings the other day which felt like a culinary tour in itself.

P.S. If reading that made you feel hungry, follow our friends at the UK's leading fast food home delivery service @JUSTEATUK on Twitter for all kinds of discounts and competitions.

1) Our favourite musicians, favourite songs and albums of 2013
2) DiScuss: What was the best thing you ate in 2013?
3) NY Mag: When Did Young People Start Spending 25% of Their Paychecks on Pickled Lamb’s Tongues?