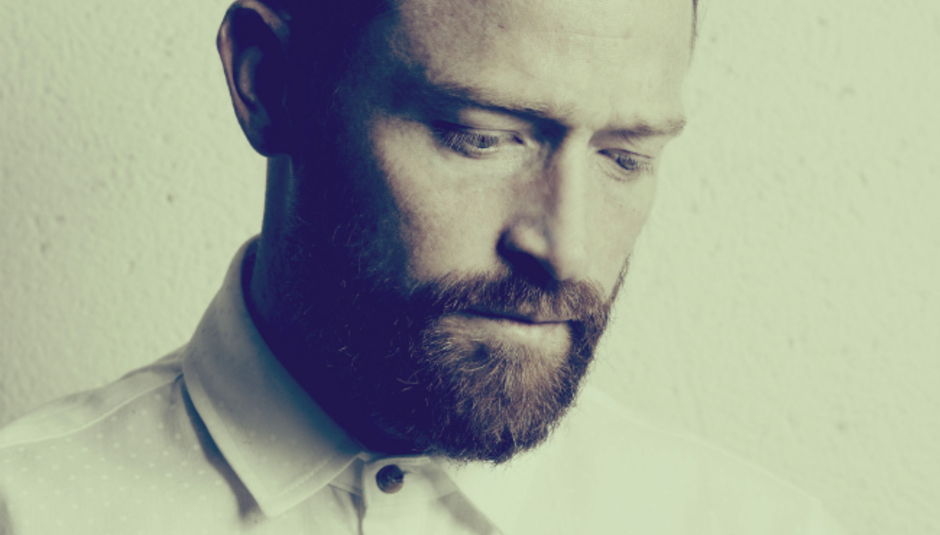 Recently awarded 8/10 by DiS' Aaron Lavery, James Mathis' (aka Barbarossa) album 'Bloodlines' was hailed as "a great example of someone following their musical instincts into new areas and finding success". Here, James talks us through his ten favourite soul and electronica tracks.

Dirty Projectors – Gun Has No Trigger

'Gun Has No Trigger' blends the two genres really well. I first got into them around the release of Rise Above and was blown away by the incredible harmonies off set by his wilder vocal style. I love listening to music that takes risks and with his vocal it feels like he may not make certain notes and he sounds like he is working so hard to keep the whole thing going. It kind of sounds like it could fall apart at any point even in his guitar playing and in the beats too, which I really love too. The electronic element is done really tastefully; the programmed drums have been chopped up but you don’t lose the groove.

Prince has always been a pretty big influence for me. I grew up with his album Diamonds and Pearls but when I started looking into his catalogue more It was the stuff around 1980/81 that I really connected with. 'Head' is just so raw and yet it grooves so well and I love how the organic drums are mixed in with the drum machine claps. This is a golden period for me - 1977-82. My favourite casio keyboards like the MT-70, and drum machines like the TR-808 and CR-78 compurhythm were made around this time. These machines are full of character and charm and sound more ‘human’ than later electronic kit.

Hot Chip – Look After Me

I really love what Hot Chip do but I am most into the soul ballads with the stripped down instrumentation and intimate heartfelt vocal from Alexis. The drum machine sounds in this track are great. I think it might be a mini pops or Bentley rhythm ace. The sounds from these machines are so wet and rich. I think I might be getting a bit carried away talking about drum machines here but I am pretty obsessed so I apologise.

I have always loved what Arthur Russell does from the more organic side of ‘Couldn’t Say It To Your Face’ to this track. This mix of soulful vocal against the electronic backdrop was a big influence on my record. I really wanted to create a backdrop for my songs that was not just an acoustic guitar or a piano. I wanted the backdrop to reflect the sounds that I was really inspired and excited by like the old casios, the omnnichord and the analogue drum machines like the 808. It took a while to get a sound that I felt still had the same heart as doing it with the organic instruments.

Frank Ocean – Thinking About you

It took a bit of time to get into this record but this track always stuck out as the chorus is so good. The production on this album is so creative for a mainstream record. Pop music is a hard genre to get right in terms of taste. Often it is heavily reliant on the production to take it somewhere unexpected. Timbaland did a great job with Justin Timberlake on tracks like ‘Like I Love You’ and ‘Cry Me A River’ but I think the new stuff was a let down as they didn’t really move the production on.

This track never fails to move me. It's such a well crafted song and so simple. The hip hop loop of live drums and soulful vocal was one of the main influences for my track ‘Bloodline’. For me this is the perfect mix of soul and electronica as it retains the heart of the song, which is not easy when you begin to bring in the electronic element.

I love this for the same reasons as the Massive Attack track. The electronic element is so subtle from the programmed bass kick drum to the vintage synth strings. It gives such a gritty backdrop for Beth’s pure beautiful vocal to soar over.

This track is so good. It mixes lots of my favourite things; a pure old school soul legend and casiotones and a 808 drum machine. I genuinely get very excited when I hear music created like this rather than trying to re create the classic soul production of the 60’s and 70’s. I love music and artists who try to move things forward and I think this really worked and still had all the heart of Bobby’s earlier stuff.

I was addicted to this record when it came out, I just hadn’t heard anything like it. Again the use of a programmed bass kick and live kit over the top just works so well. I used this idea for ‘Pagliaccio’ and ‘The Load’ on my new record. I was lucky enough to be lent an 808 drum machine when I recorded the album by my friend who is a street artist called ‘Pure Evil’. He has loads of vintage drum machines in his basement. We have spent many happy hours just linking them all up and experimenting.

James Blake uses the electronic element is a different way again, pulling more from dance music. I love how minimal his stuff is yet it has such power. I think he is one of the most exciting artists to come out in the last couple of years and it’s really encouraging that the mainstream has embraced an artist like him. I was playing in Junip at Latitude the other day and James was on after us, this track was the highlight for me.

Bloodlines is out now on Memphis Industries.

Some Goals Are Bigger Than Others: Dr...