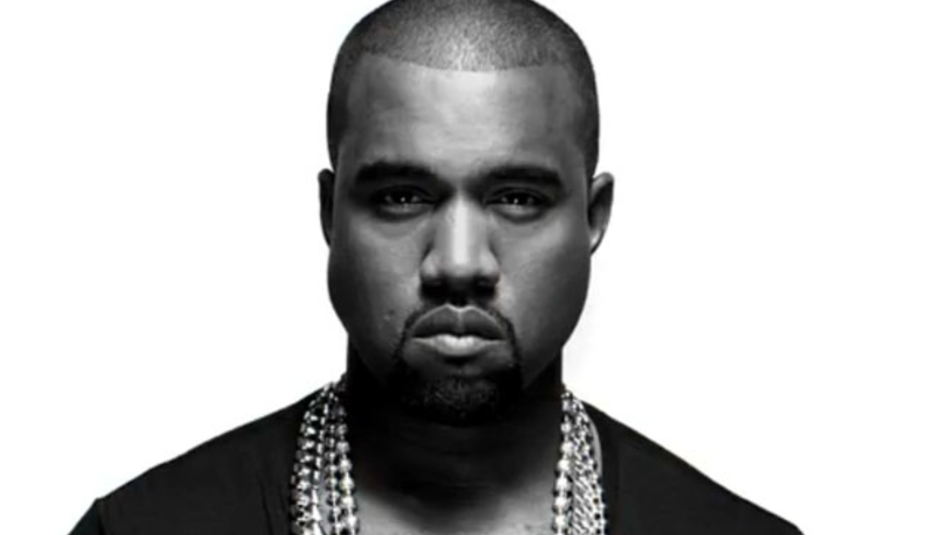 I’ve always had a love/hate relationship with Kanye West, swinging back and forth between the two more times than I care to remember. His production skills have never been in question, that much is inarguable, but for the most part he's always been a clumsy rapper with a magnetic presence. For every moment of inspiration, there are usually two more clanging punchlines and ten rhymes mushed together like an imperfect puzzle.

At a certain stage, though, I think I got bored of bemoaning his innate goofiness on the mic, and just started embracing Kanye. Whom, all things considered, is one of the most important artists in my life as a hip hop fan. Not only that, but whether we embrace him or not, Kanye is one of the most vital and boundary-breaking stars we have; a musician who will actually use his considerable platform to challenge our expectations and prejudices, regardless of whether he comes out of it smelling of roses. By way of celebrating the release of Yeezus then, it seems as good a time as any to run through some of my personal favourite Kanye moments – as a solo artist, producer, and always hilarious interviewee.

Home (Get Well Soon)
The pick of the bunch from Kanye’s pre-College Dropout material, ‘Home’ ended up on one of his very few official mixtapes - Get Well Soon. It’s the kind of big, rousing production that typified his early career and in this case Kanye matched it with what are still some of his most emotive lyrics. It’s mystifying that this didn’t make the cut for his debut, but Ye revived his words on the Chris Martin-featuring Graduation single ‘Homecoming’.

Spaceship (The College Dropout)
While Kanye was far from a nobody when he released The College Dropout, that record is unique in his discography as the one on which he can have any claim to normality. ‘Spaceship’ is a song that neatly expresses the frustrations of working a minimum wage job balanced with trying to build a rap career. That struggle is very cleverly reflected in the beat, which lumbers in the background as Ye sings about working the grave shift at Gap, then flutters away in hi-hats as he imagines his ticket out.

Crack Music (Late Registration)
Kanye’s career as a political musician is often bizarrely overlooked, or perhaps deflected by his celebrity and award ceremony infamy. ‘Crack music’ is one of many significant statements he’s made in the name of equality; putting his black power fist somewhere much more useful than on Yeezus cut ‘I’m in It’.

Gone (Late Registration)
One of my favourite Kanye productions, I love the way he cuts through this song with those massive string stabs. This might have easily been a simple composition based around the Otis Redding sample, but Ye was really at the peak of his production power at this time (in a pop format, anyway) and managed to elevate it to a whole new level. The Late Orchestration version of this is just as terrific.

Self Conscious (Freshmen Adjustment 2)
Kanye's Freshmen Adjustment mixtapes might not have been an official series, but they felt like it to me – they even sold them in HMV. The poetry-styled performance of ‘Self Conscious’ is what makes this so special, offering a rare example of Kanye’s sense of humour on what is lyrically one of his best songs. This of course went on to become ‘All Falls Down’, which for very good reason remains a constant in his live performances.

Bring Me Down (Late Orchestration)
Kanye’s live album dropped at an appropriate time in his career, when the grand string arrangements of Late Orchestration perfectly supplemented the scale of his music at the time. This would hardly work with his songs as they sound now, but the Abbey Road version of ‘Bring Me Down’ still sends shivers down my spine. If I could choose any stage of his career to watch Kanye perform, it would be this.

Welcome to Heartbreak (808s and Heartbreaks)
Before Kanye started getting really angry, he spent a good period of his career just being fucking sad – I think I liked that period best of all. ‘Welcome to Heartbreak’ is one of roughly a million songs he’s written about how empty his life is, but at this stage he’d never made it quite so obvious. He spends three verses placing himself hopelessly outside of the experiences of normal people, before attending his god sister’s wedding – but he had to leave before they even cut the cake. Awww.

See You in My Nightmares (808s and Heartbreaks)
This song is all about Lil Wayne’s performance, but it’s in Kanye’s sombre, synth landscape that Wayne delivers one of the verses of his career. The contrast of numb auto-tuned hooks and unsettling outbursts of human emotion is what makes 808s and Heartbreaks so incredibly affecting, but getting that balance right is difficult to do. This album has a lot to answer for with regards to some of the rap it inspired, but this is an example of Kanye getting it very right.

So Appalled (My Beautiful Dark Twisted Fantasy)
Like a lot of My Beautiful Dark Twisted Fantasy, ‘So Appalled’ does a good job of taking pretty standard rap themes but reframing them. I just love how thoroughly unhappy everybody sounds on this song, rapping about sums of money we can’t even begin to understand to a dystopian soundtrack of empty extravagance. That’s why when RZA finally shows up to shout the house down, it feels nothing other than appropriate – “You know this shit is, fucking ridiculous!”

Murder to Excellence (Watch the Throne)
The standout moment of Jay and Kanye’s Watch the Throne, ‘Murder to Excellence’ finds Ye surveying the devastation in Chicago’s poorest black neighbourhoods. It’s Kanye at his most powerful and direct, even stopping to break down the numbers for us so that it’s impossible to ignore – “I feel the pain in my city wherever I go / 314 soldiers died in Iraq, 509 died in Chicago”.

"If you're driving a car and you're trying to get in another lane, you're looking for your opportunity to get in this lane, right? My goal is to be on the freeway in a fucking plane. In all lanes at all times.” Complex, 2007

“Whatever we as black people are the best at, I'ma go get that. Like, on Christmas I don't want any food that tastes white. And when I go to purchase a house, I don't want my credit to look black." Spin, 2007

"There's nothing more to be said about music. I'm the fucking end-all, be-all of music [...] Man, we talked about music for God knows how long! Now let's talk about how my fucking sweater didn't come back right from Korea. That's what's interesting to me." Details, 2009

"I got into doing beats for the video games I used to try to make. My game was very sexual. The main character was, like, a giant penis. It was like Mario Brothers, but the ghosts were, like, vaginas. Mind you, I'm 12 years old, and this is stuff 30-year-olds are programming. You'd have to draw in and program every little step — it literally took me all night to do a step, 'cause the penis, y'know, had little feet and eyes." Details, 2009

“My greatest pain in life is that I will never be able to see myself perform live.” VH1 Storytellers, 2009

“I promised I wouldn’t tear up… but have you heard of a little thing called Lindsay Lohan’s Ungaro collection? That was like the 9/11 of fashion. It was game over for me after that as no one would take a celebrity trying to do fashion seriously.” Daily Mirror 2010

“When I visited Wayne at Rikers Island, I had a suit on with some slippers, and the guard said, “Man, those shoes are amazing.” And I said, “Yes, they are. I’m Kanye West.” XXL, 2010

"I will be the leader of a company that ends up being worth billions of dollars, because I got the answers. I understand culture. I am the nucleus." New York Times, 2013

Ten beats for other people


In part two of this column Kyle will be taking a closer look at Kanye’s relationship with Chicago, and picking out ten newer rappers from the city to get excited about. You can find him on Twitter