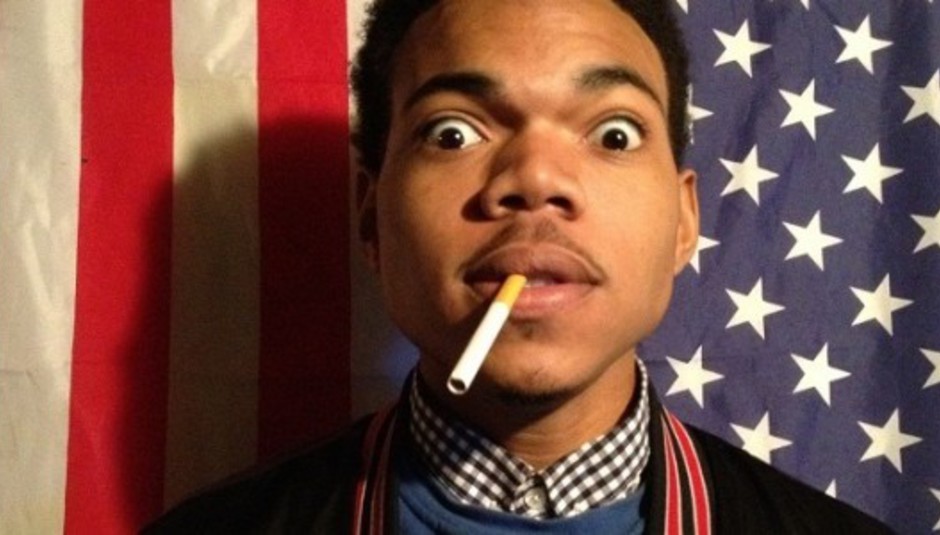 Kanye West is the biggest success story in the history of Chicago rap music, but the ways that lineage manifests itself have become increasingly unpredictable. Perhaps best known for his proud sampling of the city’s soul singing greats, his early records also offered very conscious leg-ups (no pun intended) for local peers like Common, Lupe Fiasco, Twista and GLC. His latest LP, Yeezus, often feels a million miles away from where he started, but yet it’s arguably his most Chicago record to date; juddering around in the shell of acid house, industrial and drill rap.

Kanye’s relationship with Chicago has been an ongoing tussle that has weighed heavily on his past records. Freshman Adjustment rarity ‘Home’, for instance - written in the sessions for The College Dropout - is a song explicitly about leaving his city behind on the path to success, and how heavily that decision weighs on his heart. Two solo albums later and it was still on his mind as he revived the lyrics to make ‘Homecoming’ featuring Coldplay’s Chris Martin; Kanye had since become one of the most successful musicians in the world across all genres, but as his ego expanded so did the sentiment in his most blatant Chicago love letter.

Fast forward to 2013, and Kanye’s support of Chicago’s drill music is his most purposeful involvement in the city’s rap scene for years. After initially remixing Chief Keef’s regional-turned-global anthem ‘I Don’t Like’, Kanye has now thrown him into the middle of Yeezus on a surreal duet with Bon Iver’s Justin Vernon. It would be easy to dismiss this support as a desperate leap onto Drill music’s edgy rap bandwagon, but there’s more to it than that. As Kanye becomes audibly angrier at society, draining the soul out of his sonics and literally crying out in exhaustion, is it any coincidence he’s chosen to pick out a young man like Keef, whose balance of anger and numb detachment from the world so strongly resembles his own? I don’t think so.

While Kanye continues to aim shots at western civilisation, black communities back home in Chicago’s South and West side neighbourhoods are still being torn apart by the city’s long-running gun violence epidemic. Kids growing up in those areas don't have a choice whether their lives are affected by the violence, in Chicago - you don't chose the gangs, they chose you. This is not a column about that – although if you’re interested, this documentary and this podcast both offer vital, heartbreaking insights – but it’s about how Chicago’s rap music is thriving under these grim conditions, articulating great pain in terms that we can understand, or turning it into forceful statements of rebellion.

“But if you really cared for her,
Then you would have never hit the airport and followed your dreams,
Sometimes I still talk to her,
But when I talk to her it always seems like she talkin’ ‘bout me,
She said you left ya kids and they just like you,
They wanna rap and make soul beats just like you,
But they just not you.” [‘Home’]

Yeezy may not be fighting on exactly the same page as the rest of Chicago rap these days, but both of them are still fighting. Kanye’s legacy as a rapper and producer continues to loom large over Chi-town’s rap scene, but it’s a place that now feels like it’s ready to emerge from under his shadow. So without any further Kanye rambling from me, here are ten of the artists that are putting the windy city back on the rap map;

Probably this year’s most notable breakout success, Chance the Rapper is a twenty year-old Chicago kid standing on the verge of superstardom. The plaudits are justified too; Chance has proved equally impressive in eager bursts of intricate lyricism, or more sombre moments that might haunt your sleep. "Everybody's dying in the summer," he sings mournfully on 'Pusha Man', "pray to god for a little more Spring". His latest project, Acid Rap, is full of intricate details like this, displaying a poise that wasn’t present in his material a year ago; the scary part is that I get the impression he’s only just getting started. Chance is lucky enough to be blessed with one of those instantly recognisable rap voices, so whether or not you’re familiar with his yelpy, pitched-up sing-rap, it surely won’t be long before that choice is taken out of your hands. Oh, and his brother raps well too.

At 26 years-old King L – formerly King Louie – is something like the elder statesman of Chicago’s drill scene. While that doesn’t seem old enough to play the experienced pro in any lane, in a movement that has been driven on the momentum of kids being forced into adulthood, Louie sticks out as a rapper with years on his side. His mission is less singular than guys like Keef and Lil Reese – he’s armed with more varied flows and a wider register – but at his most engaging there’s arguably nobody doing Drill better. King L was one of a handful of Chicago rappers signed up in a major label panic last year, but his global star is undoubtedly on the rise; notably, he was handed the only guest rap verse on Yeezus.

There’s something of early-Kanye in the way Tree chops and twists up soul samples, and yet he’s definitely no College Dropout clone. Living in Atlanta for a short while before moving back to Chicago, Tree has adopted the rattling hi hats and bass drops of trap music and created a sound that exists almost on its own. His greatest asset, though, is his throaty, perma-strained voice that cuts in and out of his production and turns his hooks to gold. Tree has no shortage of stories to tell of his life growing up in the Cabrini Green housing projects, and if his music doesn’t move you on some level you might want to check your pulse.

Flipping effortlessly between gnashing-teeth rap verses and seductive R&B hooks, 18 year-old Tink is one of hip hop’s rare double-headers. Her songs can be brilliantly playful, aggressive, or loved-up ballads like the head-over-heels ‘Background Music’ and ‘Background Music Part 2’. Music just seems to come naturally to her regardless of which approach she picks, crafting album quality mixtapes in either style or mixing them together seamlessly as on January’s Blunts and Ballads. This is what makes Tink so likeable; there’s nothing clumsy or forced about the music she’s making, it just comes out however she’s feeling on any given day – there’s something beautiful about that, and I hope it never changes.

Lil Durk’s irrefutably anthemic ‘Dis Ain’t Want U Want’ is a close sibling of Chief Keef’s ‘I Don’t Like’; both set to heavily sinister drill productions and built around their titular slogans and what is essentially a list of things. That’s That Shit I Don’t Like, Dis Ain’t Want U Want – these basic hooks are typical of Chicago’s drill scene and it’s their simplicity which makes them such endlessly repeatable, threatening and exciting mantras. Durk is particularly engaging on the mic, whether he’s smothering his vocal tracks in anaesthetising autotune or just rapping his ass off for the duration as on ’52 Bars’.

Chicago’s Save Money crew is spitting out material at a rate of knots right now, but don’t let that put you off checking out Dally Auston’s The Wood. His quietly impressive debut mightn’t be as showy as Chance’s Acid Rap, but Dally’s wordplay occupies a similarly smart space to his crewmate. He raps about regular things – getting high, or on his grind – but he does so in an irregular way - “Still that silly rabbit looking for carrots, not Zirconium / Diamonds are forever, then let a nigga pawn one of them,” he raps on ‘99 Cent’. Auston doesn’t put any particular emphasis on his best punchlines or quips, but they come thick and fast – he’s probably too busy writing the next one to care.

Julian Malone was announced as a Stones Throw signee late last year, but it looks like he has left the label under some pretty odd circumstances. Label politics aside, Malone is a versatile rapper/producer who seems to get stronger every time he enters the booth. He’s not quite the finished article yet, but songs like October 20th - which deals with the death of his grandmother - have shown that he’s not afraid of putting his vulnerability in the spotlight, and that’s refreshing. Whether he signs to a different label or remains independent, Malone and the rest of his 2008ighties crew are well worth keeping an eye on.

While not technically a group as far as I know, Herb and Bibby often appear on the same songs and have been making a big impact together in Chicago drill circles. Although they’ve delayed releasing anything yet in terms of albums or mixtapes, their steady flow of bleak, grainy street rap has been blowing up regionally and pushing YouTube play counts into six and seven figures. As long as they have humongous productions like C-Sick’s ‘Play They Role’ behind them, it’s surely just a matter of time before Herb and Bibby make their breakthrough proper.

I always liked the Cool Kids. Sure, they were retro as all hell, but Chuck Inglish’s masterclass in sparse, trunk-rattling production was enough to make almost anyone sound half decent. Sir Michael Rocks is the Chicago half of that duo, and since going solo he’s signed to Currensy’s Jet Life stable and proven to be a surprisingly convincing solo prospect. For now, he’s kind of in that Pusha T spot – a likeable and very able presence, but he’s still trying to work out where he fits without his partner in rhyme. Like Pusha, his album is out later this summer and while there are no guarantees, it will definitely be worth a look.

It’s probably a bit premature to pick out Noname Gypsy on a list like this because she only has four songs online, but fuck it; those four songs have made a major impression on me. Appearing out of nowhere on Chance’s the Rapper’s ‘Lost’, her verse brims with sadness and longing – “Fuck me into open caskets, I wanna die with this,” she raps, dreaming her loneliness and innocence away with the silver buttons on her dress. On ‘Rappers Only’ she manages to articulate part of the message of Kanye’s ‘New Slaves’ into a minute-long snippet with none of the drama, while ‘Paradise’ finds her dreaming of becoming rich, but only to put her in a position where she might change the world. Its early days for that, and for her music, but forthcoming mixtape Telefone will be a triumph if it’s anywhere near as good as these few songs.


--
Regular Champion Sound service should resume next time, but for now Kyle is on Twitter and Tumblr. Yeezus loves you.