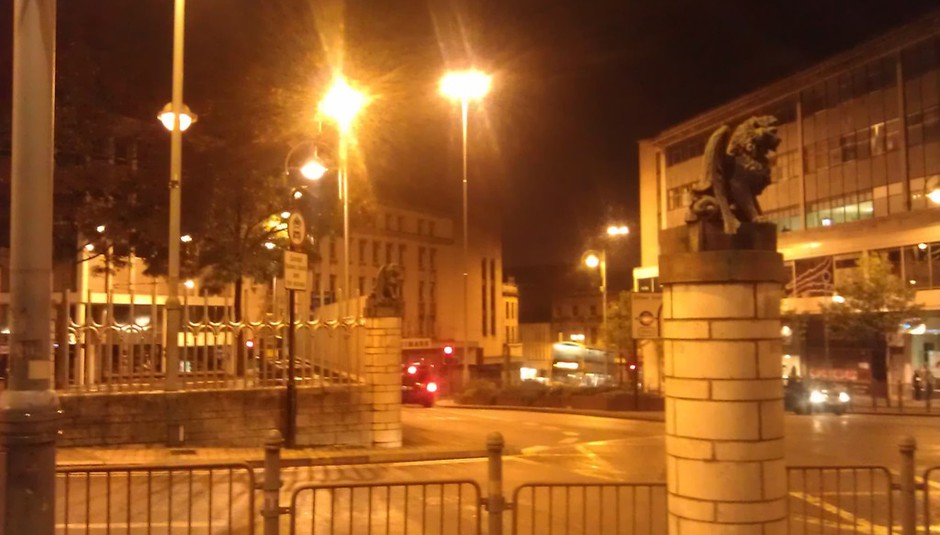 That sound okay to you?

Get it on your stereo

Two of our favourite members of Wooderson have made an EP. Che Ga Zebra is Loic Tuckey (guitar/vocals) and Ben Hunter (drums), and they play a strange blend of post-hardcore noodlings and slacker surf-rock jams. What Girls Want is the sound of Fugazi and Slint playing each other at volleyball on Cleethorpes beach, and it’s genius. It was recorded in Leeds at Suburban Home Studio, by MJ from Hookworms, who seems to have had a hand in pretty much every great DIY release in recent memory. It’s got nice artwork too – props to Lisa O’Hara. There’ll only be fifty of these cassettes (released, naturally, on The Audacious Art Experiment) and they’ll be shipped out around July 19th, when there’ll be a launch gig down at the Audacious Space. You can also hear the whole thing on Bandcamp.

You know what, you might as well throw out your CD player, because L’Amour Des Rêves are releasing a tape too. Their EP is called Avec L'Amour Des Rêves and it’s very odd indeed – a sincere stab in the direction of the sixties girl group sound, but minus Phil Spector or any attempt to make anything remotely marketable. In many ways it’s more Moldy Peaches than Martha and the Vandellas, but it’s still an enchanting ten minutes of golden age pop seen through post-punk eyes. It’s out on July 15th on a new indie label, SYE, and you can hear it on Bandcamp.

Oh, better pull your CD player out the bin, because it turns out you’ll need it to play the The Mother Folkers’ debut album. ¬Spinning Yarns came out earlier this month, and it confidently passes the test for any contemporary folk album, in that it maintains its authenticity throughout, immersing itself in the global tradition, without ever sounding generic, unimaginative or, worst of all, lame. It was produced by Nick Cox, off of one of our Sheffield favourites Screaming Maldini, and has more lovely artwork from the aforementioned O’Hara.

Hey Sholay, who released one of our favourite albums of last year, are back with a new EP, Cloud, Castle, _. You might have already heard ‘WDYRWMTB’ on BBC 6Music, in which case you’ll have already worked out that this is a more understated effort than _((o)), with the band keeping their frivolous side in check to create something sincere and genuinely moving (while still psychedelic as fuck, in places). You can hear it all on Soundcloud, or see watch the video for ‘WDYRWMTB’ below.

Now this is a weird one. Johnny White is a guy from Sheffield who performs as Fairewell and released his debut album, Poor, Poor Grendel, in 2011. We didn’t write about it at the time because he’s actually based in London, and it’s important to us to showcase the stuff that’s got a South Yorkshire postcode. But the other week we got a press release about his new EP, which is called Nether Edge – as in the area of Sheffield where you live if you actually make a living from art and eat houmous for breakfast. According to Johnny, the EP is based on a friend not inviting him to his birthday party when he was 13. “It's also about Nether Edge,” he says, “which is an area of Sheffield and I can't properly explain it, but if your hometown gives you that funny feeling of nostalgia that seems to refer to an endless Sunday in a past-life, or if you’ve ever been hexed by a cassette, or if you've ever found yourself sat on the kerb, staring with a wild sadness through the windows of Pizza Hut, then this is probably up your street.” So yeah, this seems like as good a place as any for it.

Now, back to business. We know Jack Collister and Ed Crisp as one half of Best Friends. Well, now they’ve made a tear-inducingly pretty album for Jack’s acoustic side-project Five Leaf Nettles. It’s a blissfully naïve take on Americana, complete with bedroom recording hiss and mumbled, slightly off-mic vocals. One to listen to as you laze away a sunny Sunday with a loved one. Listen to the whole lot on Bandcamp.

Castleton’s finest sibling blues-rockers Drenge are reportedly on track to have their debut album out in August. Here’s the “gritty”, “northern”, “This Is England ‘13” video for their new single ‘Backwaters’, out July 1st.

Get it in your diary

Tramlines, we’ve talked about. That aside, we all know how it goes over the summer, with touring bands avoiding the bigger venues in favour of festivals. Still, there’s plenty of smaller venues who aren’t shutting up shop until September – and a new one, The Bell Jar, opening in London Road at the end of the month – so here’s some stuff that should keep you amused until Freshers’ Week.

June 25th – Dicopolis / The Half Earth / Corner Control – The Bowery

August 1st – Toots and the Maytals – The Plug

Get on the lookout

Remember last time, we told you about Without Feathers, the new band featuring ex-Standard Fare singer Emma Kupa, Nat Johnson (of …and the Figureheads) and Rory McVicar? Well now they have some acoustic songs you can hear on Bandcamp. Sweet enough to cheer up even the most heart-broken Standard Fare fan, we’ll be keeping an eye out for more.

While Algiers keep us waiting for their debut album, singer William Anderson has had some of his acoustic tracks recorded by his former Dartz! bandmate Henry Carden. William is genuinely one of the most distinctive lyricists and talented guitarists making music in the city, and the six tracks up on his Soundcloud are, if nothing else, further proof of it.

Sam Richardson is Max Langley, or maybe Max Langley is Sam Richardson. One of them, anyway, makes electronic pop music, which isn’t something we dedicate a lot of time to on here because it’s usually makes want to go, “Warp was 20 years ago, maaaan”, or, “You’re not Martyn Ware, you pretentious little shit”. Max Langley, however, has mastered the kind of retrofuturism that we like – there’s a respect for the rules of pop music in his songs from outer space, which makes us think of The Knife, Hot Chip and Dan Deacon, instead of making us wish that Cabaret Voltaire never happened.

The Skipping Forecast used to be Longest Serving Understudies, and are still Luke Twyman from Trans/Human and Sophia Pettit from The Mother Folkers, who we introduced you to earlier. This is a darker, dirtier style of Americana, and it’s one the pair will soon be taking round the USA itself as they attempt to become pop royalty like The Saturdays. You can say farewell when The Skipping Forecast play at the Audacious Space on June 26th. FUN GUARANTEED.

I care, somewhat, about your songs. Email me at rob_cooke1@hotmail.com or find me on Tumblr and Twitter.